Many, many years ago, before “anime” was ever a word, American audiences first got hooked on Japanese storytelling through a syndicated series Harmony Gold had named “Robotech.” Their creation was a splice-up of three different yet similar mecha shows, dubbed in English and sold as one continuing narrative. But continuing narratives were very rare in American animation at the time, as well as plots with real stakes. Robotech had those things all to itself, and it blew away a generation of 80s nerds.

As one of the firecrackers responsible for setting off the anime market in the US, Roboetch’s importance can’t be understated….which is why it’s kind of a pain Harmony Gold has made the dub so hard to reissue for so many years. But the drought is finally coming to an end…the legal mess has been resolved, and Robotech is about to be re-released in today’s most popular formats. 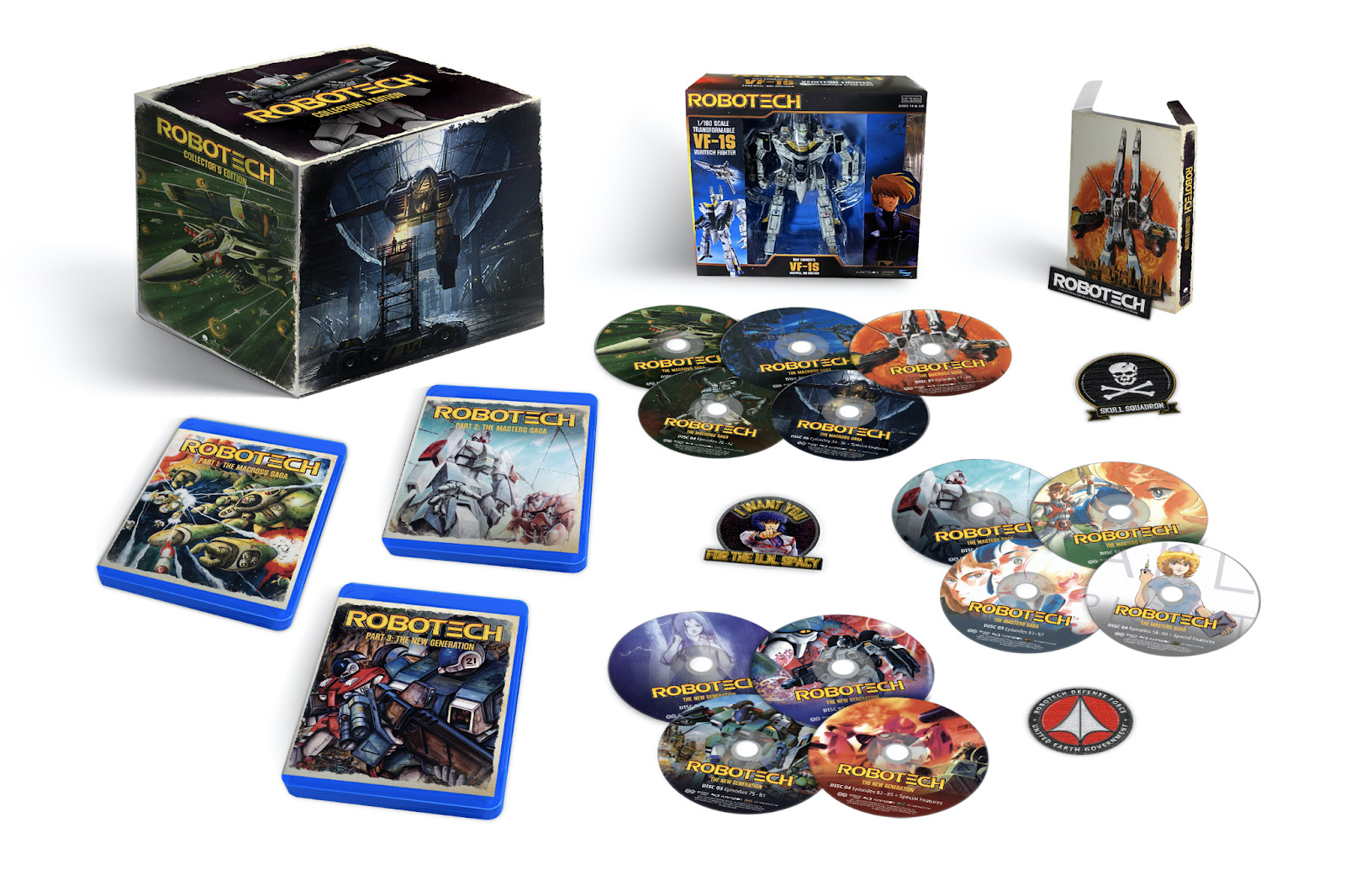 You want to stream it? Funimation has you covered. They now hold the distribution rights and will be adding all 85 episodes of Robotech to their service this fall. If you want something more physical, a new Blu-Ray is in the works as well and should arrive at the same time. A special Collectors Edition will be available only through the Funimation website and include a Transforming Robotech (Roy Fokker’s VF-1S), an exclusive Variant Action Figure (Roy Fokker in Pilot Uniform Variant Shade of Black), and a series of Robotech-embroidered patches.

“Robotech is a beloved series and an integral part of anime history,” said Mitchel Berger, Funimation Global Group’s Senior Vice President of Commerce. “It’s a wonderful opportunity to engage the original passionate fans from decades ago and also expose a whole new generation to this classic series.”

Look for Robotech to return this fall on the Funimation app. The Blu-Ray will be available starting September 28.

Check Out The First Three Minutes Of Manoru Hosuda’s Belle

Mamoru Hosoda has directed some of the finest anime films of the past few years…Summer Wars, The Girl Who Leapt Through Time, The Boy and The Beast, Wolf Children and more. His next big project, Belle, is about to hit theaters…but you can watch it for free today! The first