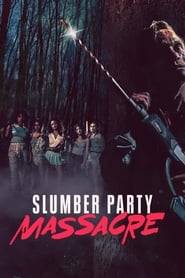 
Tagline: You know the drill!

Plot: Dana, daughter of the only survivor of a massacre in 1993, is going on a weekend trip with her friends. After their car breaks down in the very same town where her mother once fought the Driller Killer, Dana and her friends must come face-to-face with the man who has haunted her mother’s life for the past 30 years.

This remake was rather enjoyable for me. I'll admit that it doesn't accomplish anything innovative or venture into uncharted terrain. It was just entertaining to watch.

This was my favorite slasher of the year in 2021, and I appreciated the remake for what it was. The actor Russ Thorne was fantastic. Funny tale, I did see the third one, which I hadn't watched before. I strongly advise you to see it since the tone is extremely similar to the original and not the sequel.

This was my favorite film of 2021. A remake that did what the original intended to do and added a gender-reversal of certain horror movie tropes. Add to the mix a major twist to kick off the third act.

Full review:
The original 1982 Slumber Party Massacre was originally meant to be a “parody” or “satire” of slasher films until Roger Corman felt it would be better off as a typical slasher and the film would be a cult classic. Nearly four decades later, screenwriter Suzanne Keilly seems to have brought what Brown originally wanted when it comes down to the script: part slasher and part satire on both feminism and toxic masculinity with making it known instead of hiding it. Add to the mix Danishka Esterhazy, who directs the film with what we saw in the original film: loads of teases and a whole lot more.

The young cast of potential victims are great in this as they each have a certain personality that helps drive the story. Hannah Gonera leads the way as Dana, the strong-willed daughter of original survivor Trish, played in the 1993 scenes by Masali Baduza and in the present by Schelaine Bennett. Frances Sholto-Douglas is the intelligent and sometimes angsty Maeve, who feels like she has to be the leader of the group. Mila Rayne does great as Maeve’s precocious and outspoken sister Alix, who is hellbent on joining the girls. Alex McGregor is the dirty-minded Breanie, who in a pretty funny scene is playing with a dirty action figure in a general store. Finally, there’s newcomer Reze-Tiana Wessels, who does a great job as the ditzy Ashley, who questions everything quite a lot.

Kudos has to go out to Michael Lawrence Potter, who plays podcast fanatic John, whose buddies look like a frat house consisting of Eden Classens’ Matt, Nathan Castle’s Sean, and the two Guys (seriously, they are called “Guy One” and “Guy Two”), played by Richard White and Braeden Buys. Potter definitely plays the leader of the boys, who as mentioned earlier, brings up “toxic masculinity” when the guys attempt to prove their manliness by trying to find the Driller Killer, Russ Thorn. The guys are also the victims of “flip the switch”, in which certain tropes in the original switch from the ladies to the boys, a smart move on Esterhazy and Keilly’s parts as they pay homage to the original. However, look out for a major Macguffin that actually pays homage to the 1987 sequel.

Which brings us to Rob Van Vuuren. The funnyman from South Africa churns out an amazing performance that would, could, and should make the OG Russ Thorn, Michael Villella, proud. Van Vuuren’s facial expressions are pretty scary and at times, laughable, when it feels overdone. However, the piece de resistance is when he spurts out the exact lines OG Thorn says but instead of one whole scene, sporadically blurts out the lines while drilling the hell out of victims.

The kill scenes are reminiscent of the 2018 Halloween film where it meshes off-screen subtlety and really gory. There are some obvious CGI moments but that doesn’t take away the insanity of the film. After all, when Esterhazy directed The Banana Splits Movie, she went all out with the graphic gore kills and in this film, there are two highlight kills, one in which one victim gets a major slashing to their face and one in which another victim is killed under a car hood. And the latter sets up a very shocking third act that has to be seen to be believed because it really comes out of nowhere.

Slumber Party Massacre is definitely one of the best remakes out there thanks to Suzanne Keilly’s script, which one can guess is what original scriptwriter Rita Mae Brown intended with her vision and Danishka Esterhazy’s direction. Part-homage, part-slasher, part-feminist, and part-satire, this film is definitely the definition of a “reboot”.

I even had the pleasure to interview Michael Lawrence Potter and Rob Van Vuuren about the film:

Movie information in first post provided by The Movie Database
You must log in or register to reply here.

Crunchyroll’s Mascot Is Throwing A Party