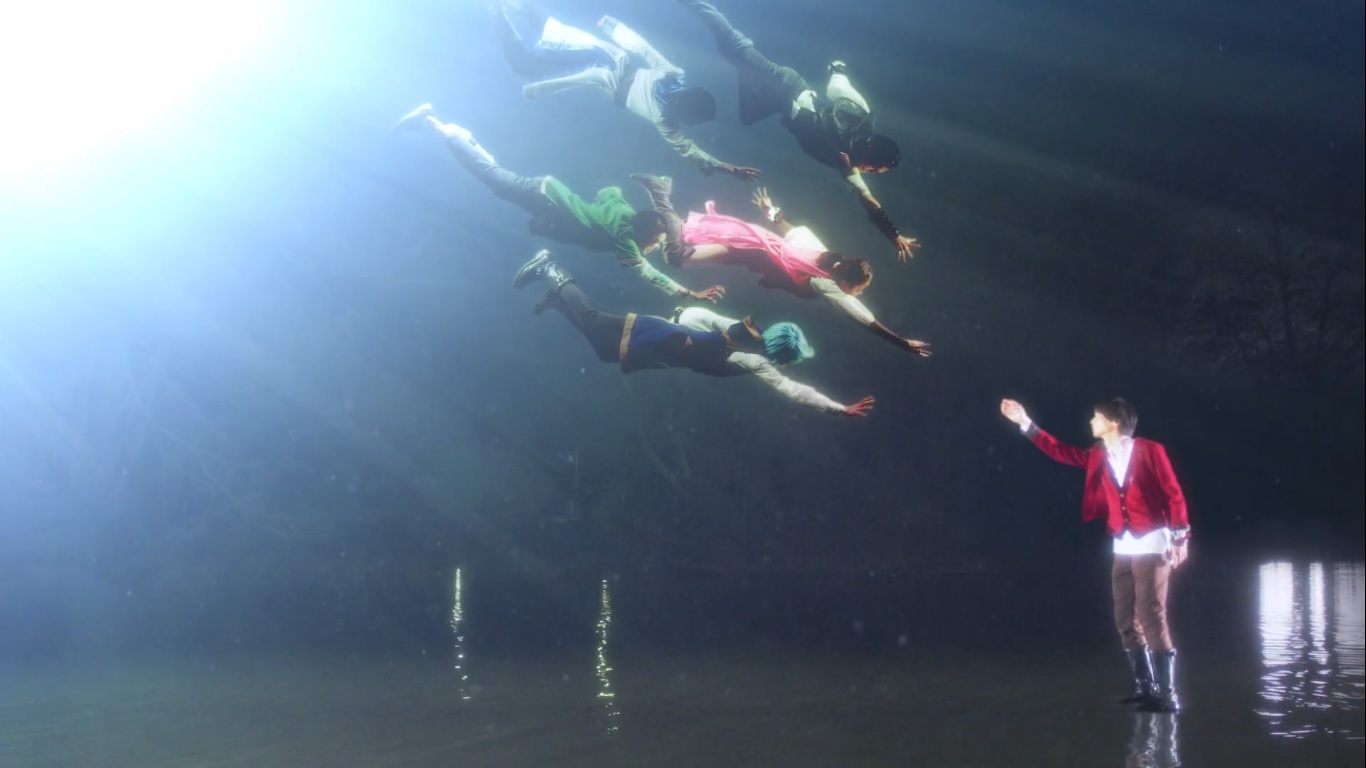 Start whitewashing over the Sistine Chapel ceiling. We've got a replacement for 'The Creation of Adam.'
​
It's been a while, hasn't it? BUT...THIS WEEK: It seemed like a typical 'red ranger defeats the big boss singlehanded' ended, only to swerve us and give us (I think?) the first time a red ranger has missed the final roll call and fight! Oh, and after hinting at it for a while we finally confirm that Kreon is the only actual alien in this series.

So that was Ryusoulger. Personally I think the Gaisorg arc was the highlight of the series, though the episodes after that were certainly a lot more enjoyable on average than the ones before then. It's probably only my third or fourth favorite of the dinosaur Sentai, but it wasn't so much of a slog to get through as Ninninger was. But enough of my rambling, what were your thoughts on this series?
D

Overall, it was a show full of interesting ideas that went nowhere or were left untapped. The best episode in the series was the 2 parter where the dead came back (it was also the only time Ui actually served a purpose) and Nada was the only character who had an actual character arc. They brought in a talented voice cast for the villains only to do absolutely nothing with them. I also don't like how Wyzul, a dude who tried to get people to commit suicide, was just allowed to turn good without any actual redemption arc. In the long run, it was a waste of a year and perhaps my third worst Sentai series to date.

I find it difficult to rate shows like this.

It's an unambitious season that just wants to sell a bunch of merch and otherwise not make a fuss, and it fulfills that. But I don't know if that's better or worse than, for example, Lupinranger Vs Patranger, where they had a much more ambitious concept which ultimately wasn't executed to anything like it's full potential. Is aiming high and failing to soar better or worse than successfully being "just another entry in the franchise"?
You must log in or register to reply here.