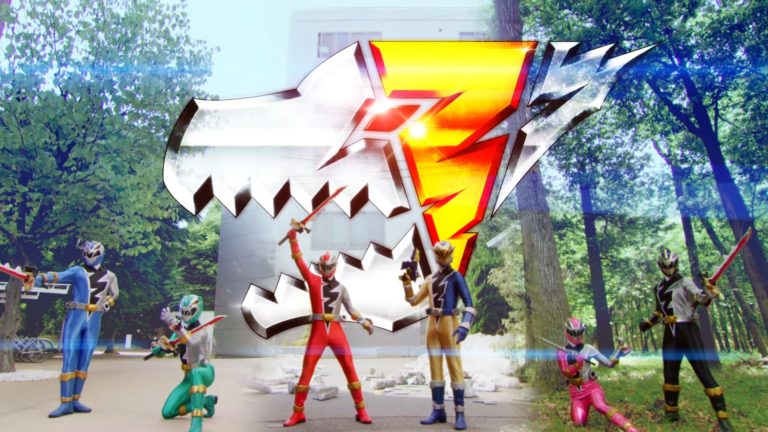 I will eviscerate you in fiction. I was naked for a day; you will be naked for eternity.

Welcome to the discussion thread for Dinoknight Sentai Ryusoulger, episode 18; "Big Trouble! Transformation Impossible!".
(Show's title and episode title translation may vary depending on your fansub group of choice.)
This week: Whilst fighting the Druidons' latest Minosaur, the Ryusoulgers' suddenly lose their ability to transform! To make matters worse, Bamba and Canalo come to blows over the Minosaur's host, causing the monster to grow faster and bigger than past Minosaurs.

If Kreon can make inanimate objects into monsters, why doesn't he just do that and then HIDE the inanimate object so no one knows where it is? This way, the monster grows big and the rangers have to defeat it or lose. Hell, if splitting the object in two creates additional monsters, take that object, split it into 100 pieces, and boom, there you go, 100 monsters, Earth conquered.

Well everyone, let it be known that no matter how much Canalo might like or admire you, you do NOT stand between him and his chances of getting laid!

In a serious note, I am so confused... They say that defeating a Minosaur made from a Wishing Stone requires apathy. I follow along so far, but they never truly become apathetic. They just power through, stating that their mission as knights is more than just a wish. But if they truly want to defeat the Druidons and complete their mission, isn’t that still a wish by its very nature? Sure, they are actively trying to make that mission a reality instead of just hoping it happens, but it still seems like a wish to me. I think this plot could have been retold so much easier. Maybe instead, the Wishing Stone is actually sad about not being able to grant wishes or something. Really should have taken a second pass at this story.

And why did Wyzul get strangely excited about Asuna hating him? He said he wanted more... I hope this has something to do with Wyzul feeding off people's hatred or something, because that's kind of creepy.


Dr Kain said:
If Kreon can make inanimate objects into monsters, why doesn't he just do that and then HIDE the inanimate object so no one knows where it is? This way, the monster grows big and the rangers have to defeat it or lose. Hell, if splitting the object in two creates additional monsters, take that object, split it into 100 pieces, and boom, there you go, 100 monsters, Earth conquered.
Click to expand...

For once, you raise some good questions. In fact, I even have more to add...
If killing a living host kills the Minosaur, then what happens when you grind the rock into a fine powder? It's hardly stone anymore after that. Might not be dead, but it's not exactly the same thing it use to be. Would that destroy all the Minosaurs, or would there just be a population too big for the Earth?

I can't answer your questions definitively.
If I had to guess why they didn't think of that; it's because Kreon is still a kid who thinks more about the mischief than actual world domination, and Wyzul is so flamboyant and full of himself that he doesn't always think of details like that. He probably would have eventually, considering he went back to slit the stone some more. However, he was so focused on doing that, he didn't even consider hiding the stones in the first place. Maybe if he was collaborating with the previous Druidon general, they would have thought of that together. But teamwork is clearly not their priority.