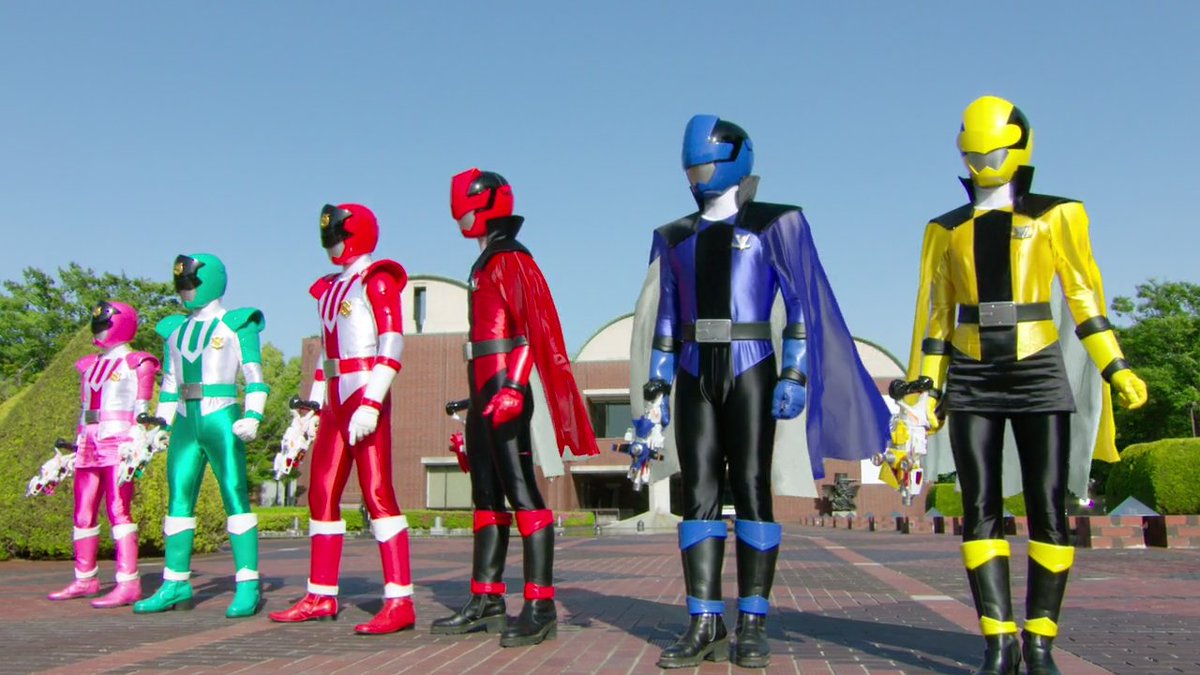 Welcome to the discussion thread for the theatrical movie: Lupinranger VS Patranger En Film.
Synopsis: The infamous detective, Herlock Sholmes has come to eradicate the crimes of Gangler and expose the identities of the Lupinrangers! With Patrangers patroling the world from the Ganglers, the Lupinrangers have their eyes get set on the Ganglers. Thieves VS Police....VS Detective!? Within this battle royale, Lupin Red and Patren #1 are abducted to the other world? With a plot of conspiracy and the skills to breakthrough the pinches, this duo will hold up with absolute determination!


This thread was made with Toku Prime's permission. And remember, this is a SPOILER ZONE! If you are trying to avoid spoilers, this is not the place for you.​

Well, either I posted this discussion far too late, or no one knows about the awesome translation done by Scull Subs!

Well, it's not much, but I thought this movie had plenty of good moments here and there. The fight scenes were nicely choreographed, especially that first one. It was cool seeing the two reds take the fight to the Gangler's mansion. We don't see it much in the show, but I think Lupin Rex is much better the Lupin Kaiser. Fits the general theme of their Dial Fighters, which are mostly aerial vehicles anyways. It was fittingly epic seeing it fight side by side with Pat Kaiser. And while some parts of the movie were sadly predictable, they didn't drag those parts out for too long.

However, there were cons. Like I alluded to above, revealing the new detective character was actually a Gangler was kind of predictable, and also kind of sad in a wasted potential kind of way. The movie hardly uses Noel at all; especially after he solved the mystery in the first half. And no matter how many good things there were, doesn't change the fact that this movie is mostly just filler. Epic filler, but filler none the less.

If I could, for anyone watching the show for the first time, I'd recommend watching this midway in the series when it was meant to be seen. There is a bonding moment between the two reds, but Keiichiro asks Lupin Red a question he never would have in earlier episodes because Noel accidentally revealed why the thieves are hunting for the Lupin Collection. It also reveals what Jackpot Striker's abilities are, which helps explain the finale of the TV show. No matter what anyone says, this movie is definitely canon.