If anything feels ripe for reinterpretation, it’s Masters of the Universe: a concept full of cool sci-fi and fantasy ideas yet clumsily pulled off through limited Filmation resources. Back in 1983 that didn’t seem to matter (and what else were you going to watch anyway?) but Eternia is gonna need some extra “oomph” to gain fans beyond aging Gen-Xers.

It’s already been done for He-Man’s sister. She-Ra was rebooted by Noelle Stephenson so well that it may have single-handedly saved the character from obscurity — we could see a reboot of THAT cartoon in twenty or so years. As for He-Man, fanboy-for-a-living Kevin Smith has been working on a new Masters cartoon, and he claims it’s good, but he also claims NFTs are good. We didn’t know what to expect until today.

The thing about Revelations is that it’s not technically a reboot…Smith says it continues the story where the original series, which was not very continuity-heavy, left off. But it certainly doesn’t LOOK like the original show did. Have a peek at these… 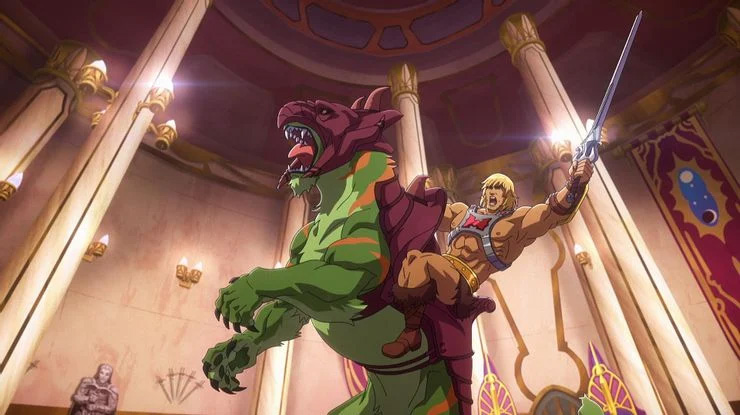 Whoa! Hope He-Man and Battle Cat look just as good in motion as they do here. 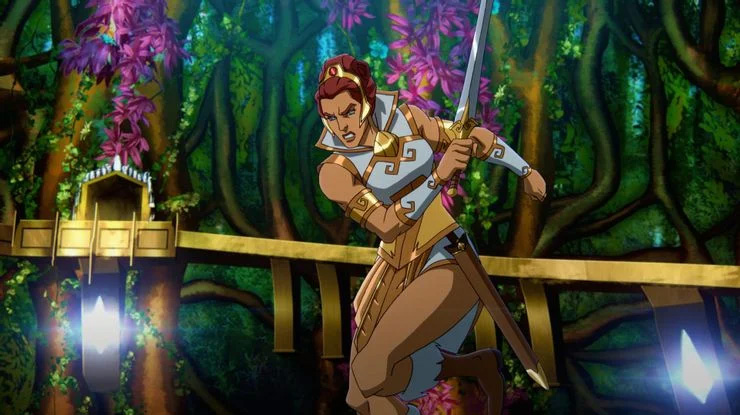 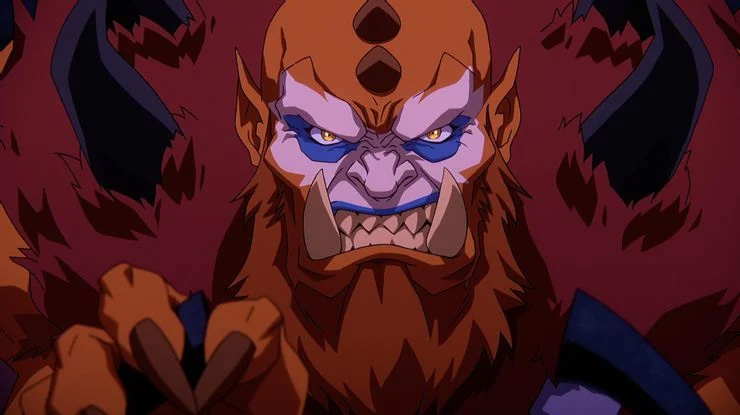 This is….I have no idea who this is. Sorry, but by the time I was tall enough to reach the TV buttons, He-Man had taken a backseat to Ninja Turtles, DuckTales and Tiny Toons. 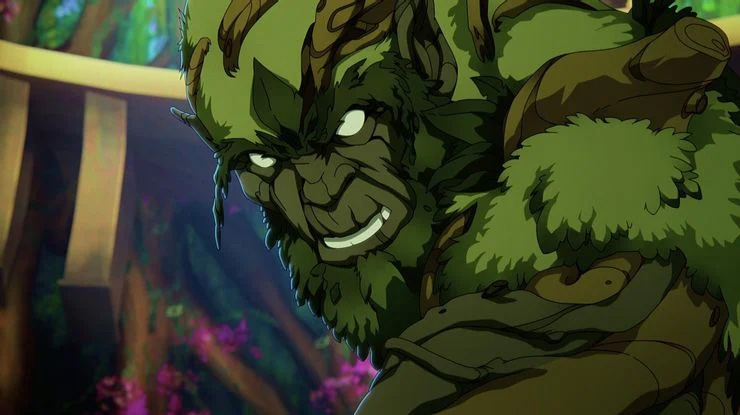 I DO know that this is Moss Man, solely because you weren’t supposed to use Moss Man in the Hordak Slime Pit set, which made every kid want to do it anyway. 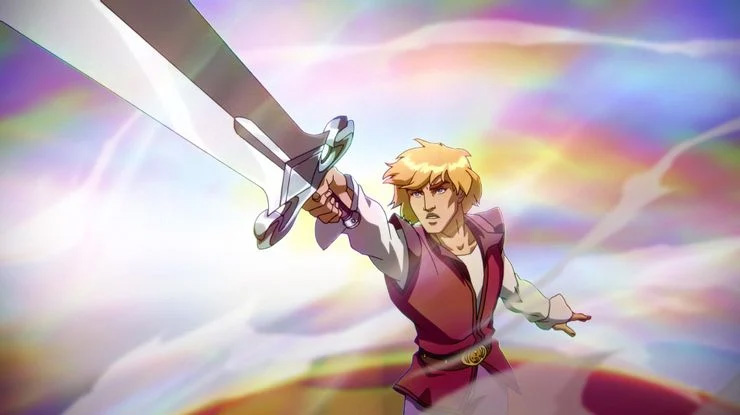 Prince Adam looks noticeably different from his superhero form, which reminds me of the 2003 He-Man reboot where they did something similar. OG Adam was just as beefy as He-Man and it seemed impossible that anyone could be convinced they were two separate people. 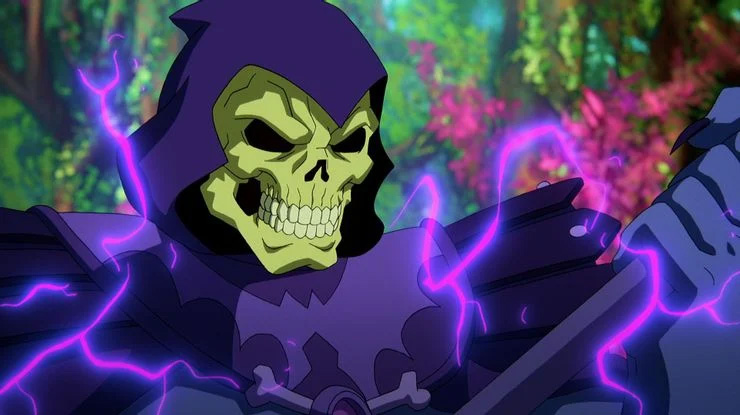 Skeletor was mostly ineffectual in the original series, as most villains of the era tended to be. This time he may finally become a true threat. He at least looks like one now. 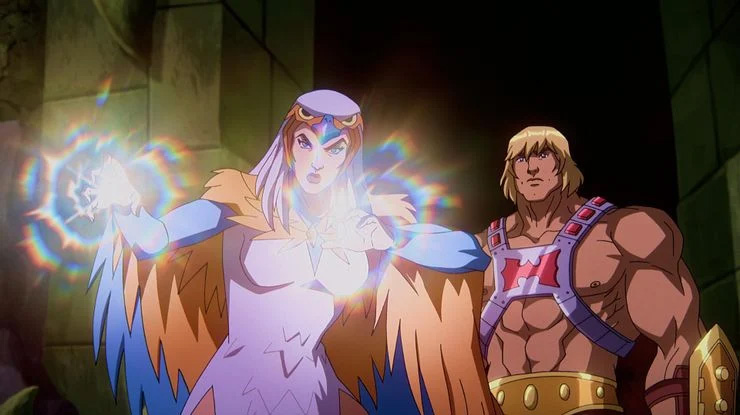 And the Sorceress’s sorceressing has never looked more vivid. Maybe she can get an actual name this time (then again, barely anybody else has one). 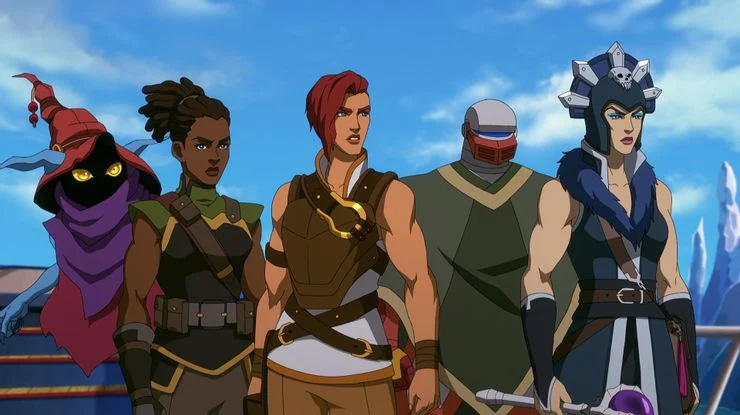 Group shot where we get to see some new characters, plus the new designs for Evil-Lyn and Orko. Lyn and Orko working together? Wonder why. 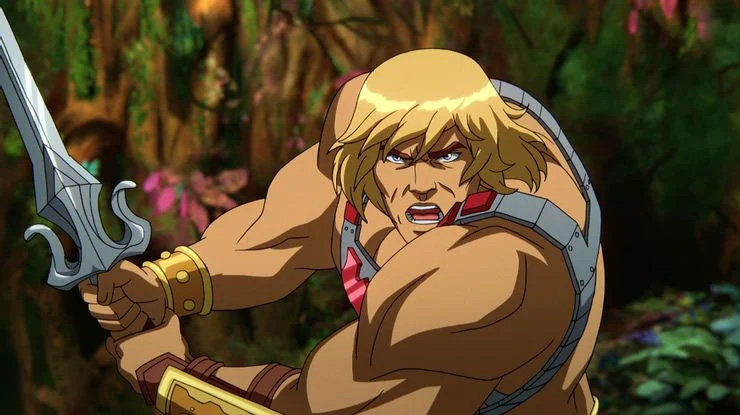 He-Man angry at something. 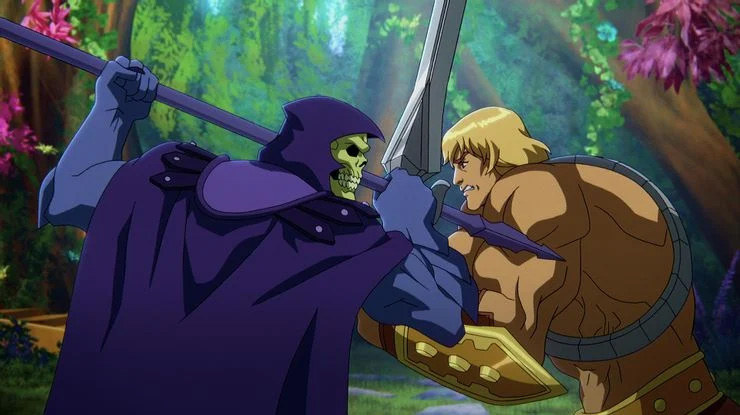 He-Man and Skeletor throw down.

So the date must be soon, right? Netflix says we’ll get Masters of the Universe: Revelation on July 23 — but just the first five episodes. The other five will debut at a later date. We haven’t seen the finished cartoon, but visually, it looks like this one has the power!

How I Became a Superhero? A French Netflix original

How I Became a Superhero? Well, the characters of this movie got

When Demon Slayer: Mugen Train opened in theaters last April, no one

Adapting anime to live-action usually doesn’t go very well, and when the