Critical Role is the nation’s most popular D&D liveplay series, and it’s now a multimedia experience. There’s an official Critical Role campaign book issued by D&D itself. There’s an animated series on the way, and the makers even have their own board game publishing label now. This new announcement from Dark Horse, a Critical Role comic book, is just the latest product on the pile at this point.

The comic book series is based around the Mighty Nein, the set of characters the cast is taking on in the show’s second series. The comics are prequels, revealing the backstory of each member of the group proper to their joining the Nein.

Volume One is all about Laura Bailey’s Jester Lavorre. “Jester Lavorre had an unconventional upbringing, even for one born in cosmopolitan Nicodranas,” says the bio provided by Dark Horse. “Daughter of the famed Ruby of the Sea, she had many opportunities for mischief as a small child, of which she took full advantage! Dive into the mystery of Jester’s early years, her first meeting with the Traveler, and the fateful events that set her on a path to eventually join the Mighty Nein.” Volume 2 will be about Liam O’Brien’s wizard Caleb Widogast, back when he was known as Bren Aldric Ermendrud and attending the exclusive Soltryce Academy.

This is an early announcement, as the books won’t actually start coming out until next summer. Volume One’s release date is June 16, 2021, and you’ll have to wait until July 14, 2021 to see the second volume. More are planned. 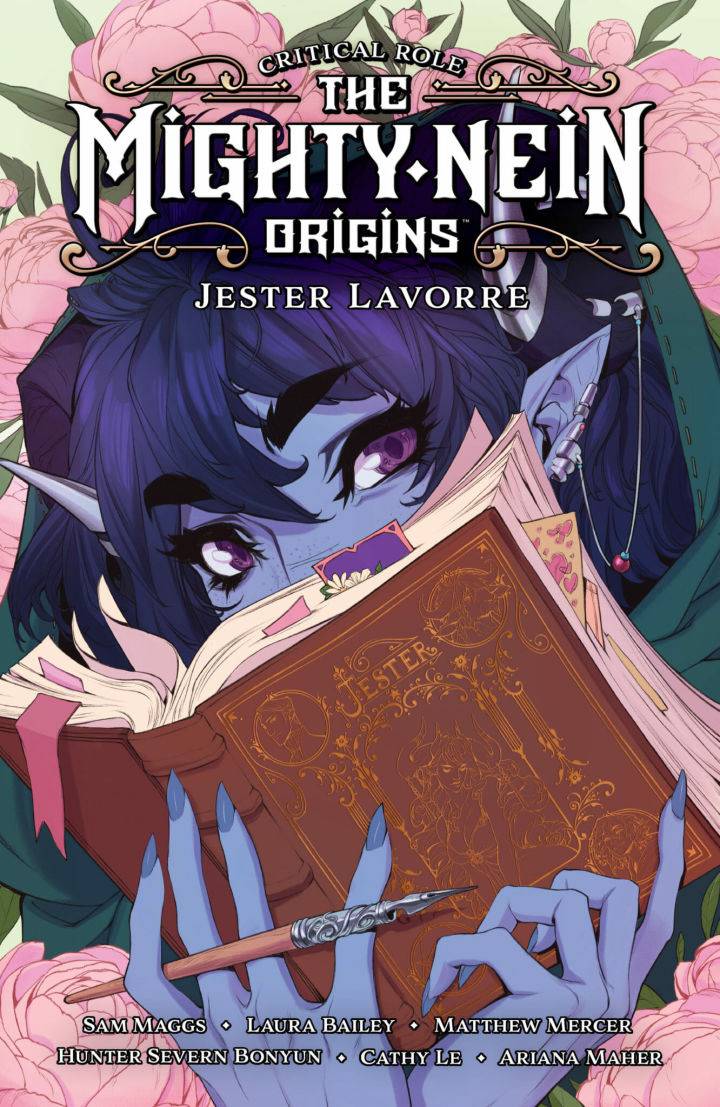