Cthulhu Is In The House

Bring a fierce battle of Lovecraftian horror to your kitchen table tonight in Cthulhu in the House, the new board game illustrated by tabletop guru John Kovalic (Apples to Apples, Dork Tower, a ton of other things).

To play the game, your gang starts by constructing the house out of twelve double-sided room tiles, and then placing one abomination to nature within each. You’re each secretly given ownership of two monsters, and must keep which ones you’ve been assigned a secret. Players can move any of the monsters around, with the goal of picking a fight with another monster and banishing it from the house. The trick is to keep your monsters safe as long as possible without revealing which ones you’re rooting for. The official rules require three rounds to be played, after which time the contestant with the most points wins the game. 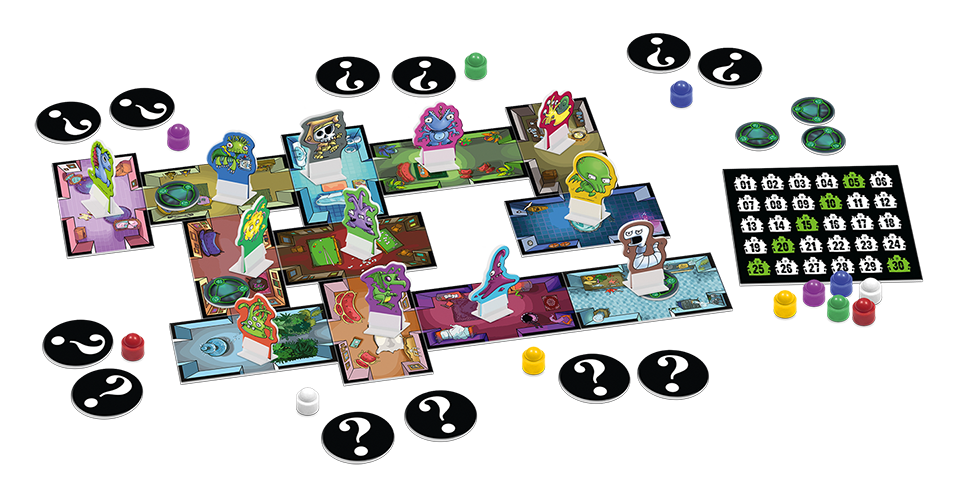 The rules are very simple, but there are a few twists along the way. Spread throughout the house are different portals that affect some outcomes. The Teleport portal comes into effect after a fight. The winner gets teleported to any other room in the house. The Abyss portal is also resolved after a fight. It reverses the winner of that fight, keeping the loser in the house, and kicking the winner out to the curb. Both portals have a big effect, but the trick is that you won’t know which portal is in your room until the fight is resolved and the portal token is flipped!

Cthulhu in the House is published by CMON Games and can be purchased at most hobby or tabletop gaming stores now, or by heading to CMON’s website.

War for the Overworld Gets Survival Mode Artbook for Magic: The Gathering Set for January