Now that stay-at-home orders have been enacted across the nation, traditional conventions are being replaced by “virtual” cons, which feature the same attractions (guest speakers, interviews, lots of merch to buy) only via streaming to computers and phones. In that spirit, Cryptozoic has announced the 2020 Cryptozoic Con, taking place from April 16 to 17.

As you know, Cryptozoic had a lot to show off at conventions this year — but now that those plans have fallen through, their special announcements and events will be held from the live video of their own virtual con. More specific details will be revealed in the coming days, but for the moment, here’s some of the con-exclusive merch that will make its debut at Cryptozoic Con: 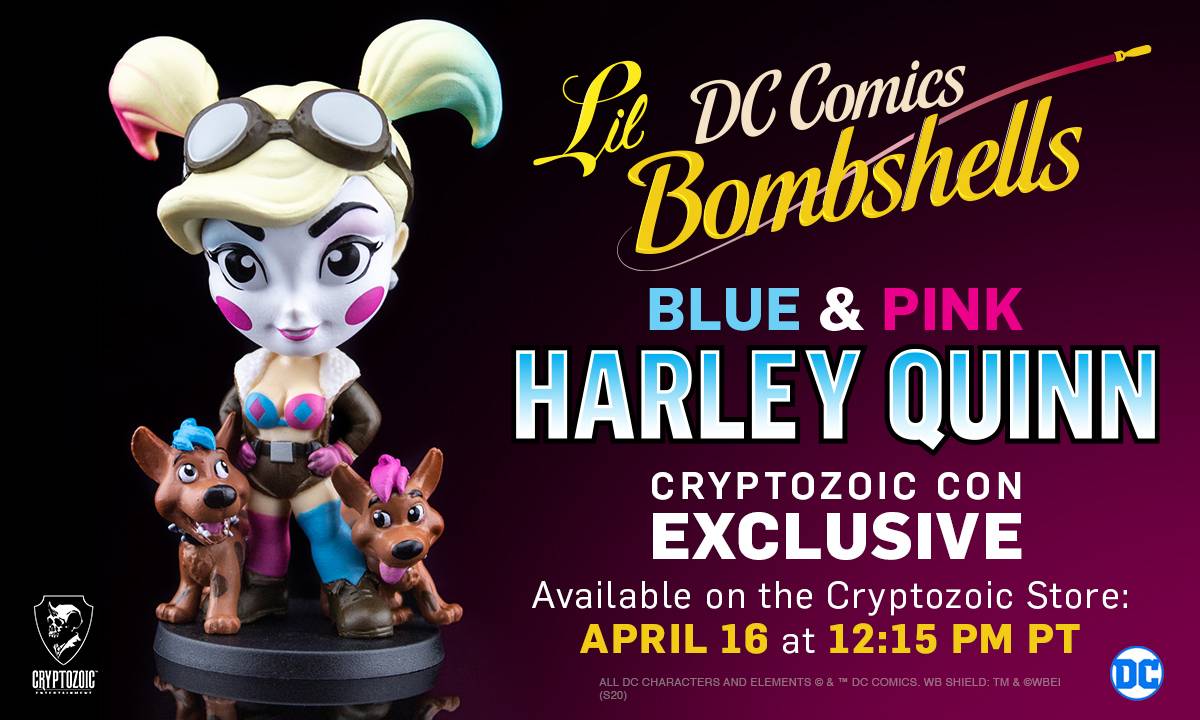 Harley’s sporting her favorite colors and eager to join your collection! Here’s your chance to own the Blue & Pink Harley Quinn DC Lil Bombshells vinyl figure! This limited edition collectible is a Cryptozoic Con Exclusive, only available during the company’s online event April 16-17. 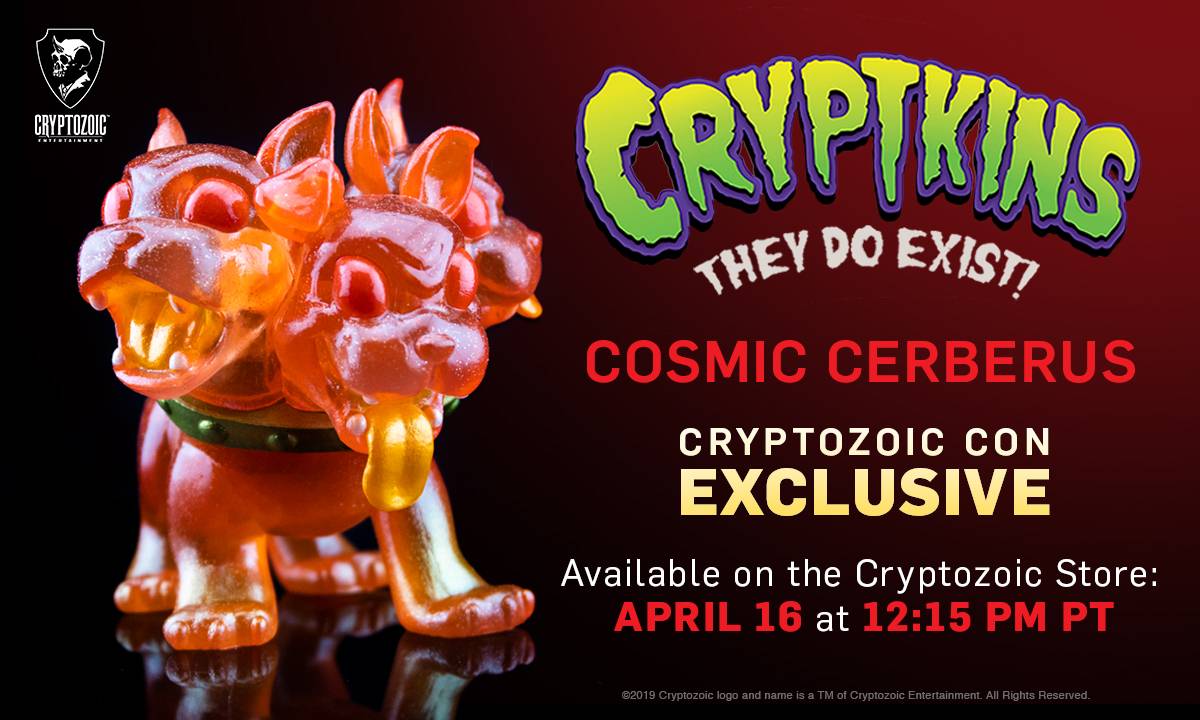 Take home this adorable, three-headed visitor from the Canis Major constellation! The Cosmic Cerberus Cryptkins vinyl figure is a Cryptozoic Con Exclusive, only available during the company’s online event April 16-17. 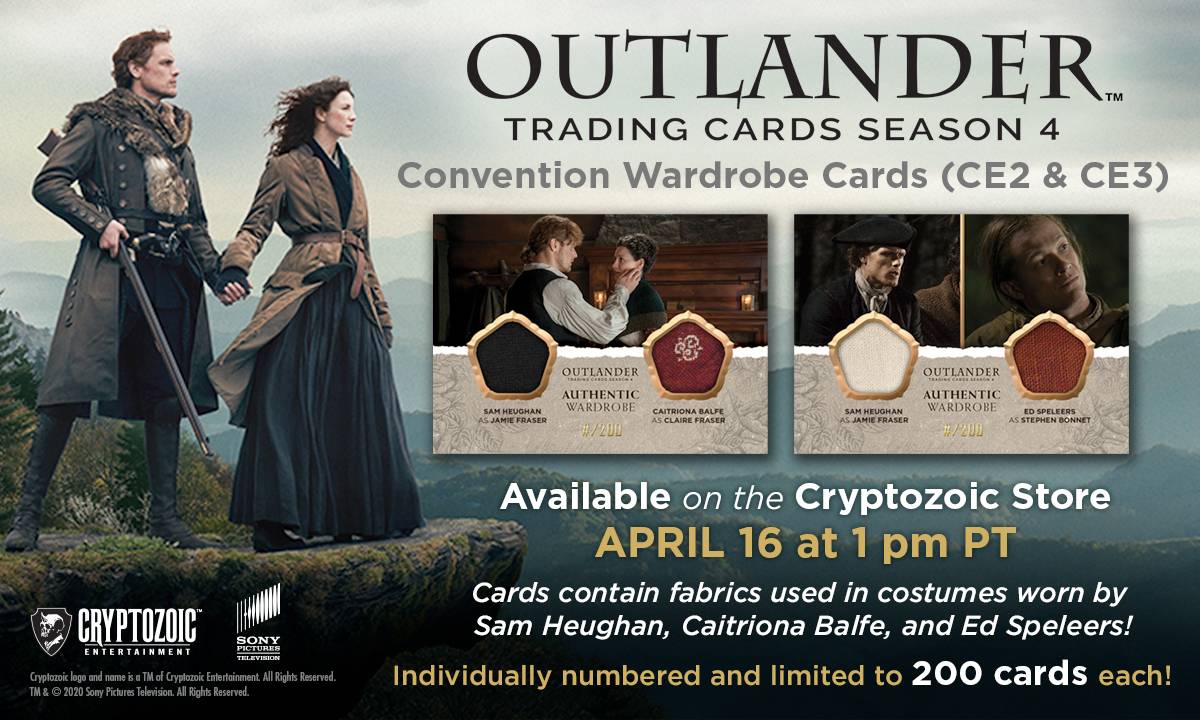 The fourth season of Starz’s beloved time-travel drama finds Claire and Jamie trying to make a new home in 18th century America, while dealing with the rugged wilderness, dangerous new acquaintances, and other threats in a country on the verge of revolution. 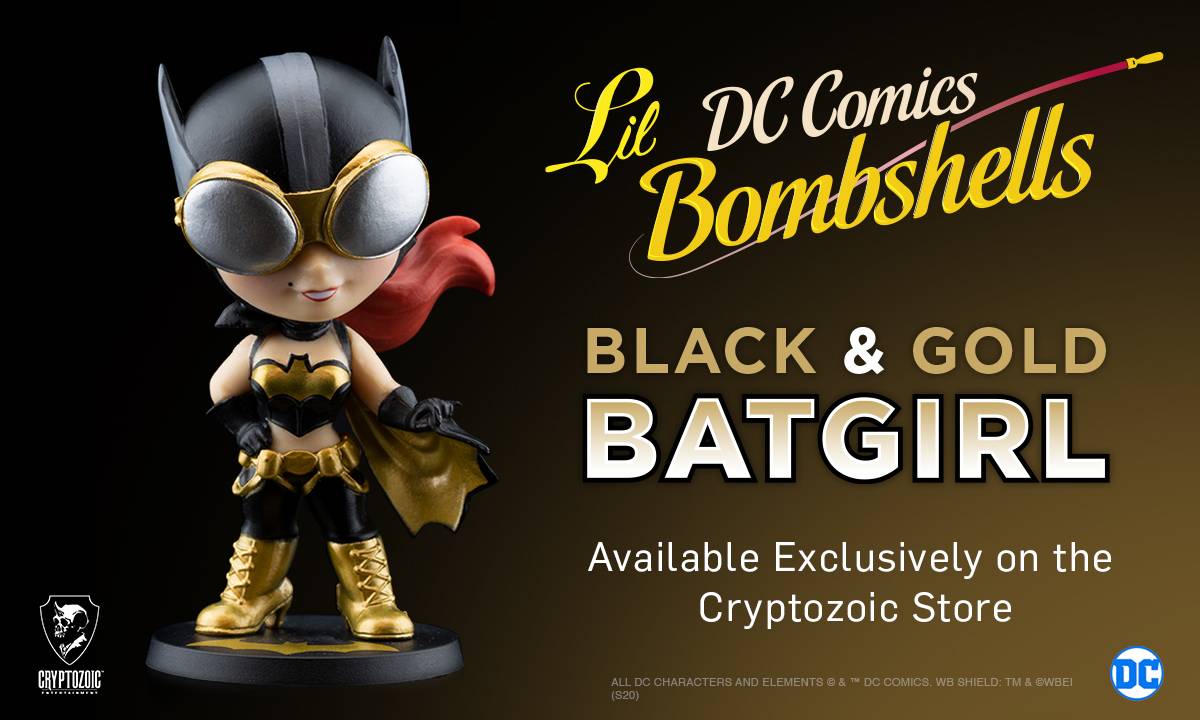 Black & Gold Batgirl is a variant of the regular Batgirl DC Lil Bombshells: Series 2 vinyl figure, part of Cryptozoic’s retro-style collectibles line showcasing DC’s favorite characters. The second release in the Black & Gold variant series, which is inspired by the initial colors of Batman’s costume in comics, the figure features a black costume and metallic gold on its chest symbol, cape, goggles, and boots.

Cryptozoic will reveal more attractions of the Con as its date approaches. Stay tuned!