Could The Next CW DC Crossover Not Be Canon?

The CW revealed a few more details about their next DC superhero crossover today, and they have us wondering if the story being told may not even be canon.

We’ve learned the Monitor will actually play a role in the story. This was a central character in DC’s 1985 Crisis on Infinite Earths miniseries — a story meant to consolidate decades of tangled continuity. By the mid-80s DC was dealing with multiple dimensions of parallel Earths created by generations of writers who each had to bend the rules to tell their own stories.

Crisis mashed everything back into one dimension and rebooted the DC universe. (It’s worth noting that many of the decisions made by Crisis have since been undone….the only permanent rule about comics is that NO rule is permanent.) The Monitor was the celestial figure watching over the multiverse. He will be played by LaMonica Garrett. 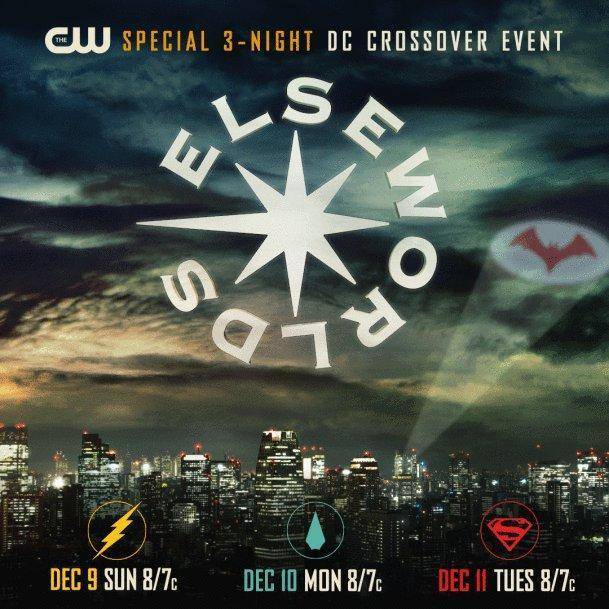 It’s the name of this crossover, revealed today, that makes us wonder: “Elseworlds.” This is the same logo DC uses as the imprint for “imaginary story” versions of classic superheroes. In Elseworlds books, anything can be different: Batman can fight Jack the Ripper in 19th century England, for example. They are not part of the main canon and a method for writers to stretch their legs and let their imaginations run free.

So if The CW is implying this is an Elseworlds tale, does that mean it isn’t even happening, or that we’re watching alternate versions of our heroes? That would be an odd decision considering they’ve talked publicly about giving Batwoman a trial run here for her own series. She wouldn’t be part of the same world in this case.

However, it’s not without precedent: both Supergirl and Black Lightning aren’t considered to be part of the same dimension that Arrow and The Flash occur in. Whenever Kara takes part in these crossovers, she has to jump through a portal.

“Elseworlds” begins December 9 on The CW.