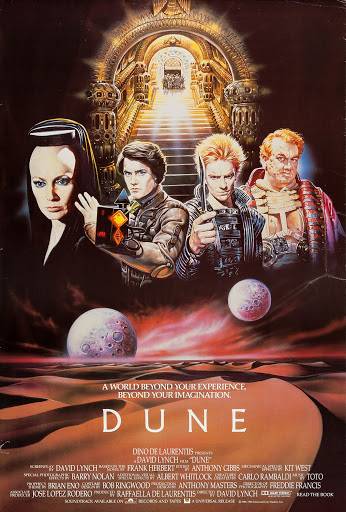 “A beginning is a very delicate time. Know then, it is the year Ten Thousand One Ninety One. The Universe is ruled by the Padishah Emperor Shaddam IV, … my father. In this time, the most precious substance in the Universe is the spice melange. The spice extends life, the spice expands consciousness, the spice is vital to space travel. The Spacing Guild and its Navigators, who the spice has mutated over four thousand years, use the orange spice gas which gives them the ability to fold space. That is, travel to any part of the universe without moving. …….. Oh yes, I forgot to tell you, the spice exists on only one planet in the entire universe, a desolate, dry planet with vast deserts. Hidden away within the rocks of these deserts are a people known as the Fremen, who have long held a prophecy, .. that a man would come, a messiah, who would lead them to true freedom. The planet is Arrakis,… also known as .. DUNE.”

Welcome back again, geeks!  The team and I are back in on the bridge of the Couch Command starship to bring you our a hearty discussion of the 1984 sci-fi classic…. DUNE. O__O

It’s a movie everyone knows exists, but not exactly everyone has seen(including some of us here on the podcast).  And for good reasons that we discuss in today’s episode.  It was attempting to do the complexity of Game of Thrones before the entire world was cool with such fantasy political drama and was in the world before many science fiction tropes took hold and imprisoned creativity itself.

It’s far from perfect, but holy hells, it is a unique experience.  Click on and and I hope you enjoy the geekery. 🙂

Here’s what we’ve been geeking on: