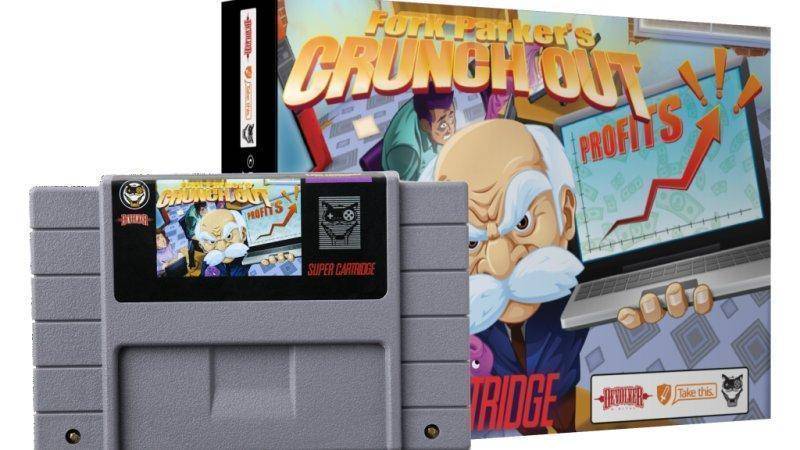 Thanks to the indie development scene, there are plenty of new games coming out for age-old consoles, and some are even good. Fork Parker’s Crunch-Out is one of the more unusual we’ve seen.

Developed by Megacat Studios and published by Devolver Digital, you play as the titular Fork Parker, the angry CEO of a software development company who needs their next game churned out as quickly and cheaply as possible. That only means one thing (to a CEO)…crunch time! Yell at your workers, feed them junk food and coffee, and even zap them with electric shocks to keep the production line going 18-plus hours a day. But whatever you do, don’t make them happy….that wastes money!

It’s a game with a purpose, calling attention to the real-world problem of worker abuse in the video game development industry. Problem is, if you end up having too much fun playing as Fork, would it have the opposite effect…? It’s for a noble cause anyway….proceeds from Fork Parker’s Crunch-Out will go to to Take This, a non-profit charity dedicated to mental health awareness.

It’s really coming to SNES, on a physical cart. The cart and box cost $49.99, but there is also a Limited Edition version for more cash that’s shaped like a desktop monitor complete with coffee cup….and it really lights up!