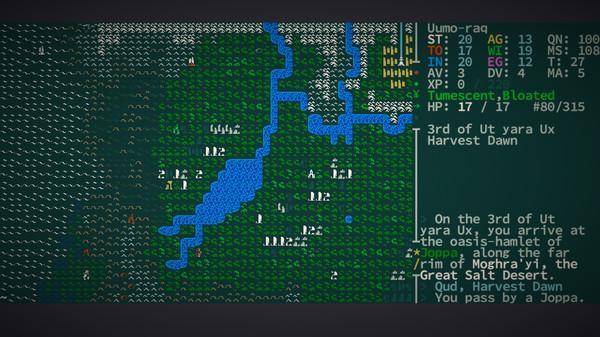 The hit roguelike RPG Caves of Qud is now available on multiple PC platforms. Formerly a Steam exclusive, you can now find it on GOG.com and Itch.io as of today.

There’s a lot to do in Caves of Qud. You can mutate your character with monster parts you collect, and even possess monsters once you acquire the power. With procedurally generated maps, you’ll never run out of territory, and the game encourages you to explore. Each item tells part of the story of the world you’re exploring, and the story is different each game.

And now Caves of Qud is even bigger: the Generated Villages & Alternate Starts patch has arrived for all versions, which adds procedurally generated villages — each with their own history, architecture, art, relationship with local resources, NPCs. and more.

Isle Of Spirits Releases For PC And Xbox One