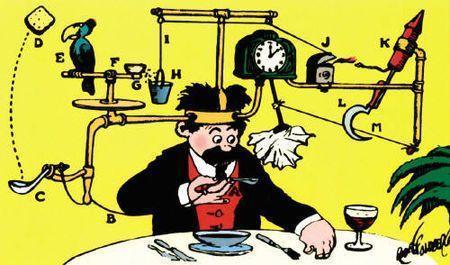 When big companies merge or buy each other out, they usually have a lot of reasons. N0, not for the benefit of the consumer, silly. Lots of reasons with pictures of presidents on them.

And so when comiXology announced earlier this month it was in the process of being purchased by Amazon, the best I could hope for in terms of “what’s in it for the consumer?” was “nothing.”

We were not that lucky.

Instead, starting today, comiXology has abandoned the convenience of purchasing comics from its core mobile apps. ComiXology rolled out a new app that has half the functionality of its old one. It’s just a reader, with no storefront.

The new comiXology closely follows the model of Amazon’s Kindle apps, which do not have online storefronts. This is a move meant to get around the 30 percent cut that Apple takes from in-app purchases, which would include buying books or comics directly from the app.

Amazon and comiXology’s motivation is perfectly understandable, and it’s possible that the new comiXology will pass this savings on to the publishers, who will pass it on to comics buyers. That would be welcome as long as Amazon stays out of setting comics prices and leaves it to the publishers. A move to force prices down, as Amazon has made in the past with ebooks, would be disruptive for the industry and probably cause a lot of digital publishers to abandon comiXology.

But either way, it’s annoying for the consumer. And making comiXology just as clunky as the Kindle app is going to hurt the momentum of digital comics and drive users away.

I’ve already made the switch to the new app. I have 1,329 digital comics purchased from comiXology and I’m not giving them up.

The process of switching was relatively simple. ComiXology advises you to to go to your old app’s purchases tab and refresh it. I’m not sure it that was necessary because that’s a feature to sync with purchases bought from the website and I never buy them from there, but I refreshed just in case. Then I downloaded the new app. And was stopped at its first screen because I set my comiXology website password up so long ago that I’d forgotten it. So I had to do a password reset through e-mail. After that the app was set up and I could see all of my comics in the new app’s purchases tab.

To salve the wound a bit, comiXology is giving away five dollars of store credit to existing users. So I used that to buy some Batgirl comics that were on sale. And then I bought some more because I’m a sucker.

If you bought a comic from comiXology yesterday, you went to the app, looked for a cool comic on its well-managed featured pages or categories, tapped buy, put in your iTunes password, and then started reading as it immediately downloaded. If you wanted more than one comic you could just keep hitting buy, you don’t have to put in your iTunes password again for a while.

To buy a comic from comiXology today, you go to a fiddly, harder-to-use website. You choose your selections and put them in a shopping cart. Then you buy them from a checkout page. You need your credit card or payPal info on file with comiXology, which I updated before I bought the Batgirl comics. You confirm your purchases. Then you go to the app. You check a page in the app with all of your recent purchases on it. You try to figure out what you need to do to get it to sync with the new purchase. I think it’s pulling down on the purchases tab, or maybe it’s automatic but it takes a while. There’s no obvious sync button, anyway, so it leaves it up to the user to intuit it out. The new purchases appear, you find them in the list. You click download on them and then you can start reading them.

The new comiXology app is, I’m assuming for legal reasons, completely opaque about how to add comics to it. There’s no prominent mention of the website. The “More Books” tab just says this: Yes, it does not mention buying comics from the website. At all. It doesn’t even give the website address. I’m pretty sure the most common question in the “Questions?” box is going to be, “Where are the comics?”

The old app was like the best employee at a comic book store, ready to help you find something awesome. The new app is like the worst employee at comics book store. It’s too busy in eating Taco Bell and talking about Magic the Gathering to help you find comics, so you’re on your own bud.  He won’t even send you over to the friendly guy. Probably stares at your boobs, too.

Overall, making comics more destination purchases that you need advance knowledge about makes digital comics more like print comics, and that can’t be good. Have you looked at the print comics industry? That’s not a model to emulate.

I’m not giving up digital comics. It’s one of my favorite things. But I do hope that another solution arises. This is a step back.