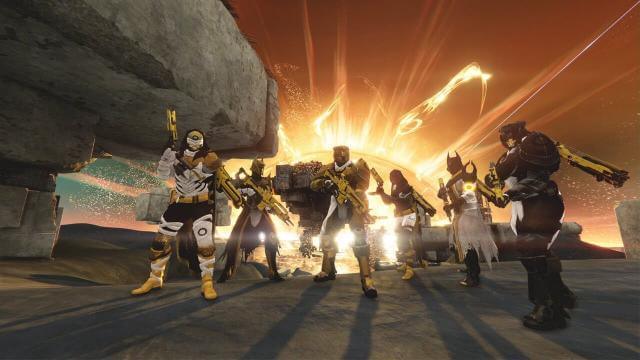 The latest Bungie Weekly Update reveals that the ex-Halo developer will be attending E3 this year, and with their only project at the moment being Destiny it’s incredibly likely that they will be discussing the game at the conference. This has sparked speculation that Bungie will either be revealing information about the next major expansion for the sci-fi shooter or teasing the second instalment in the series.

Seemingly confirming that they will have big news regarding their new franchise, the update went on to state that, “You might have seen mention of Bungie this or Destiny that on E3 schedules. We’ll have some things to tease. Wouldn’t miss it for the world.”

So far, the company have already released two pieces of DLC for Destiny and have previously stated that they are looking at continually supporting the game until the release of Destiny 2. The Dark Below faced criticism from many fans but The House of Wolves expansion has been more widely praised since its launch last month.

Earlier in the year leaks suggested that Bungie had plans not just for smaller DLC but a full blown expansion in the form of Comet: Plague of Darkness. Although Bungie later shot down these rumors, the leak did fit in with the information the developer had previously released stating that they would look to introduce major expansions in between game releases.

The tease could also be a small snippet of the upcoming sequel. Activision and Bungie are working together on a 10 year plan that will see the former Microsoft owned studio develop three full titles in the series. It’s possible they might announce the sequel at E3 as a way to generate positive hype for the franchise after many were left disappointed with the first game, helping to bring fans back on side.

Whatever the case, PopGeeks will keep you up to date on any news that comes from E3 2015.