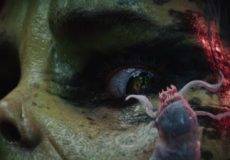 Yesterday, Larian Studios announced that they will be unveiling the gameplay for Baldur’s Gate 3 at PAX East! For those unaware, it is the third installment in a series of video games based off Dungeons & Dragons. In addition, the game was officially announced at last year’s E3.

Now, this announcement at PAX East 2020, will feature Larian Creative Director Swen Vincke on stage. Also, Mr. Vincke will be joined by an unknown special guest to reveal information on the game, like its story and mechanics. In addition, the panel will host seating for 1,000 attendees. Furthermore, those in attendance can partake in a live Q&A with developers. Alternatively, non-attendees will be able to view the Baldur’s Gate 3 panel live on YouTube.

Also, we have a trailer to hype up the upcoming announcement. Importantly, it shows fans a behind-the-scenes look at the game’s development. As well as the trailer features Mr. Vincke welcoming fans to attend, or steam the event.