It’s been a fun ten years of running from giant naked man-eating giants, but Attack On Titan will be wrapping up its story very soon. We’ve learned the secrets of the Titans and followed the characters from childhood to adulthood (the survivors anyway). But the war is almost over and the manga will be releasing its final volume in the US this fall. This calls for a celebration! Or at least a series of exclusive variant covers and bonuses. 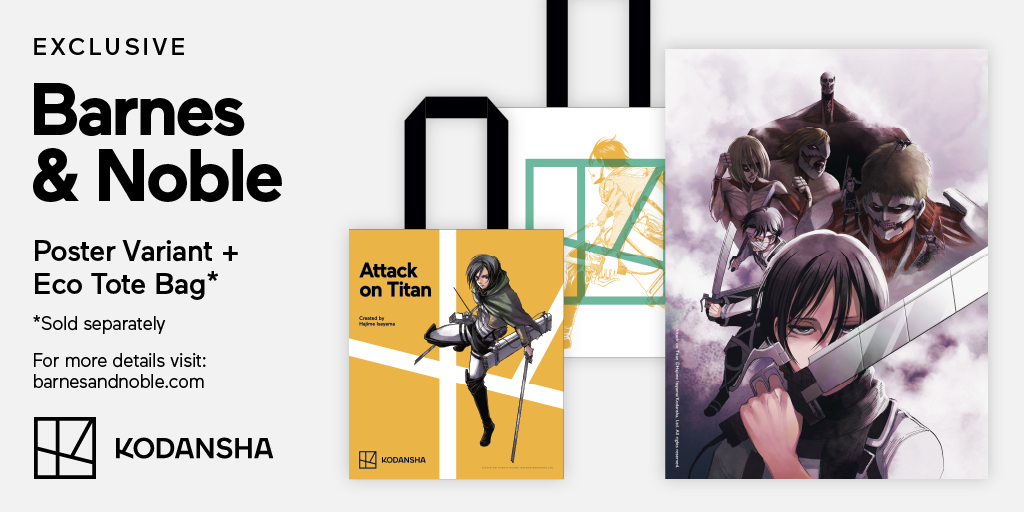 When Attack On Titan Volume 34 hits Barnes and Noble, it’ll come in this exclusive cover featuring Mikasa brandishing a Titan-cutting sword. This variant will be exclusive to the bookstore chain and will come with a poster and an eco tote bag, so you can carry your groceries home with Titan characters. 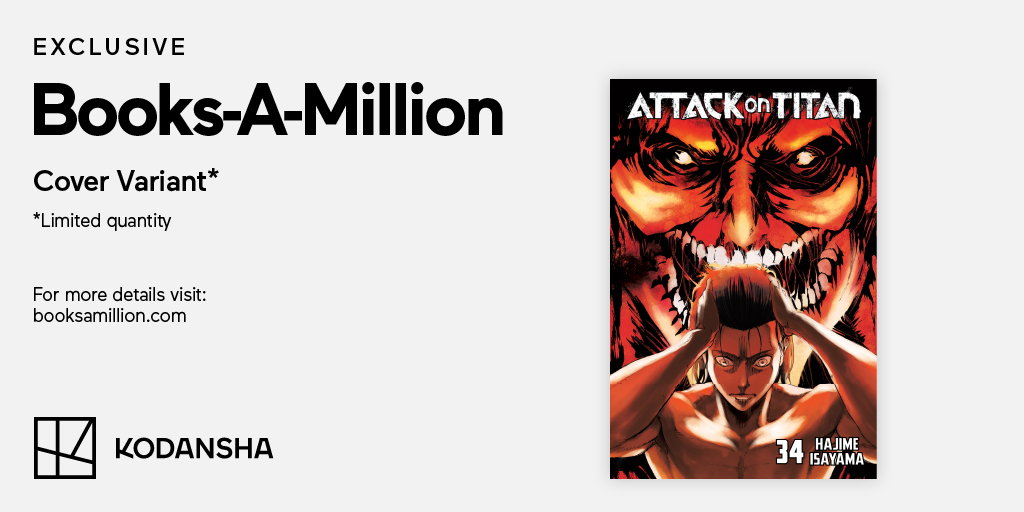 If that’s not to your liking, and there’s a Books-A-Million near you, you can go for their variant instead. No bonus items, but you do get this menacing Titan face. 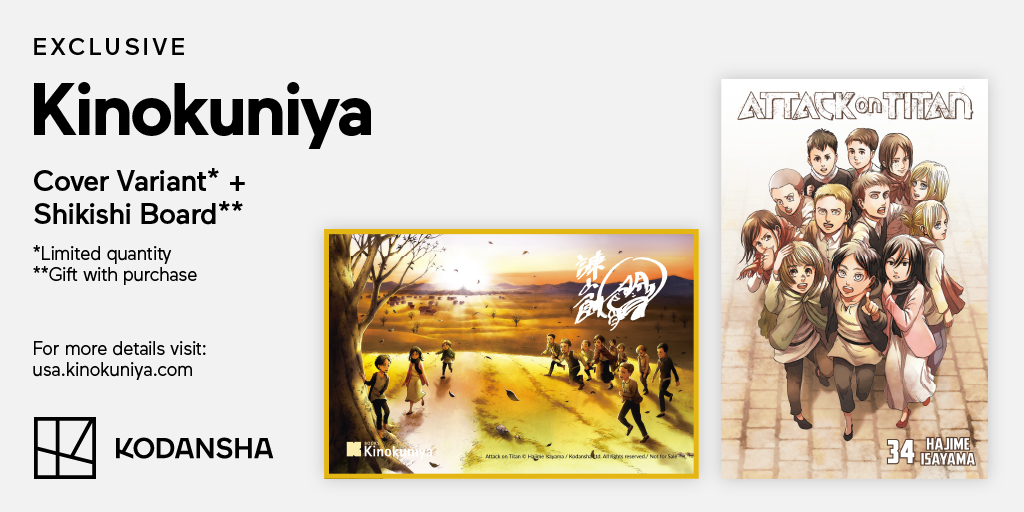 E-merchant Kinokuniya is getting this one, featuring a group shot of the AoT cast. They’ll also give you an exclusive shikishi board gift featuring art from the standard version. 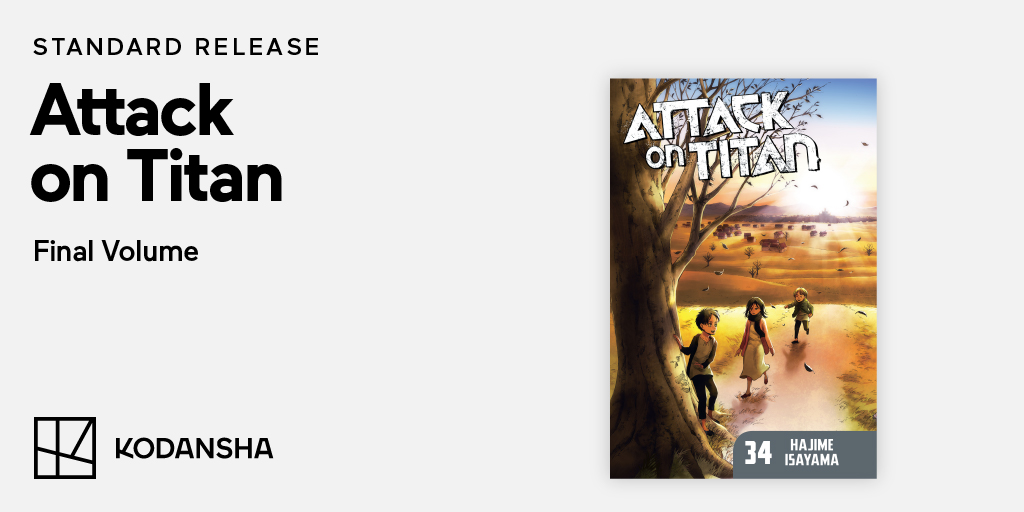 Speaking of the regular edition, it looks like this. Choose which one you like and head to that location this fall. Attack On Titan’s final volume will be out October 19.