Astro Movie Review – Will it send your imagination into orbit?

Astro, an original sci-fi film available now from Sony Pictures Home Entertainment is an involved story of a meeting between interstellar races that does not skimp on character development. Emerging from the mind of writer-director, Asif Akbar, Astro does manage to be unlike other genre films, but will it send your imagination into orbit? Find out in our Astro movie review. 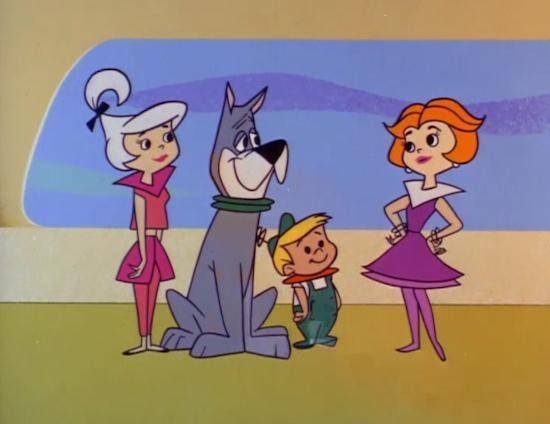 If Astro had been a live action tale of the dog from Hanna-Barbera’s futuristic animated sitcom The Jetsons, I would have been both surprised and delighted. I mean, a futuristic talking dog integrated into a suburban family, that’s a fascinating concept. Imagine the possibilities! Why am I stalling on telling you what Astro is really about, you ask? Because as it stands, Astro is a film that takes just as long to get to the point without a lot to show for it.

Here’s my plot summary: When former black-ops soldier, Jack and his daughter become the target of an unknown tormentor, they end up on the run and in the clutches of a devious aerospace developer who wants to send Jack into space. Also, there’s aliens. 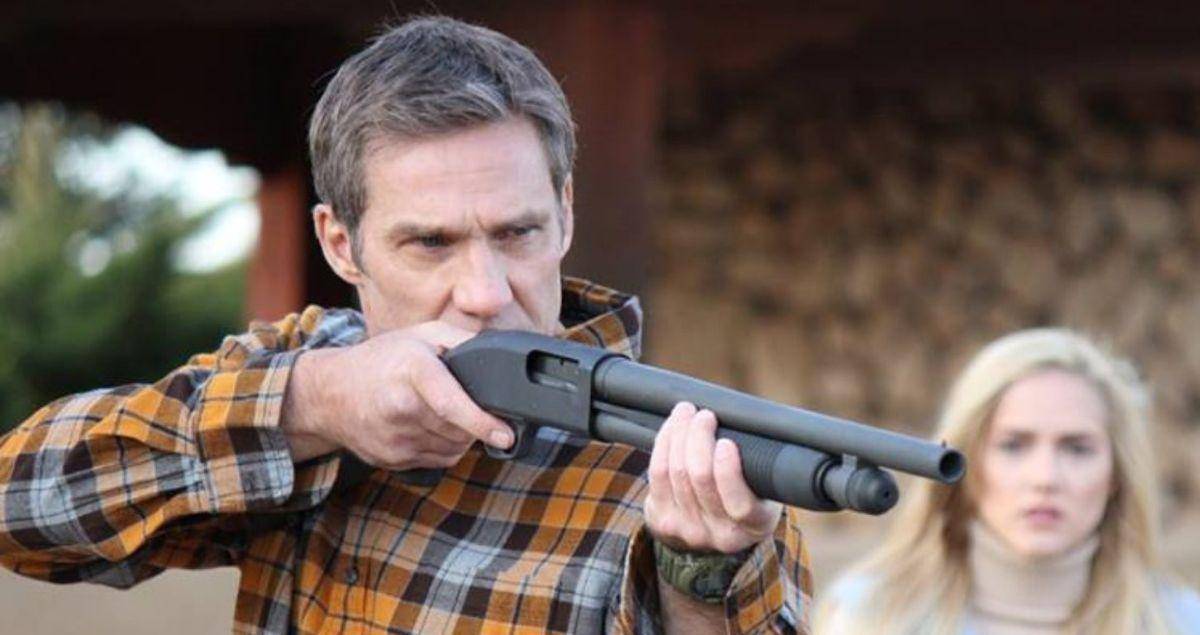 You see the difference there? Astro suffers from an identity crisis that make it’s intentions unclear. While there is an interstellar plotline weaved throughout the story, it literally takes 75 minutes (I counted) to get to any major alien action, the rest of the film’s running time is spent on “character building”, which translated means endless exposition delivered with zero enthusiasm. This nearly 2 hour film felt like it took a week to get through.

I won’t spend this entire review deriding the film, as once Astro finally gets going there are some interesting moments and Akbar deserves some praise for attempting to pursue an original vision, but I just wish it could have been brought more into focus for the audience at some point.

Our hero Jack is played by Gary Daniels, a former British kickboxer who turned to acting back in the 80s. Appearing in martial arts based genre films like Fists of the North Star, Tekken and eventually The Expendables he seems to have stayed within his wheelhouse. Here Daniels is asked mostly to act as the caring father to his daughter, Laura played by I assume the director’s wife, Courtney Akbar. Much time is spent showing the sadness of the duo over the death of Jack’s wife years before. 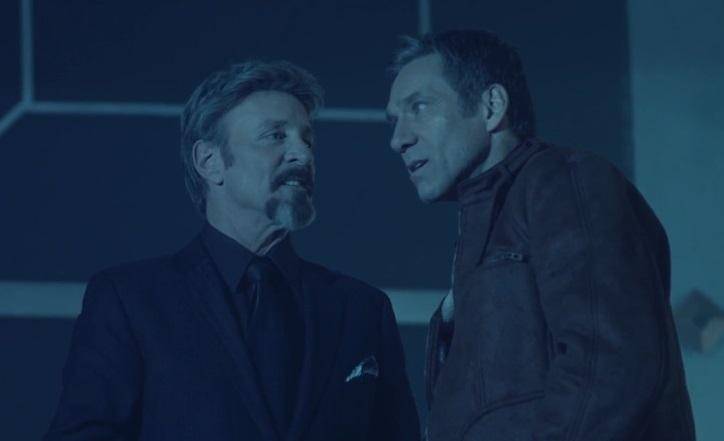 It’s these scenes that seems to drag on and on as the character’s struggle to accept the offer from Alexander Biggs, played by Marshal Hilton, a billionaire with a personal spacecraft that he wants Jack to pilot for some reason. Pulling on their past serving together on the same wetworks squad as a reason for Jack to to trust Alex, it seems clear that he has ulterior motives.

I recently reviewed Hilton in Primal Rage, an amazing film that made great use of his screen charisma and here he is by far the most convincing member of the cast, but saddled mostly with mustache twirling antics.

It turns out that Alex is in with a group of aliens represented by the creepy Viktor (Louis Mandylor) and sultry Vivian (Max Wasa) who knew his father and are forcing him to experiment on Subject A, a being from another dimension with a strange genetic connection to Jack. These alien heavies intimidate through eerily calm threats and not 1, but 2 flashbacks in a row meant to explain why Alex is so indebted to their advanced technology. 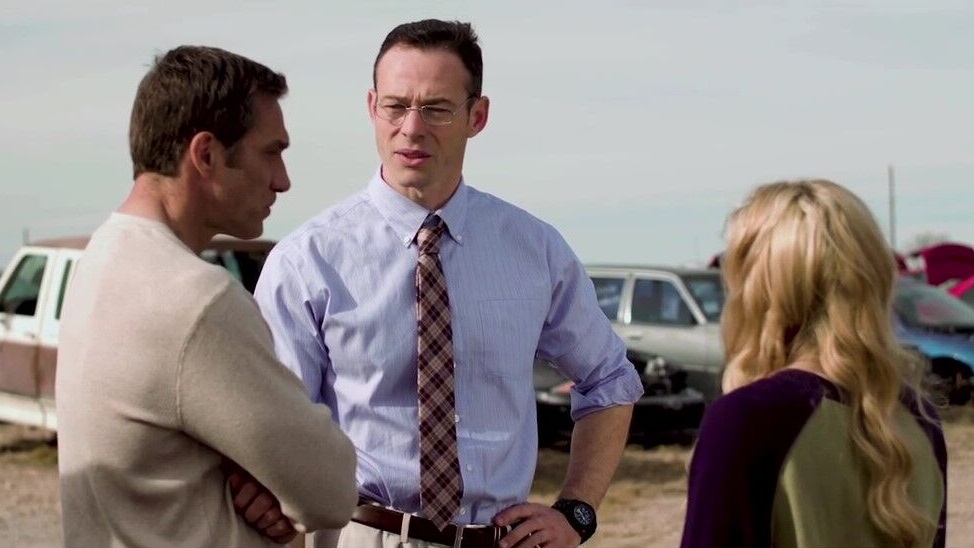 Akbar obviously spent some money on this film as there are helicopters, crane shots and gunfire, but the budget does not come through on screen. The film looks made for cable, specifically the Lifetime network. When Laura has to stay with her uncle while Jack investigates the Biggs operation it gets especially sappy and when Jack is taken prisoner by Alex after refusing the trip to the nebulous “outer space”, his Liam Neeson impression is less than convincing.

Once captured Jack shares a psychic link with Subject A played by Luke Gregory Crosby, who doesn’t have much to do but look like a sparkly elf, think Legolas meets Edward from Twilight. The origin of the connection shared by the 2 is also quite sketchy, but there is plenty of time spent trying to explain in.

Soon Jack is released by Dr. Rice played by legendary stuntwoman and Star Trek V alumni, Spice Williams Crosby, who also served as stunt coordinator on the production. Her dialogue is the shakiest in the film, seeming as though she might have been given the script just moments before shooting. Still, it was nice to see her cast in a non-physical role for once. 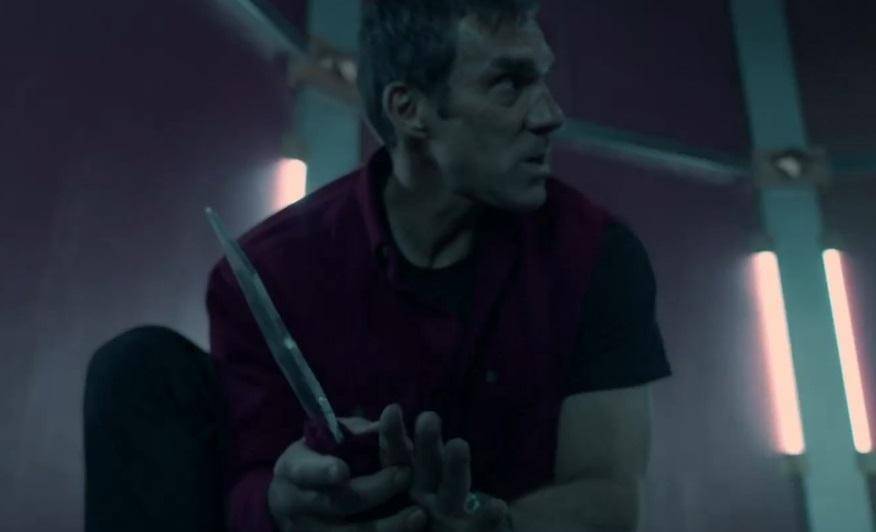 At least by this point the film has finally picked up the pace, which leads to the most exciting moment of the film, a brutal fight between Jack and an unnamed, muscular body guard with a glowing knife. The fight choreography here is strong, giving Daniels a chance to show off his kickboxing moves. When he creates a shiv out of a broken shard of glass and his shirt sleeve I was cheering that there was finally something awesome going on. But my joy was short-lived. 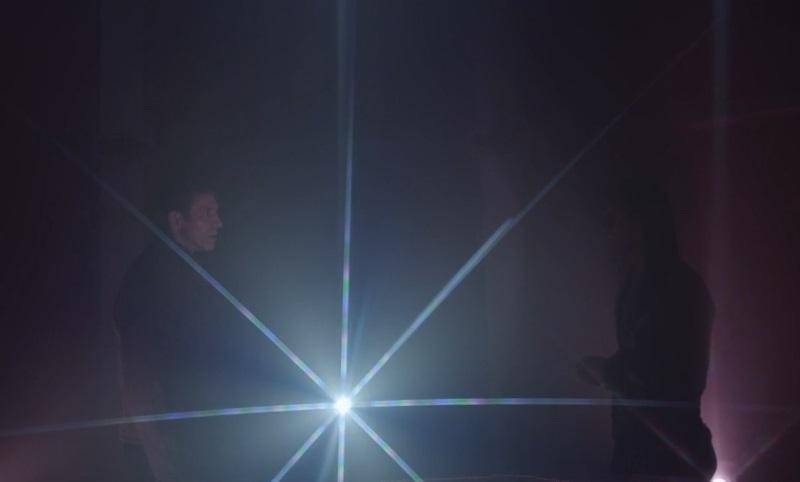 Just as the action picks up, the film abruptly ends. It was here I realized that Astro is meant to the be the first part of a continuing saga, hence the lack of resolution for absolutely every plot point introduced during the film’s run time. There is absolutely no closure on anything for any character.

It’s as if this was a pilot meant for a new series on a video streaming service they decided not to pick up. Though before credits we do get one more bit of weirdness that was truly unforgettable. 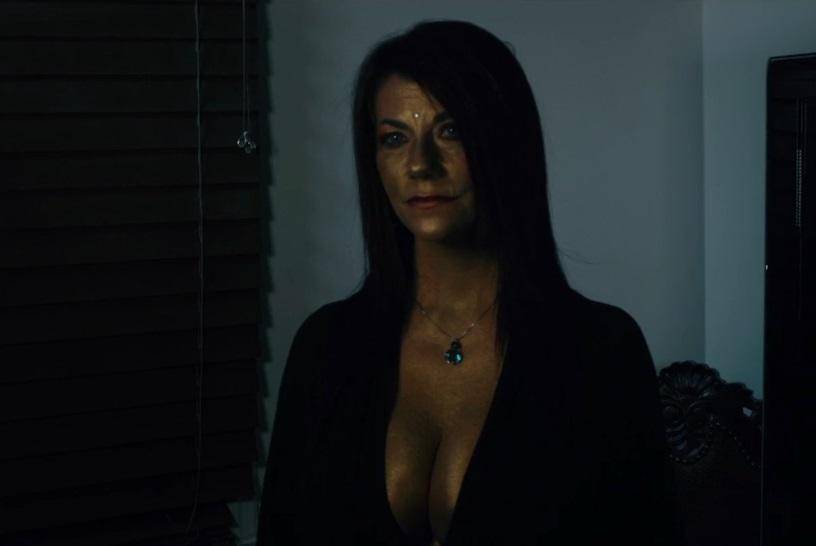 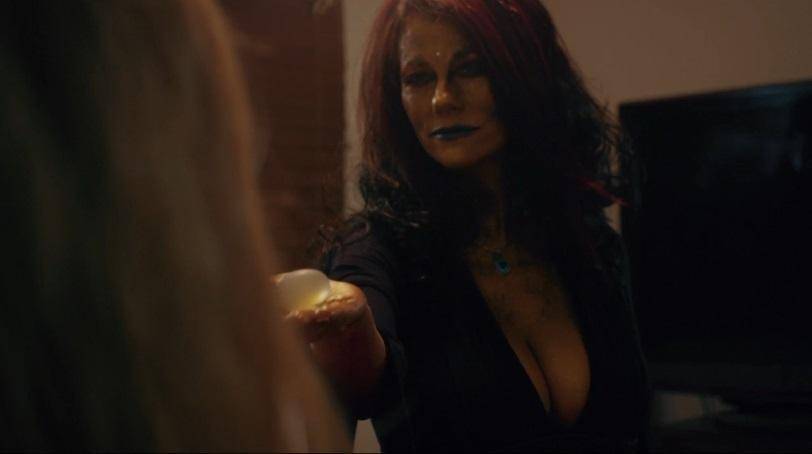 Moping around in her room, whining about how she misses her Dad, Laura is suddenly visited by a being who beams into frame. It’s Vivian, looking like Elvira after a visit to the James Bond villain Goldfinger. It is absolutely jarring, but fascinating, as she for some reason morphs into a different hairstyle and make-up design mid-scene as she babbles on about a magical rock she offers to the young woman as credits roll. 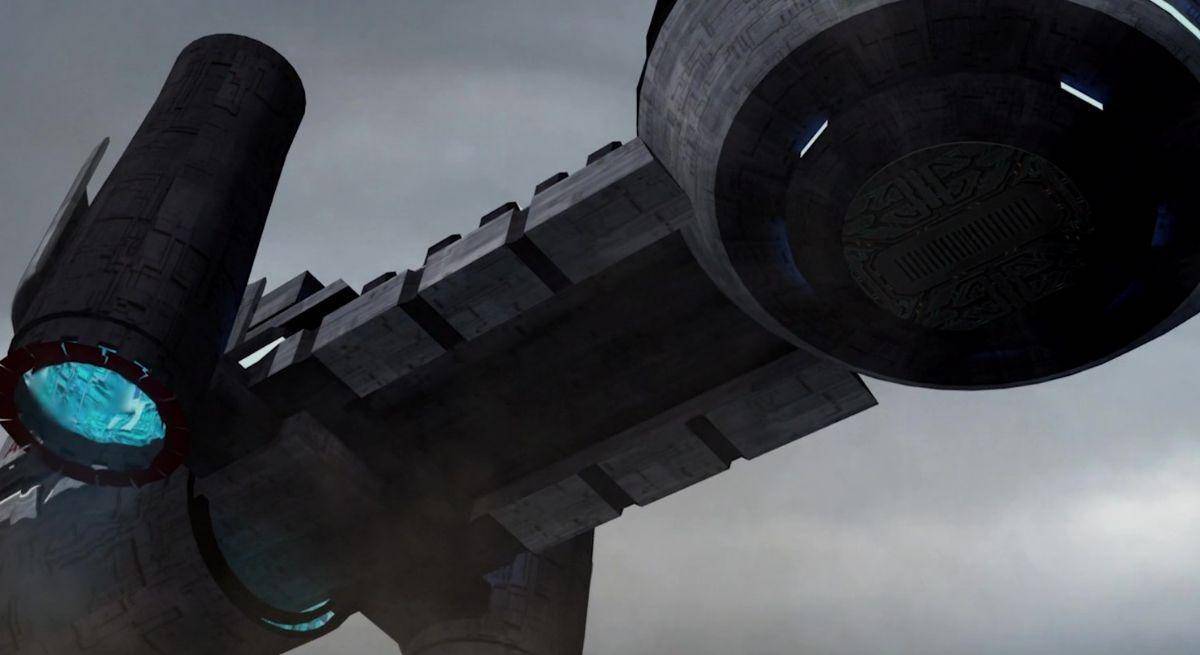 Astro suffers mostly from the fact that it believes in the theory of tell, not show. Insufferably long monologues are delivered by every character and lingering camera shots abound. I will refrain from wasting too many words on the pedestrian CGI. Aside from being aimless and cryptic, the film is just boring. So very boring. 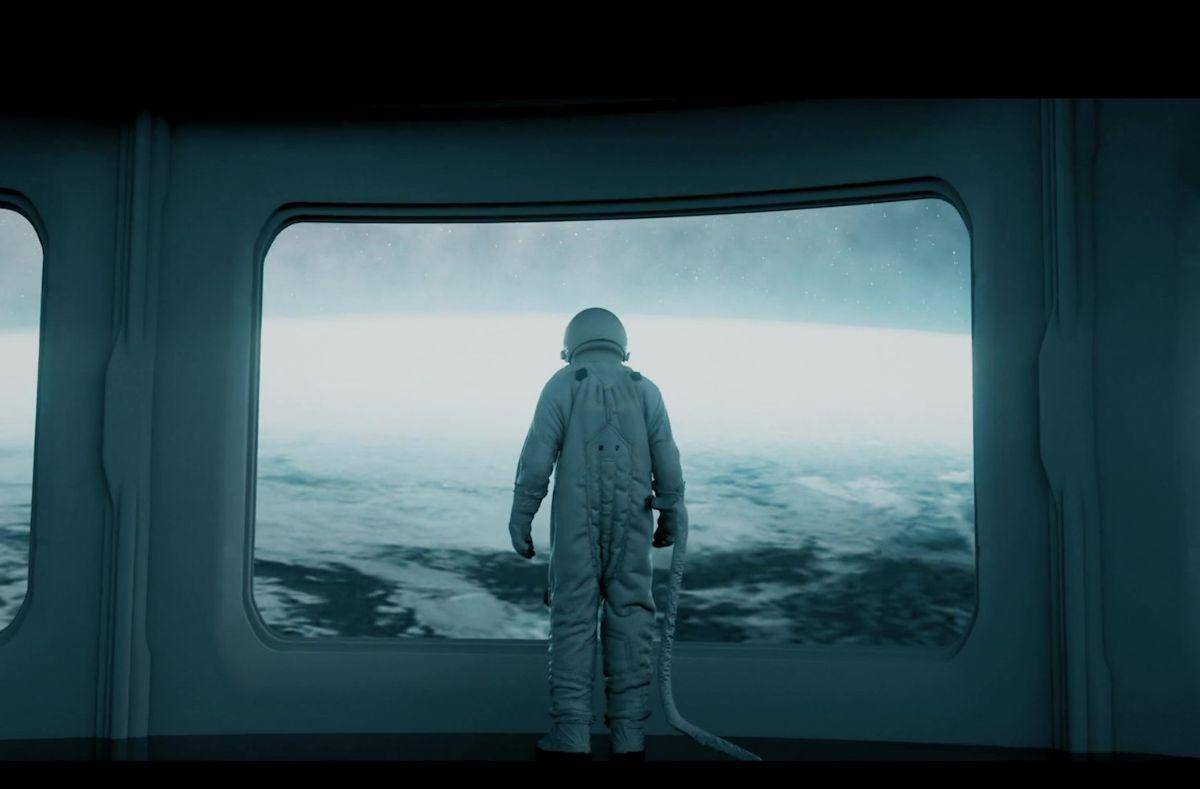 I cannot recommend you see Astro and frankly I don’t know why Sony has decided to distribute it. It’s a shame because the movie loving public needs original ideas, but just as with the Wachowski’s misfire, Jupiter Ascending, Astro has too much convoluted world building to sort through that ultimately amounts to nothing.

Astro is available now on DVD from Sony Home Entertainment.