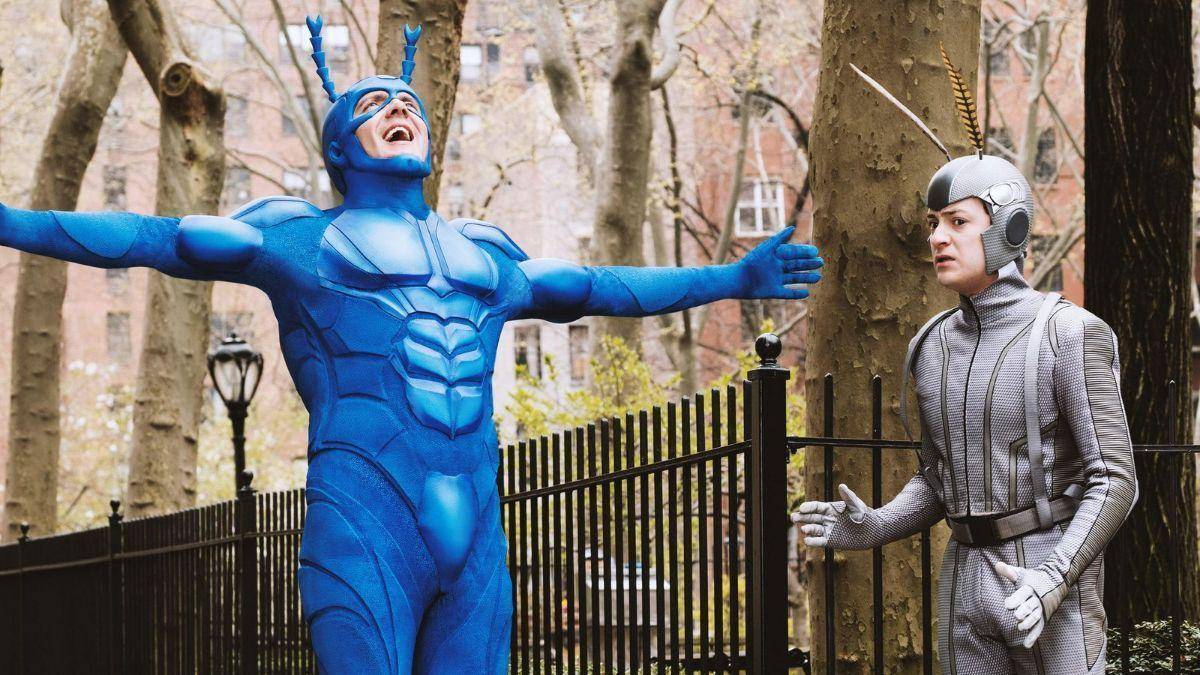 Fans of the new Tick series on Amazon have to be a patient bunch. The pilot episode was released in 2016, followed by the first few episodes of Season One a year after the show was picked up. It is only now that the remaining handful of episodes are about to premiere, and on that occasion, Amazon has announced a second season renewal….for 2019.

So savor these upcoming five episodes slowly…they need to last a while! Season 2 will include everyone from Season 1, including creator Ben Edlund and series leads Peter Serafinowicz and Griffin Newman. “Ben has created a resounding hit while Peter and Griffin have brought Tick and Arthur to indelible life,” said Sharon Yguado, Head of Scripted Series at Amazon Studios. “We can’t wait to bring fans more of the Tick universe soon.”

Ben added, “I am so excited that Amazon wants to continue this wildly fruitful collaboration and that this amazing cast gets to stay together, and that we get to build this mythos further, wider, deeper, and taller. We got a good ball of mud spinning with the right tilt of axis, I’m very happy we have this opportunity to keep peopling it.”

The Tick is a lucky blue bug. Other Amazon originals were not so fortunate today; three of their comedy shows were axed: Tig Notaro’s One Mississippi, Jill Soloway’s I Love Dick and Jean-Claude Van Damme’s Jean-Claude Van Johnson. If this is the first time you’ve heard of any of those shows, you’re not alone. Maybe that’s the reason they’re gone.

The back half of The Tick Season 1 will appear on Amazon February 23.

Seeka Out Northbound On Digital Streaming