The genre of science fiction was built on the anthology format. In the 30’s pulp magazines were dedicated to bringing readers short stories of strange creatures inhabiting far off worlds. In the 60’s TV shows like The Outer Limits expanded our minds with morality tales of bizarre goings on from week to week. In the 21st century the format seems to be limited to short-lived revivals of The Twilight Zone that ultimately fail to gain an audience. Now in the realm of film we are given the gift of 5 Galaxies to explore the emotional impact of possible futures on the human race with beautiful visual landscapes. 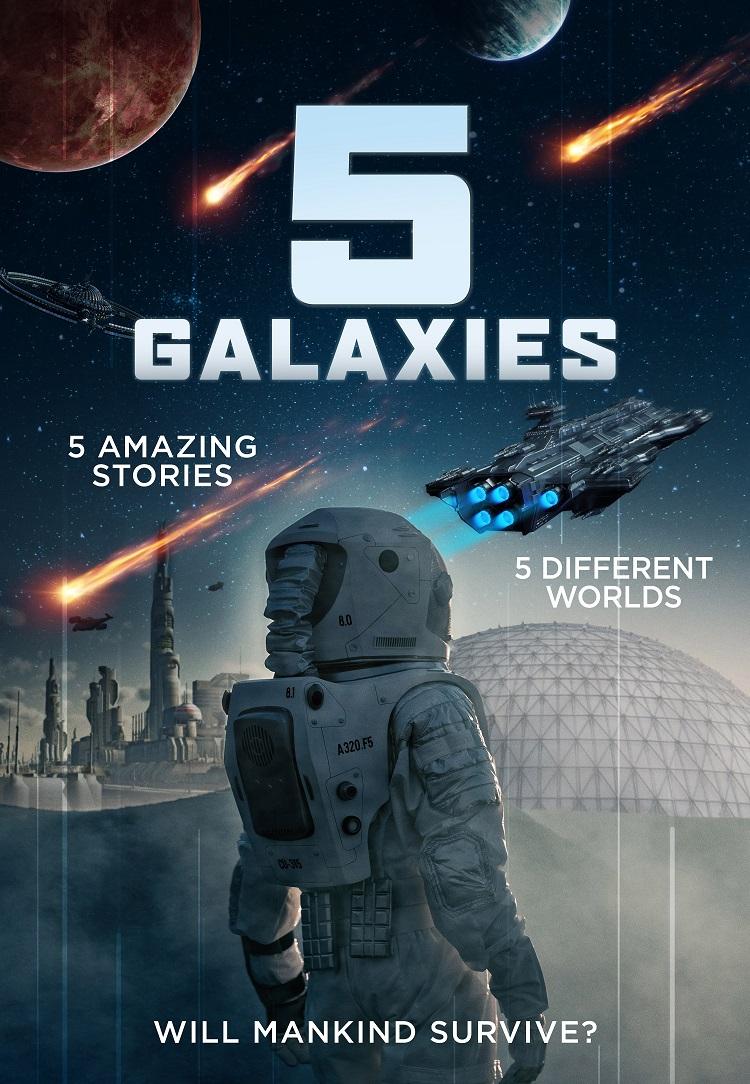 I must admit, I was given the opportunity to review 5 Galaxies earlier this year under it’s original title A.I. Tales, but was never able to gather the enthusiasm to put words to the experience of watching the collection of sci-fi stories. My only excuse is that I have been trained by Hollywood to expect big action extravaganzas like Star Wars or Transformers when considering aliens in cinema, meaning quieter productions like 5 Galaxies can initially feel like a prosaic slog, until you have time to sit with them.

That’s not to say I haven’t enjoyed more carefully paced science fiction such as Blade Runner 2049 with Ryan Gosling or the fascinating Annihilation with Natalie Portman over the last few years, but it took a while for my brain to plug into the world of 5 Galaxies, now allow me to download direct to you my thoughts. 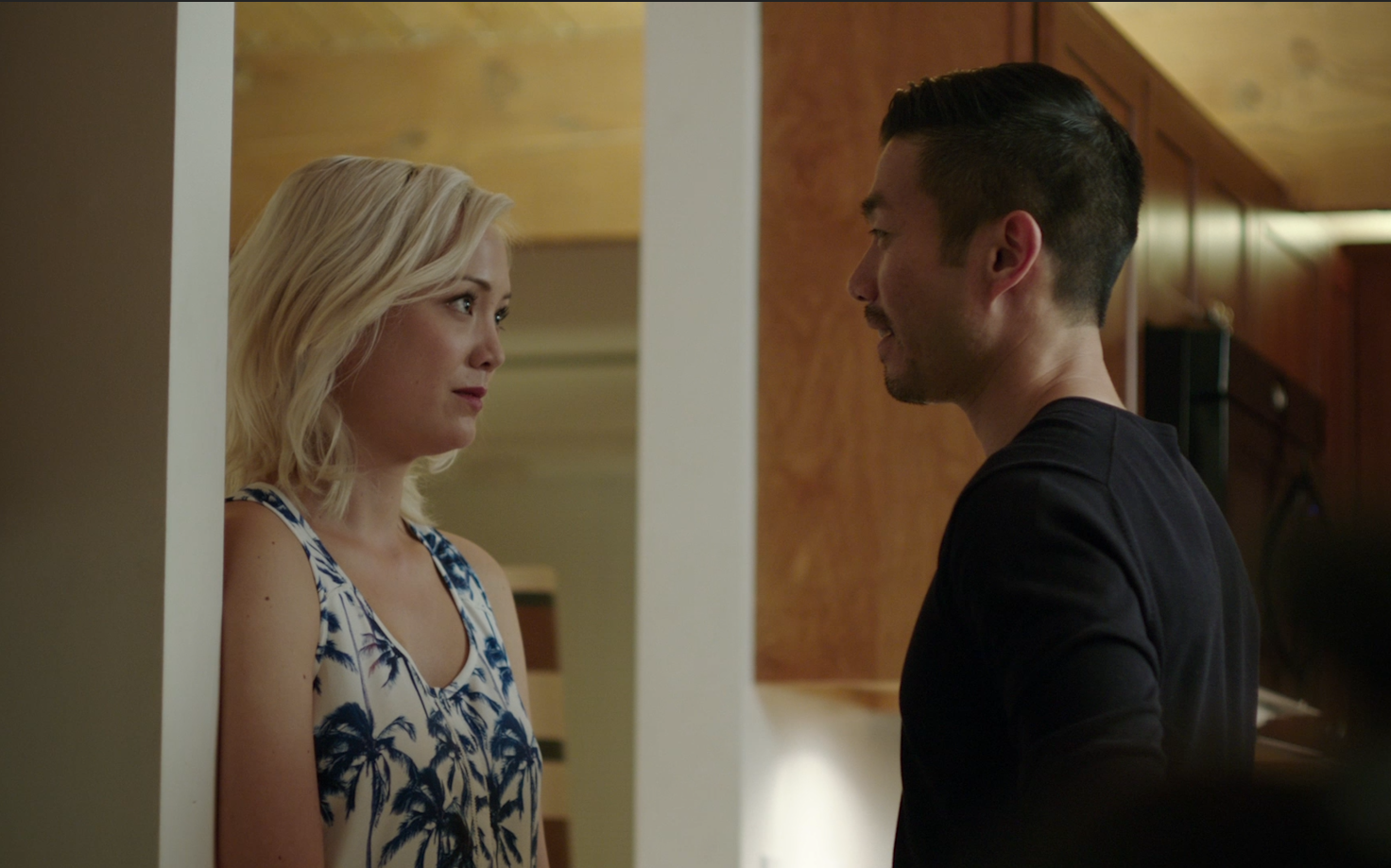 The opening tale focuses on Nathan, played Nelson Lee who will be appearing in the upcoming live action Mulan film from Disney. The setting is a festive birthday party filled with friends and family, but the undercurrent of sadness can’t help but seep through the cracks as the truth of this event comes to light. It isn’t merely a birthday party, it’s a wake with the soon to be dearly departed individual in attendance. you see, this segment posits a future where overpopulation has taken its toll on the natural resources of the Earth and in an effort to preserve the human race, individuals turning 40 years of age are asked to voluntarily commit suicide. Happy Birthday indeed. 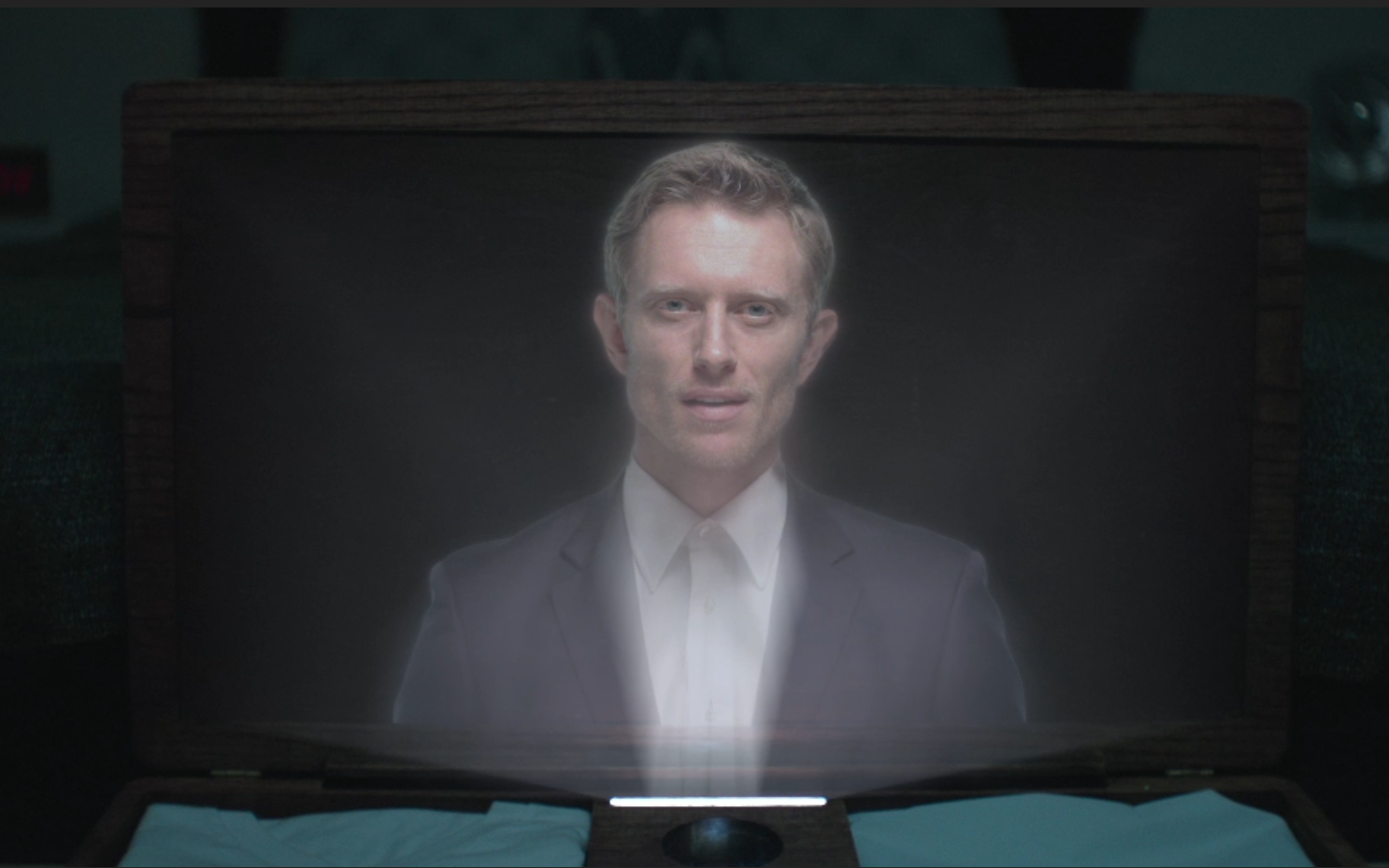 Arguably the most interesting part of this story is how Nathan must wrap up all the loose ends of his personal relationships in one night. Though seemingly distant from his wife and son, when ex-girlfriend, Cat, played by Guardians of the Galaxy’s Pom Klementieff, arrives to say her good-byes, Nathan’s eyes light up. Soon an intimate conversation in the courtyard reveals their longing for one another and regrets are laid bare. The most science fiction based element of the story arrives in the final moments as Nathan opens the implement of his demise and hologram explains the workings of the death device, with a dire warning about those who choose to run from this responsibility.

Next up is yet another story of an individual saying good-bye as she prepares for a journey on which none of her family and friends can join her. Ashlee Mundy plays an acclaimed scientist, who is signing up for what appears to be a one-way journey into the endless expanse of the universe. Some party guests support her, others do not. There are many pained and longing expressions, end of story.

A note to the filmmakers, putting these two introspective, family drama pieces together is most likely the reason I didn’t make it through my initial attempt at watching 5 Galaxies. The performances are strong, but the lethargic 30-minute opening featuring similar themes does a disservice to the more inventive and exciting segments to come. 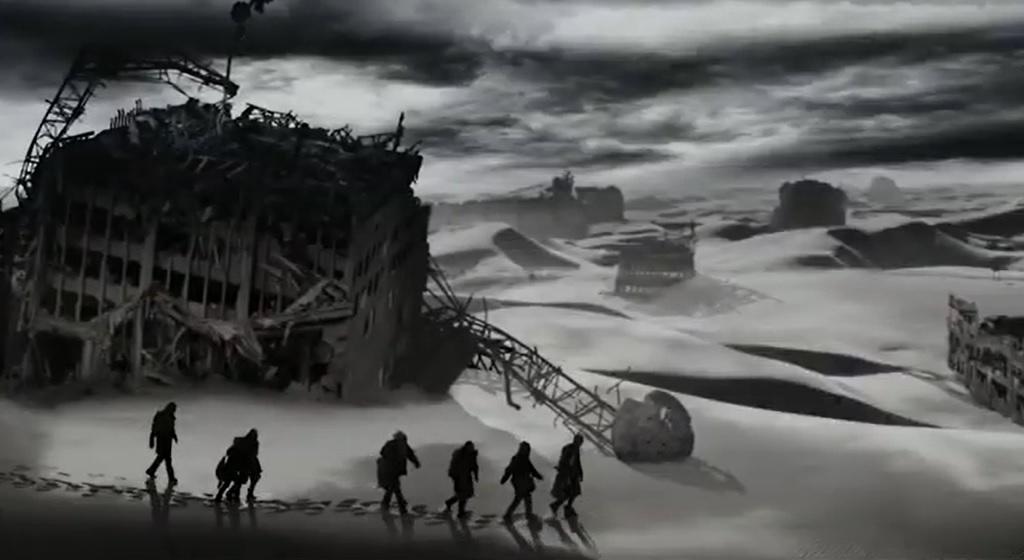 A welcome bit of excitement arrives in the next feature, as a group of survivors wander through a post-apocalyptic wasteland to find shelter. In what could easily have been a pilot for an hour long drama that the FOX network would ultimately cancel after 1 season, we meet each member of this band of wanderers and introduce the main threat to the group’s solidarity, a pessimist named Warren. 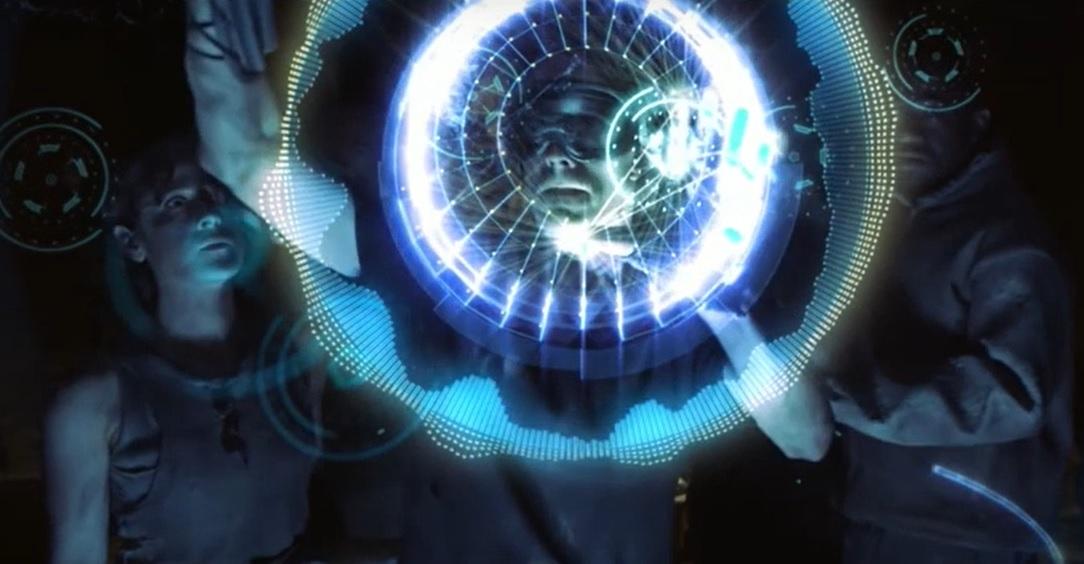 Tempers flare and fists fly as the man who was once a titan of the business world pushes the buttons of his fellow travelers, but eventually an uneasy peace is made. The surprise ending of this segment is truly the stuff of sci-fi dreams as the group discovers the key to their salvation, but soon realizes that not all can be saved. The futuristic production design of this segment’s finale is it’s true strength, providing a beautiful contrast to dark and dreary hellscape presented in the opening. 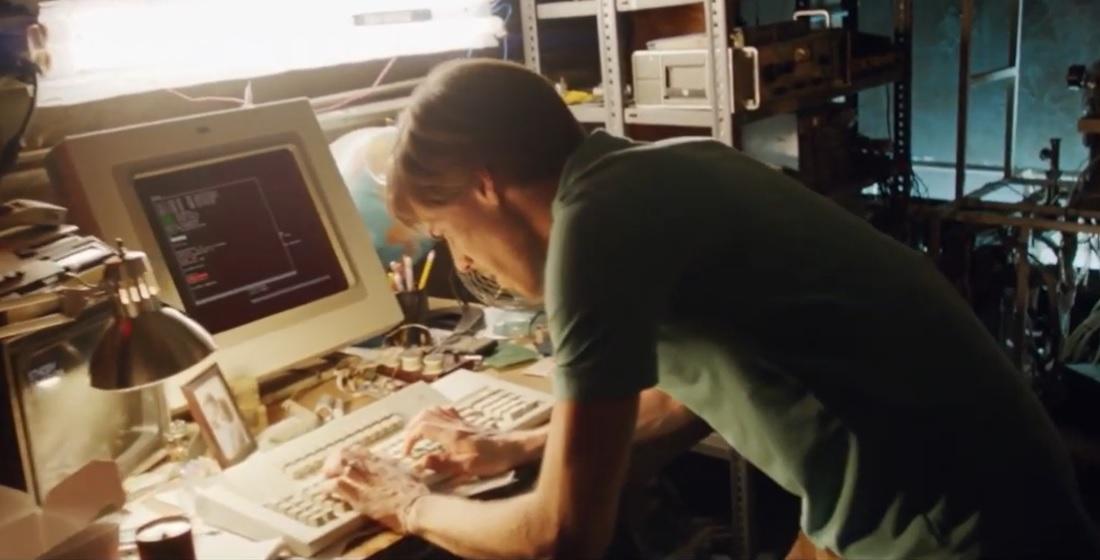 The surprisingly non-futuristic 1984 is the setting for our next adventure as our mostly silent protagonist reviews security camera footage of invaders who have killed his wife and look to be coming next for him. Clicking his keyboard in a hidden computer workspace, the man begins sending hand-written notes to himself in the past with the help of an experimental temporal teleportation device and amazingly his past-self responds back. 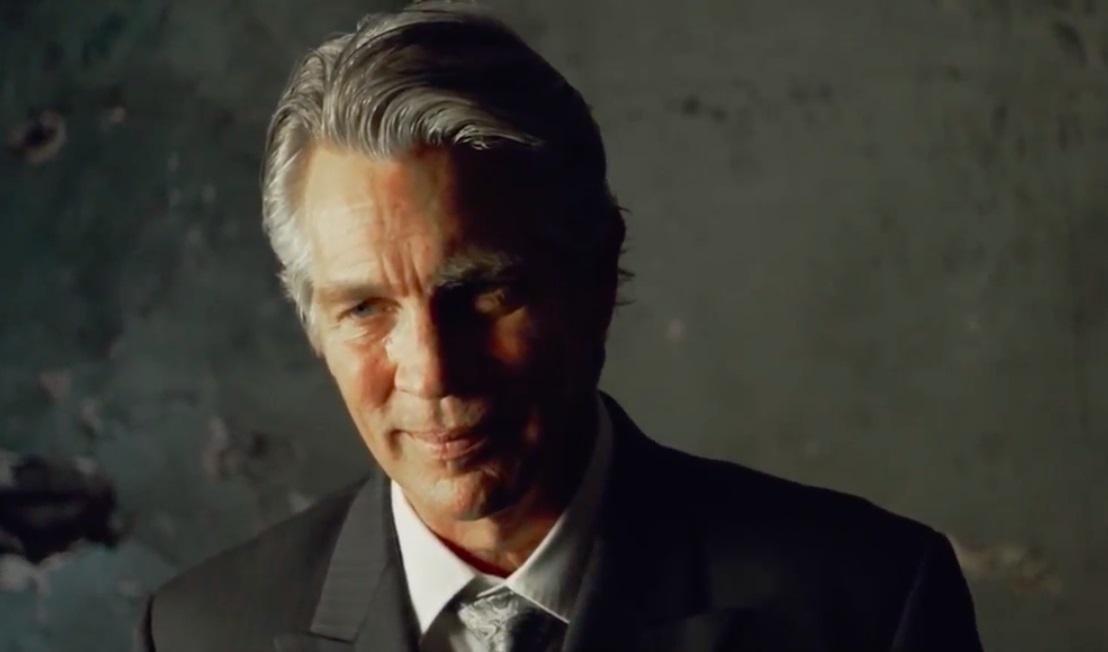 This communication is all in an attempt to prevent the murders by convincing this earlier version to never work for the devious corporation that hired him. Look for a brief cameo by Eric Roberts as the big bad in this silent science fiction time travel tale. 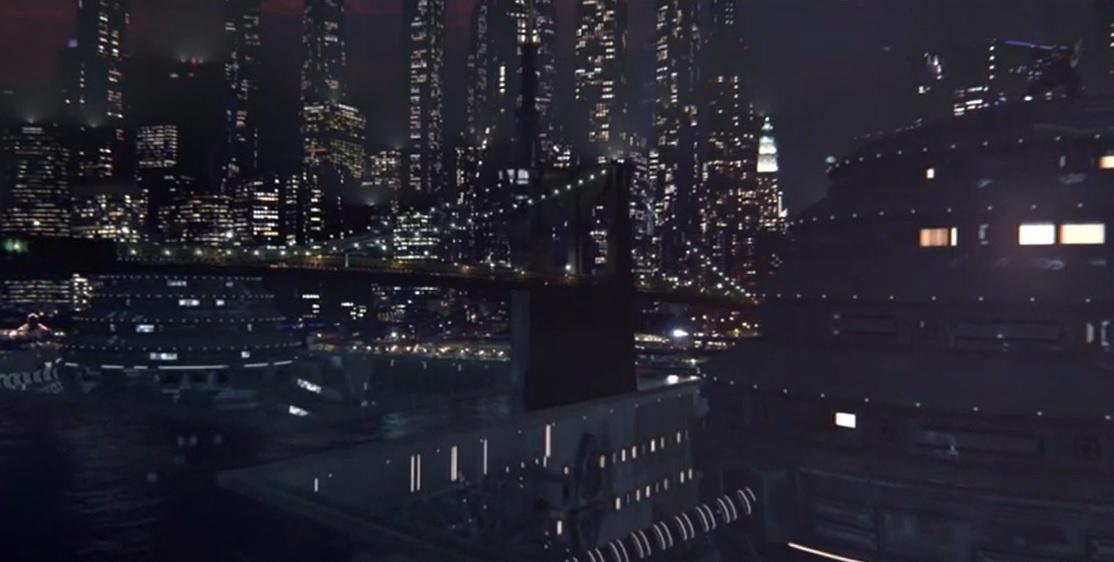 Closing out 5 Galaxies is a Blade Runner inspired adventure set in New York during the year 2150. When a scientist who invents a revolutionary ”face shifting” technology is murdered, bounty hunter Jayden Jaxon played by Kalen J. Hall is on the case to catch the killer. With the help of his “Man In The Chair” Mac played by Marcus Brandon, Jayden must battle other bounty hunters to capture the prize. The partners share entertaining banter in a downtown futurescape as the final showdown draws near.

5 Galaxies certainly shines brighter in the second half than it does with it’s opening segments and for an independent production doesn’t look cheap by any means. The filmmaking itself is solid, with competent lighting and shot composition, but the slow build to the more adrenalized stories created by the sequencing of the segments works against the overall enjoyment of the anthology film format.

This may not have been a completely satisfying 5 course meal for my taste, but perhaps it will be yours. 5 Galaxies is now available now on DVD and Digital from Uncork’d Entertainment.