One of the heads of DC Comics is a man by the name of Geoff Johns, and during an interview, he was asked about Wonder Woman and why a certain twist in a comic book played out like it did for her. His response has always stuck with me, “Because there is no one who loves the world more than Diana.” And that’s very true. Wonder Woman is arguably one of the purest superheroes ever made, and that’s why the Wonder Woman film had to be a great representation of the character, else it be criticized. I’m here to tell you that this film is easily one of the most beautiful films I have ever seen, bar none.

Now you might be like my father and ask, “Beautiful how?”, that’s a fair question, as beauty can be seen in many different ways. What I mean is that this film is a treasure, in story, in characters, in visuals, in meaning, and of course, how Wonder Woman is portrayed and displayed on screen.

I feel it only right to start off with Gal Gadot and her performance as Diana of Themyscira. There has been a LOT of criticism about her being Wonder Woman. She didn’t “look right”, she wasn’t “muscular enough” and so on and so forth. If you come out of this movie thinking that Gal Gadot isn’t the perfect Wonder Woman, you don’t know the character. Godot perfectly shows off what makes Diana a compelling character. She’s passionate, loves life, loves people, and wants to do the right thing. She’s steadfast in her beliefs and is willing to do what others won’t in order to save lives. And yes, she’s a great warrior, undeniably, but that’s not the key part about the character. Yes, it’s awesome that she fight like no ordinary man or woman, and can do things humans can only dream about, but it’s her heart and personality that has won people over for 75 years. Never forget that.

Seeing the naivety of a “young” Diana as she crosses over into the world of man is fascinating, and beautiful. There is true beauty in that naiveness, because we know she’s right! In a world that is tangled and confusing Diana is a straightforward and honest speaking person that truly conveys what we all want to say! One of my favorite moments in the film is when a general dismisses the deaths of thousands in WWI because “that’s what soldiers do.” And Diana loses it! It was awesome!

There’s been a lot of confusion about why World War I was the setting for the film (as she technically came into the world during WWII era) but as you watch the film it makes sense. This is the biggest war the world at large had ever seen. Countries coming together for the sole purpose of killing others, that’s truly terrifying, and you can understand Stever Trevor’s justification for saying it’s like nothing he had ever seen before, and was right. Even though there was a World War II, it wasn’t referred to as the “War to end all wars”, and for good reason. That setting truly comes to life as we see how primitive that war was with its trenches and “No Man’s Land” and the loss of life and utter futility of certain battles. It was ugly, and here comes Diana to bring light to the situation and show that there is always another way. 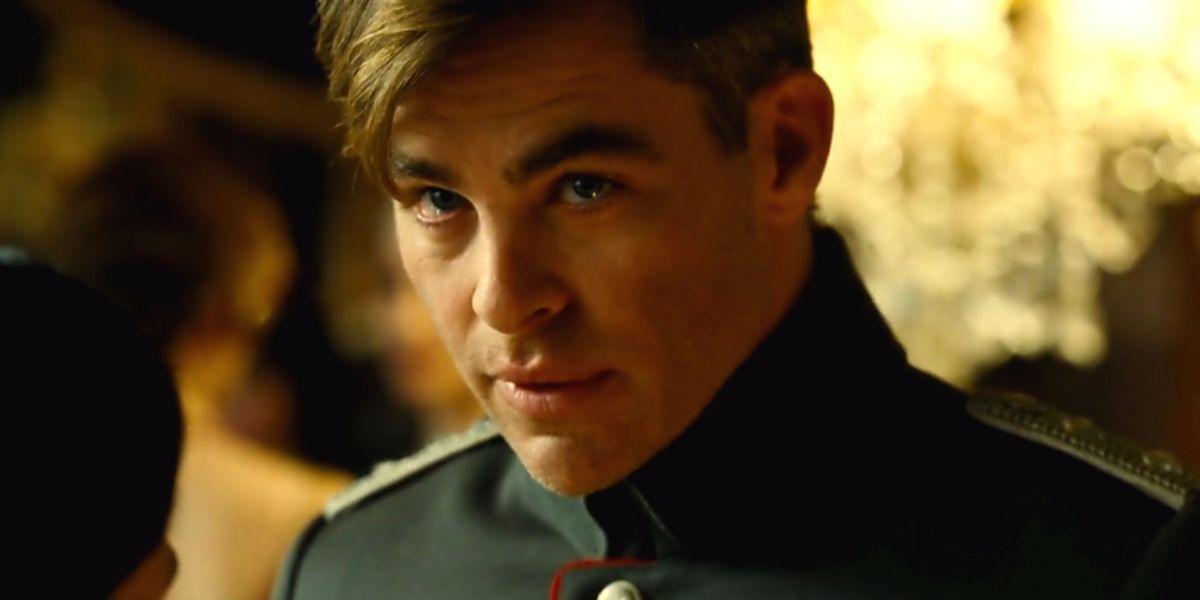 I won’t spoil the main crux of Diana’s journey, but I will say that there is a driving force behind her leaving the island and entering the war, and what makes it so compelling is that she believes in her mission, yet things start to unfold before her and she realizes that the truth is far more complicated. And yet, she perseveres and maintains the beauty and love that makes her such a great character.

Speaking of other characters, there are some great standout characters other than Diana. Chris Pine as Steve Trevor was very well cast. He’s a little different from past interpretations but that’s ok, he makes it work. His conversations with Diana are charming and hilarious and heartfelt. Even a simple talk about a watch was endearing because of those two being together. Yet also, Pine delivers a sense of depth, honor, and even despair at times that shows why Stever Trevor is an important character. He believes in ending the war, but also believes in doing it the right way. He ignores orders if it’ll save lives, and he’ll never risk someone else if he feels he can complete the task himself. He sees the beauty of Diana, and wishes for her way of thinking to be 100% true and accurate, but he’s also been scarred and knows that it’s not always that way.

There are some other great characters too, the photo from Batman V Superman of Diana and Steve takes new precedence in this film, as we meet the other members of it and find out (epically) why that photo was taken. Each of these characters have an energy and life to them that both contrasts and compliments Diana’s. Comic fans will also be happy to hear that Etta Candy is well done and hilarious as well. Then of course…there’s the Amazons.

Small spoiler, a decent chunk of the beginning is on Themyscira, showing off the Amazons in all of their glory. From their island, to their kind, to their skills in battle, they are perfectly displayed. And please pay attention, for the Amazons themselves have some hidden meanings if you look hard enough. Queen Hippolyta is shown beautifully as both Queen and mother, and seeing the Amazons take on German soldiers is a visual treat.

Ok, battle sequence time! You might be surprised to learn that there are only a handful of battle sequences in the film, but each one is special, and unique, and powerful from top to bottom. From the heavily advertised trench battle, to the war on Themyscira, to the final battle, there’s a lot that happens. It’s wonderfully done, and Diana shines in every battle that she’s in. You will believe just how epic she is numerous times in this film. 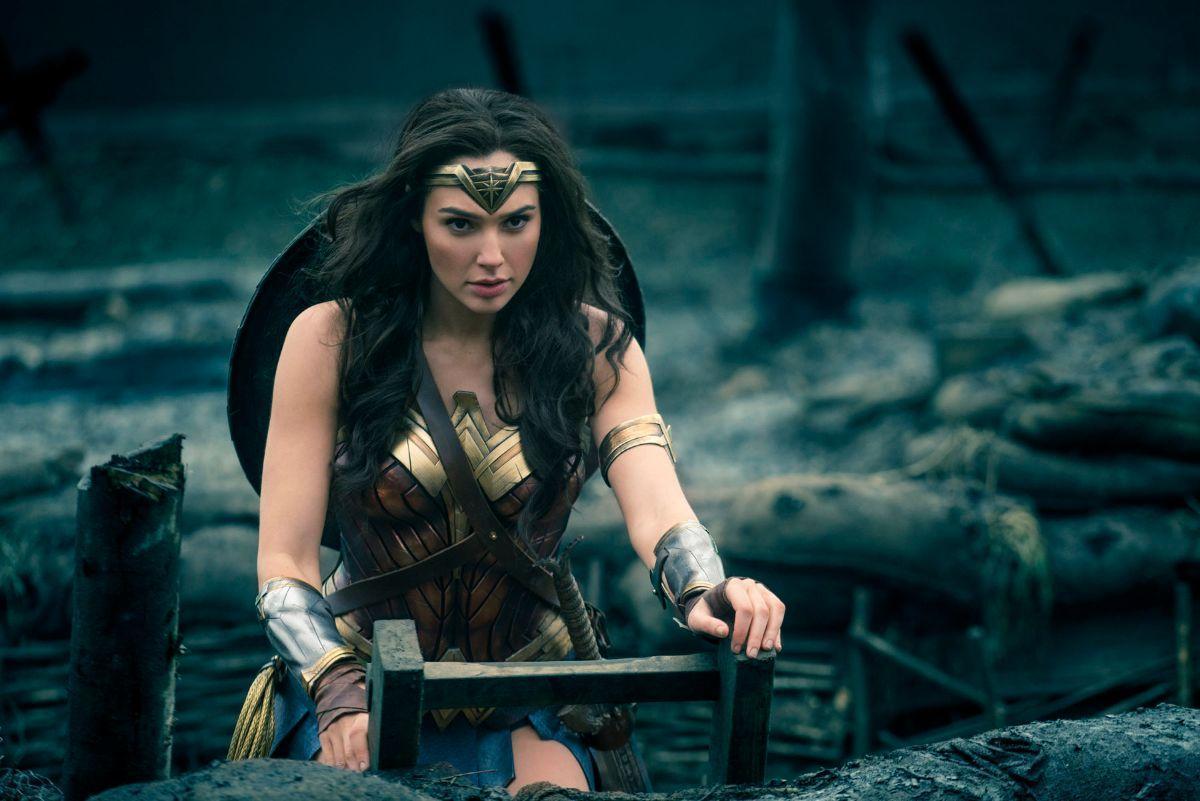 It’s tough to talk about villains without getting into spoilers, but I will do my best. The real villain here are a group of people (including actual comics character Dr. Poison) who want nothing more than to keep the war going. This is a powerful metaphor, as well as a perfect contrast to Diana who wants nothing but peace to happen. Though simplistic, they are well shown, and even moments of dark comedy really help sell who they are.

Oh, and there’s plenty of comedy, but in a fun twist, it’s perfectly suited to the film. Some movies like to play up the comedy to the Nth degree, and it can be eye-rolling, but here, it’s done tastefull, even when the subject matter is very adult, it makes perfect sense why the conversations are being had. That’s a rare balance.

For me though, I was touched by the emotion and scenes that happen throughout, including a very powerful set of moments in the final scenes of the movie where I honestly cried because of what I was seeing. Some were for tragedy, some were of the beauty I was beholding, and some were just because my soul wanted to feel something like I was seeing on screen. I know that sounds cheesy, but sometimes the most beautiful things in life are.

I’ve always loved the character of Wonder Woman, the Justice League cartoon was my first true introduction to her (voiced by the amazing Susan Eisenberg) and I’ve loved her ever since. But with this film, I have an even greater love for her, what she represents, and who she is.This film is one we desperately need in this time in our world history, and I hope you go into it not with high expectations, but with an open mind, because you may just find something you didn’t expect by the time you get out.

The DCEU has been heavily ridiculed since its inception, my sincere hope is that Wonder Woman is viewed and treated with the respect it deserves, because this is a truly amazing, magnificent, epic, and yes, wonderful, film.

Red Notice is coming to Netflix this November 12!   Red Notice is a crossover whenever asked for but needed desperately. It is about a  John Hartley (Dwayne Johnson) an Interpol agent who is determined to arrest two of the worlds most wanted Art Thief. After arresting Nolan Booth (Ryan

Reports from CNBC started speculations that Disney might purchase DC comics after the merger of Warner Media and Discovery.   This Disney Monopoly is getting disturbing.  August 2009 is the year when Disney Purchased Marvel. They did it intending to get the market of little boys and adult men.  Many

Netflix releases the Trailer of Sweet Tooth   Sweet Tooth is not the biopic of the Twisted Metal Villain but you know what? I want something like that to be adapted.  It is not an adaptation of  the Fall Out boy music video of  Sugar, We’re Goin Down neither. So