Wheels Of Aurelia (Xbox One) Review

Wheels Of Aurelia is a rather odd game. It is obstinately a driving game but most of the action and focus of the title is not on the actual driving but rather the conversations between yourself and the various passengers accompanying you on your journey. In this way, it is more of an interactive story than a video game in the strictest sense. This not only makes it a unique experience but also very difficult to review.

The game takes place during the 1970s, with the player having to travel along the famous Via Aurelia, a road that leads from Rome to the French Riviera. It also seems to play with two distinct themes. The first is freedom that owning a car and the open road provides, allowing people to travel wherever they want. The second theme involves those who you are sharing the journey with. 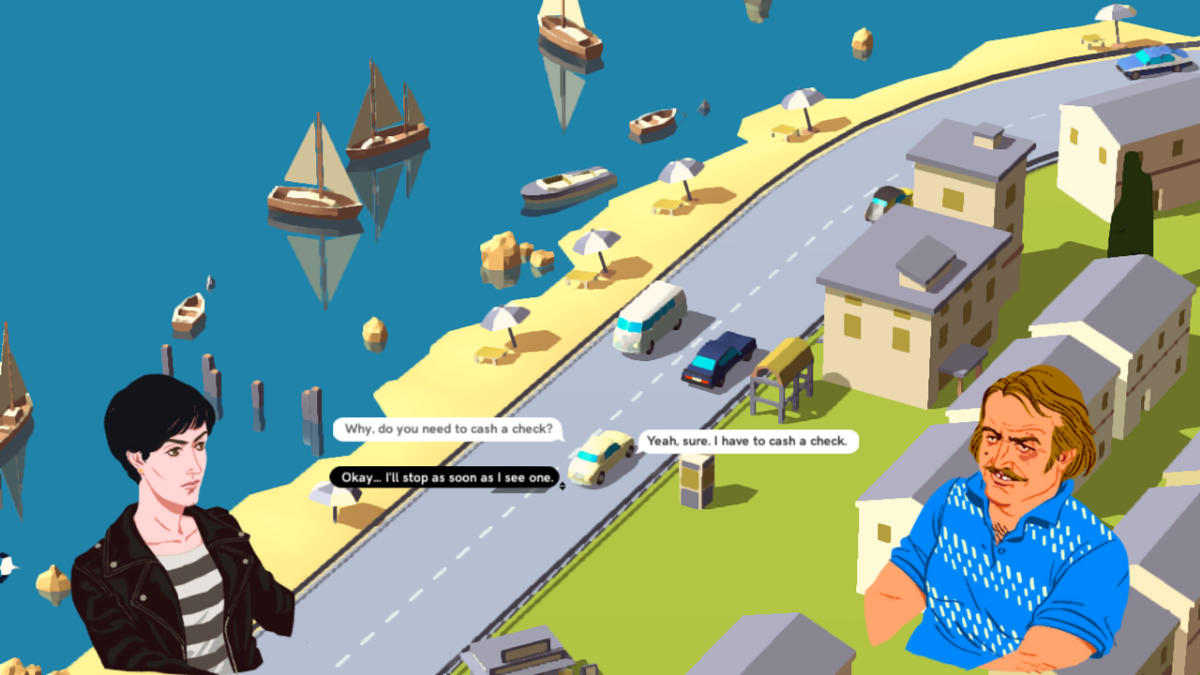 While you are actually in control of the car, the vast majority of your time is spent concentrating on the dialogue. In a way, it taps into road trips you take with family and friends, where the joy doesn’t come from the driving but the from the time you get to spend with the people you care about. Wheels of Aurelia taps into this and also introduces the ability to hear some interesting, and distressing, stories along the way.

Every session starts with Lella, the character you are portraying, and Olga – a female passenger who you met at a disco recently. From there, you can talk with your companion, finding out why they have come along with you and digging deeper to investigate who she really is. As the journey continues, you also get the ability to pick up hitchhikers and lose passengers in exchange for others. These encounters often involve very delicate differences in the responses you can give. These subtle variations provide a way to talk with the other people in your car in a way that feels far more realistic than many other systems present in video games. 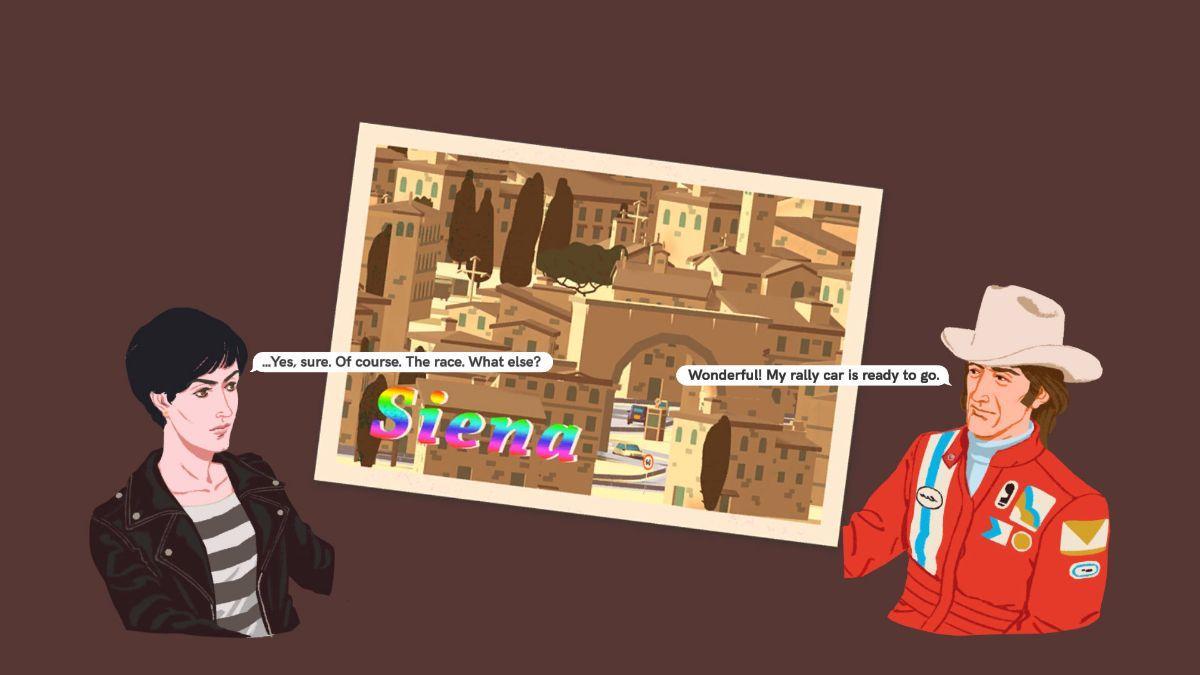 Much of the conversation focuses on politics, whether it is your own views on the government and its actions or what it actually means to be a feminist in the world of 1978. This is the main point of interest within the title, though it also allows you to discover the secrets and motives of the various characters that you can pick up along the way. Each has their own distinct backstory that gives plenty of opportunity to delve deeper into who your companions really are.

The sessions eventually come to an end within the course of between 15 and 20 minutes. They conclude very naturally as a result of the dialogue options you chose and the route taken up the Via Aurelia. With 16 different endings on offer, each with a rather satisfying epilogue, there is a lot of content to keep you going back and exploring the various options. As a run will only last a short amount of time, it also means that you can jump in at any time and not be afraid of how much time you need to set aside to play. 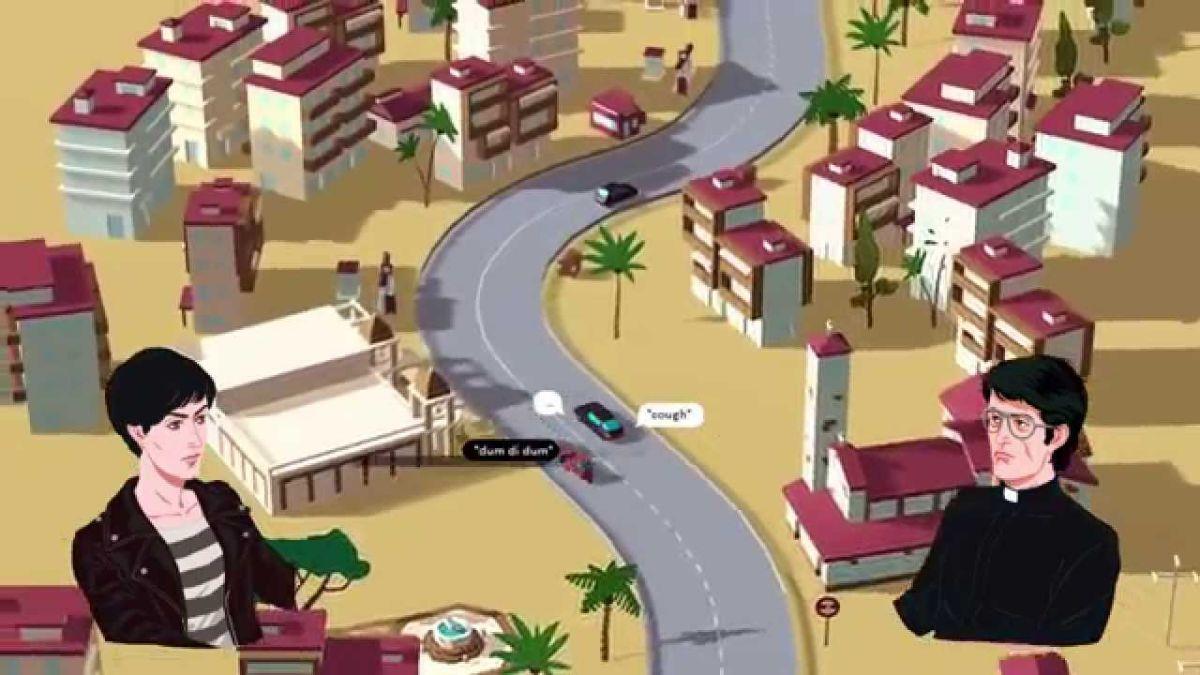 In terms of graphics and sound, Wheels of Aurelia keeps it rather simple. The visuals are made up of a rather basic set of models and environments. There is plenty of color and it can appear to be vibrant, but there is also a distinct lack of detail. This seems to be a stylistic choice more than anything as it allows you to not get distracted by the world passing by around you but instead concentrate solely on the road and the conversation at hand. Meanwhile the musical score has been designed to fit in with the time period perfectly, though it can become repetitive after a while as there is such a limited selection.

Ultimately, this game is not one that is full of action and intense gameplay. It instead focuses on the sense of exploration and story provided by conversing with your passengers, as you investigate their past and actions. While it may look like a driving game, it is more akin to an interactive story or a walking simulator, providing enjoyment in a different way to most modern games. There is also plenty of replay value and it can become exceedingly addictive as you try to get to the different endings, something which is aided by the bitesize portions offered.

This review is based on a digital copy of the game that was provided by the develop Santa Ragione for review purposes. It is available now on Xbox One worldwide at a price of $9.99.