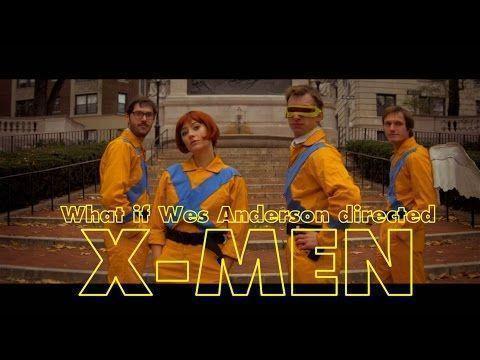 Hope you survive, I mean, get a mild chuckle and maybe a deeper understanding of life and all of its offbeat beauty from the experience.

This trailer imagines what would happen if the indie auteur behind such films as Moonrise Kingdom, Grand Budapest Hotel and The Life Aquatic With Steve Zissou turned his offbeat sensibilities to Marvel’s mutant franchise. I know it’s meant to be a parody, but the results are quite genuinely beautiful and heartfelt, this is a film I wouldn’t hesitate to see.

The parody features low-budget costumes and special effects, laid back naturalistic dialogue, weirdly intricate sets and unique takes on the characters. I especially like its approach to Magneto as a smug author wearing a scarf. Oh, and the famous “Welcome to the X-Men, hope you survive the experience” tagline does get used, with a perfect comeback. It has never really made much sense, has it?

The video is the work of Patrick Willems, who also did the hilarious “What if Ingmar Bergman Directed The Flash.”

Willems isn’t the only one to come up with the idea of mixing the X-Men with Anderson’s style. A Twitter topic led to a Tumblr blog where people have been posting mashups for a while, including gems like this.