Cartoon icons Tom & Jerry have been trying to kill each other for more than 70 years. Their weapons of choice include “everything from axes, firearms, explosives, traps and poison” [- Wikipedia.org] in attempt to maim, maul and murder each other.

With such a long and glorious tradition of cartoon violence, I don’t understand how anyone could watch a T&J ‘toon and get the impression that they are BFFs.

But apparently the designer of this key chain decided they were.

And this T-shirt too…

…and this kids’ book:

..and even an ad for a Windows Phone app:

Of course you could accuse me of being too literal, but that’s part of my nerd heritage. And even arguing that cats and mice are natural enemies is just more nerd rage (although Japanese scientists found a way to make cats and mice marginally friendly). It’s just that when I think of friendship, a cartoon cat and mouse trying to off each other over and over again is the furthest thing from my mind.

And I do acknowledge the merchandising machine behind these products: little girls love kitties and cute mousiness, and having a new BFF every other week in grade school is important in childhood development. So slap “Best Friends” on a T-shirt or key chain and make Tom & Jerry look all cute and huggy-like, and some addled adult is bound to buy it.

After all: Tom and Jerry are shining examples of friendship. Friendship that ends badly, that is. 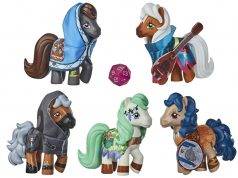