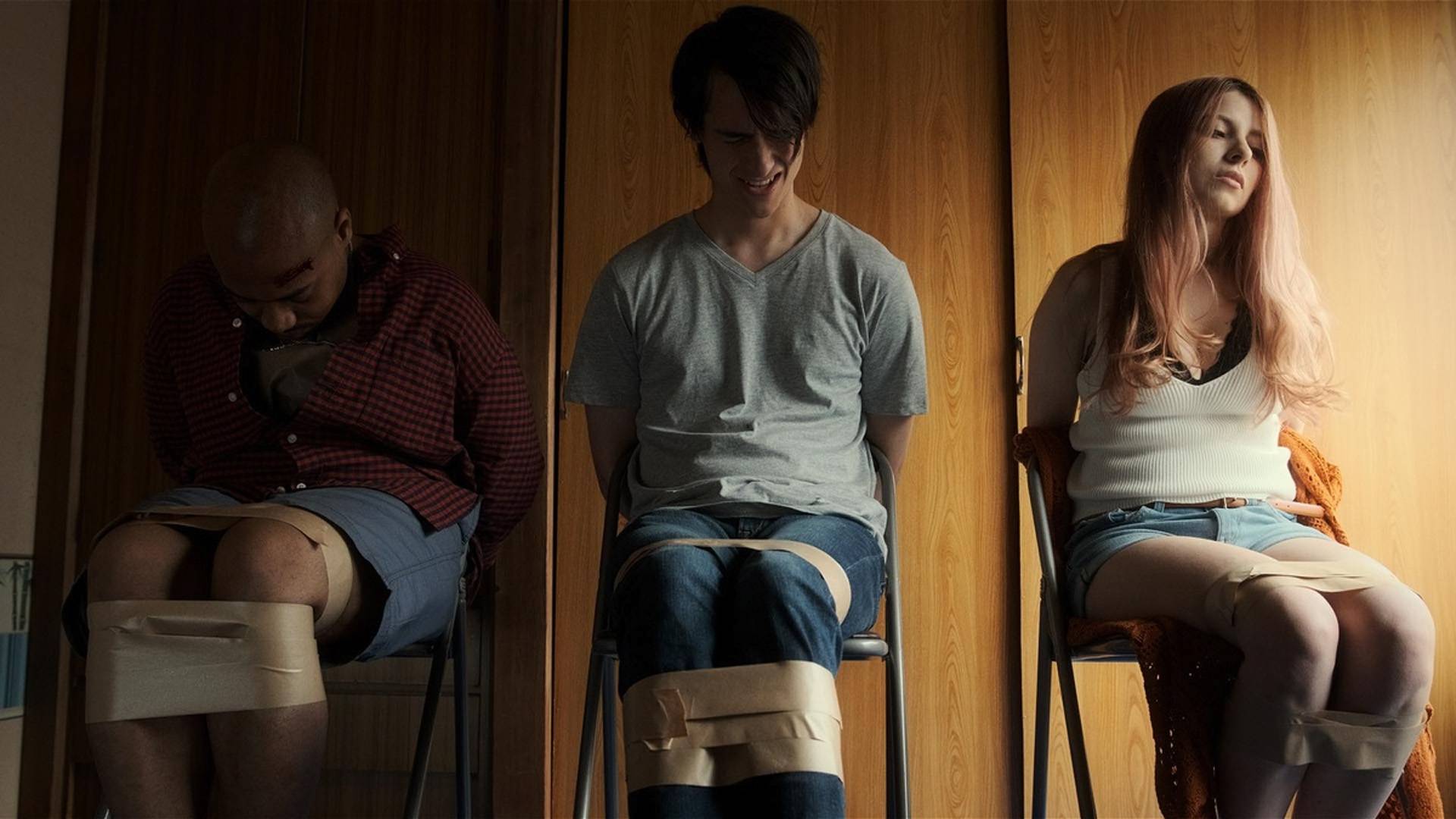 The Japanese indie horror studio Tokyo Bay Films is prepping its latest creation for release in the US and everywhere else. Tokyo Home Stay Massacre will get a simultaneous worldwide release in all major markets.

The tale of hapless young people getting trapped in a middle-of-nowhere house with crazies is a well-worn one, first popularized in The Texas Chainsaw Massacre and retold countless times since then. When America makes such movies, though, they tend to set them in the backwoods South. Does Japan — a much smaller, island nation — have an equivalent for such remote areas? This reporter wouldn’t know…chime in through the comments if you do.

The plot: three American teenagers travel to Japan to party on vacation as well as to put their past behind them. Through a series of circumstances, they wind up staying in the home of an eccentric Japanese family, who seems friendly at first. But as the family’s behavior gets weirder, the teens start thinking they should perhaps make a run for it. But the family insists they stay….permanently!

Tokyo Home Stay Massacre isn’t quite as grim as its American counterparts — some of the bizarre things the family does are intentionally meant to be funny. Based on the trailer, we anticipate a lot of agonized screaming, a lot of gore, and…a lot of wacky dancing.

Tokyo Home Stay Massacre will be out October 2 on digital platforms.

The Nursery Comes To DVD

Roots Of Insanity Hacks Its Way Onto Steam