Nerds enjoy entertainment that rewards them for paying attention. They enjoy humor that makes sense in context and impresses them with unpredictability and cleverness. Their tolerance for bufoonish frat comedy or domestic family sitcoms are less than other people’s, but the one form of humor they really can’t stand is antihumor.

Antihumor is, in basic terms, something that normally wouldn’t be presented as a joke…presented as a joke. This is not to be confused with “dead baby comedy,” which is taking something tragic and horrible and presenting it as a joke unedited. Antihumor is more like…taking a diagram of a wall section, pasting it by its lonesome with no explanation, leaving it there and calling THAT a joke.

Why would anyone do this? Because in antihumor, the joke is on the audience. It’s on YOU for anticipating something good! But you got a wall! Hilarious, but only to the joke-teller. To the person who committed the act, the joke is funny — and sometimes that’s all they care about. This kind of humor is the biggest flaw in the “please only yourself” school of comedic thought that’s so popular these days.

Antihumor was pioneered by maybe-insane comedian Andy Kaufman, who used to pull things like open a sold-out show by lying down on the stage and sleeping the entire time. It was later adapted by a lot of the cheaper shows on Adult Swim, specifically Sealab 2021, which among other things aired an entire episode without a single joke. The joke was that there was no joke. Did you laugh?

It’s become more prevalent in today’s comedy for three reasons. One, it’s easy. There’s no simpler way for an animation factory to knock off nine months’ worth of work than to show a jar of mayonnaise for ten minutes. Two, it’s perceived as edgy and different, mainly because it’s never been done to this kind of extent before (but for good reason). Three (in the case of Adult Swim), executives think that their primary audience is incredibly stoned and will watch anything. Defenders of antihumor will point to two classic examples of long extended gags in animation and present them as proof that antihumor works: Sideshow Bob stepping on rakes for 45 seconds, and Peter Griffin hurting his knee and going “SSSSSS…..AAAAAAAH” for an entire minute. People loved these, therefore, antihumor should be given a chance, right? The odds are just as good that showing a construction crane backing into place for three minutes of airtime will have them rolling on the floor!

No. Not really. Because these examples aren’t antihumor. An extended gag and antihumor are not always the same thing.

Both these bits are more like one joke that changes into another joke. At first Sideshow Bob’s rake scene is funny for simplistic reasons of cartoon violence. Then as it wears on, the joke becomes the fact that Bob can’t escape the rakes no matter which direction he turns, and he has the same seething reaction every time. There’s a point to it; it’s not only funny, but adds to his character. Peter Griffin’s knee at first isn’t really a joke at all, but becomes one after the audience recognizes he’s milking his injury and making a bigger personal deal out of it than it really is. The knee bit isn’t antihumor, it’s observational humor, because some people will really do this.

Conway Twitty, however….is just Conway Twitty. Playing a video of Twitty for three minutes doesn’t start as a joke and become a different one. It’s just something that’s there. And it’s evidence the Family Guy staff doesn’t understand why the knee scene worked. It made them come to the conclusion that they can run ANYTHING for an extended period of time and generate tremendous gushers of laughter. For a show built on comic cartoon timing, this became a real problem. There were a lot of geeks who did not see Ted because they feared Seth MacFarlane was going to pull the same gimmick again and focus the camera on a lint ball for five minutes, or something just as tedious. Thankfully, though Ted contained a lot of Seth’s now-stale routines, antihumor was not among them.

It is still a fundamental fact that all forms of humor are dependent on timing. Even extended gags needs timing, and in that case they’re even more difficult to cut just right so the audience is more amused than annoyed. There is no timing applied to most attempts at antihumor, and this is a big reason why they fall flat. More people than just nerds don’t appreciate this kind of joke. Your number one goal when writing should be to please your audience, and committing antihumor for the sake of it accomplishes the opposite. 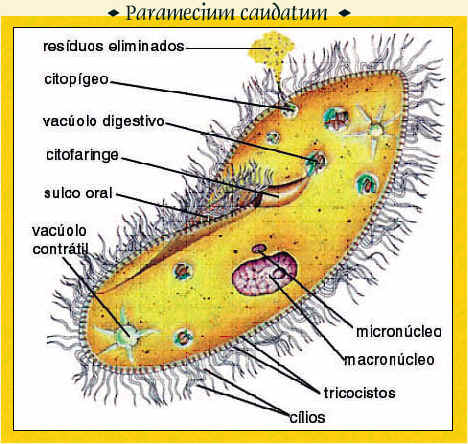 Karaoke actors use to be a part of the lives of people who loves to sing that owns a Laser disk, Betamax, VHS, VCD, and DVD. By the time Bluray and those Magic Sing portable Karaoke machines existed, they became obsolete. During my childhood in the 90s, I see these

The 41th Season of Survivor will premiere this  September 25 and CBS already leaked the first 2 minutes of the new season: In Earlier Season, the title of the Season is the location where its filmed on. Ever since Jeff Probst’s got complete creative control of the game. He decided