Amazon has released a new trailer for its upcoming new live-action TV reboot for The Tick. You can check out the new video for the upcoming series in the player below. Based on Ben Edlund’s comic book of the same name, the show later became a hit animated TV series that lasted for three seasons on Fox Kids. It later became a short lived but well-liked live-action TV series in 2001, starring Patrick Warburton as the titular character. Now, the dimwitted blue superhero gets revived with a new live-action TV series exclusively for Amazon Prime.

In the new Amazon Original series, underdog accountant Arthur Everest comes to realize that his city is under the control of a global super-villain who is to be believed long dead, The Terror. As he looks to uncover the conspiracy, he unwittingly falls in league with a strange blue superhero named The Tick.

The show stars Peter Serafinowicz as The Tick, Griffin Newman as Arthur, Valorie Curry, Jackie Earle Haley, Yara Martinez, Brendan Hines, Scott Speiser, and Michael Cerveris. The new show is created and executive produced by property’s original creator, Ben Edlund. It originally debuted as a pilot for Amazon before it got picked up to series. It also looks like Tick’s costume has been altered for the sake of the series version. 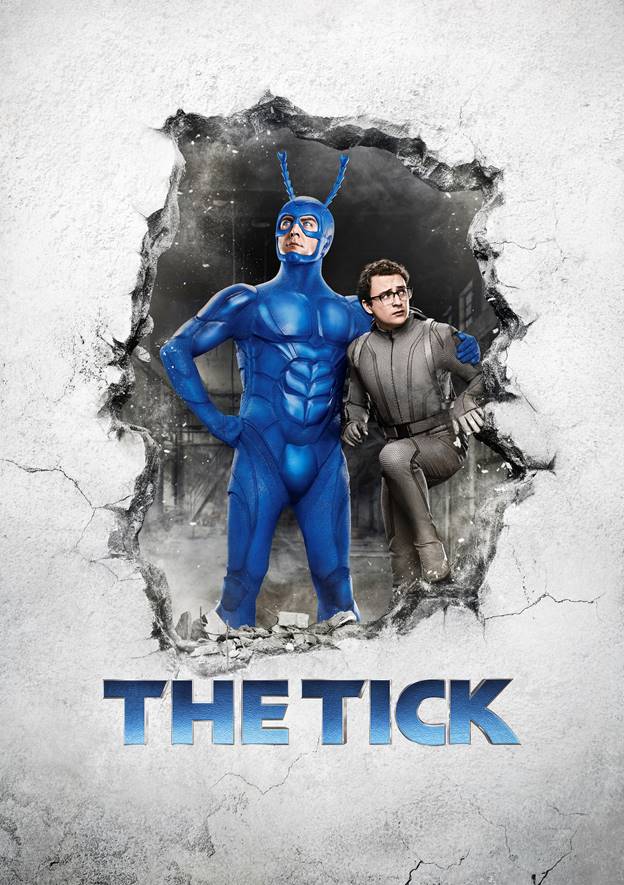 Jeffrey Harris, a movie, TV, video game, pop-culture, and UFC/MMA aficionado, resides in Los Angeles, California. He is a graduate of The University of Texas at Austin's Radio, TV, Film program. Jeffrey is a dedicated pop-culture geek and UT Orange Blood.
Black Siren Arc Will Feature Redemption Cyberpunk 2077 Will Have A Unique Class System

Oh No, The Tick Has Been Spooned By Amazon

NYCC 2017: The Tick To Have “Introspective” Journey