The Nursery, a new haunted house tale of terror from the first time writing-directing duo of Chris Micklos and Jay Sapiro mixes a cast of engagingly fresh young faces with a collection of modern scares to give viewers fits of fright with a twist. The Nursery invites audiences to try and survive the terror until the end where the terrifying truth lurks in the shadows. Find out if this film is for you in our The Nursery movie review. 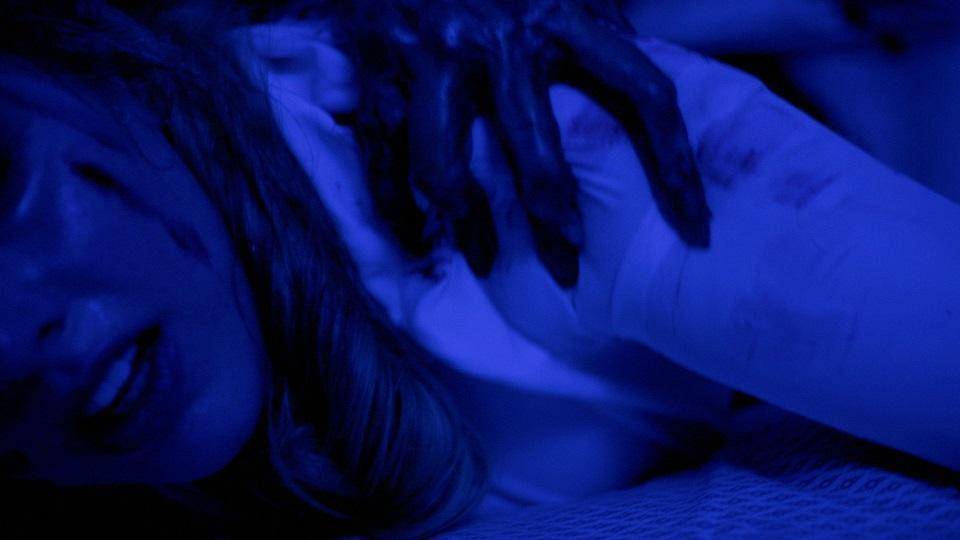 Plot: When a damaged college sophomore babysits for a family with a tragic history, she finds herself stalked by a sinister presence and haunted by ghosts from her own past. Soon, she and her friends must confront the angry spirit hunting them down one-by-one on a deliberate march towards its ultimate prey.

It’s been said that imitation is the sincerest form of flattery, but the question is does that affection for the classics make for a horrifyingly good time? Though The Nursery is pitched in its marketing as a modern day equivalent of John Carpenter’s Halloween, aside from a babysitter protagonist this reviewer saw a monster mash of influences beyond Michael Meyers. 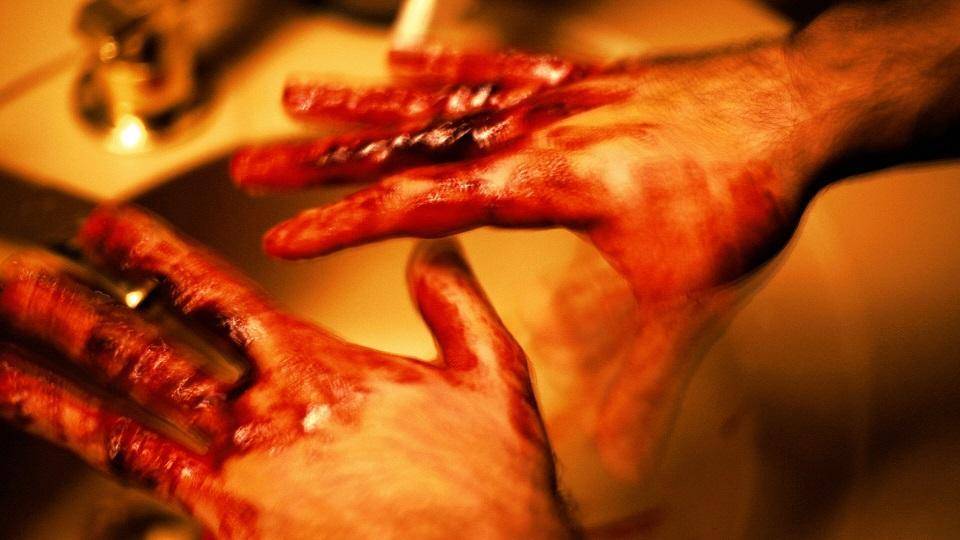 Though the set-up of teenagers caught in a remote haunted house is nothing new, weaving in a sense of distrust among the group of friends hearkens back to another Carpenter production, The Thing. As each member of the group begins to get creeped out by a lurking entity both in the house and on their electronic devices, anger, fear and heartache cycle through the story until the blood starts to flow. 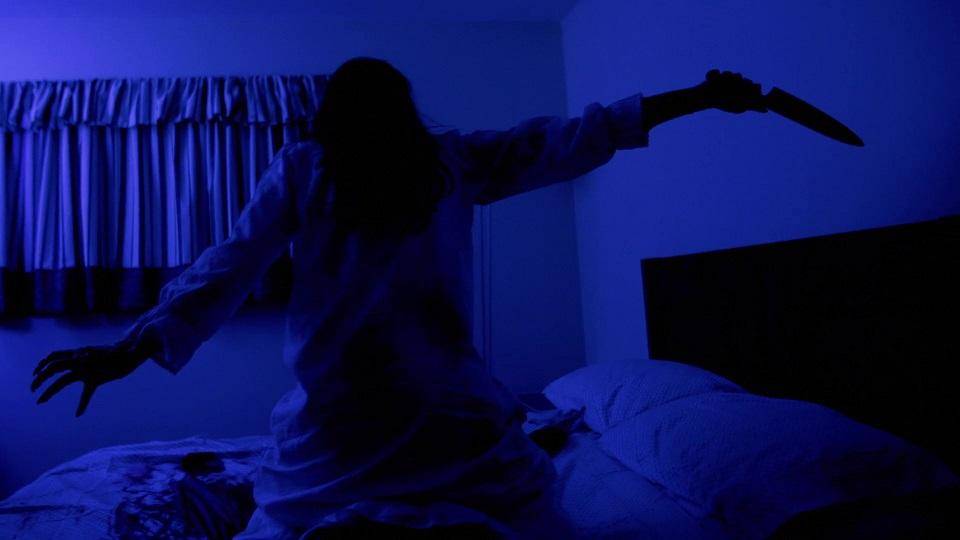 While borrowing heavily from The Ring/Ringu in terms of plot and the appearance of the supernatural killer, Micklos does manage to work in quite a few elements into his script that give it an original feel, while co-director Sapiro assists in bringing the tension required to make the viewer’s brain tingle with anticipation. 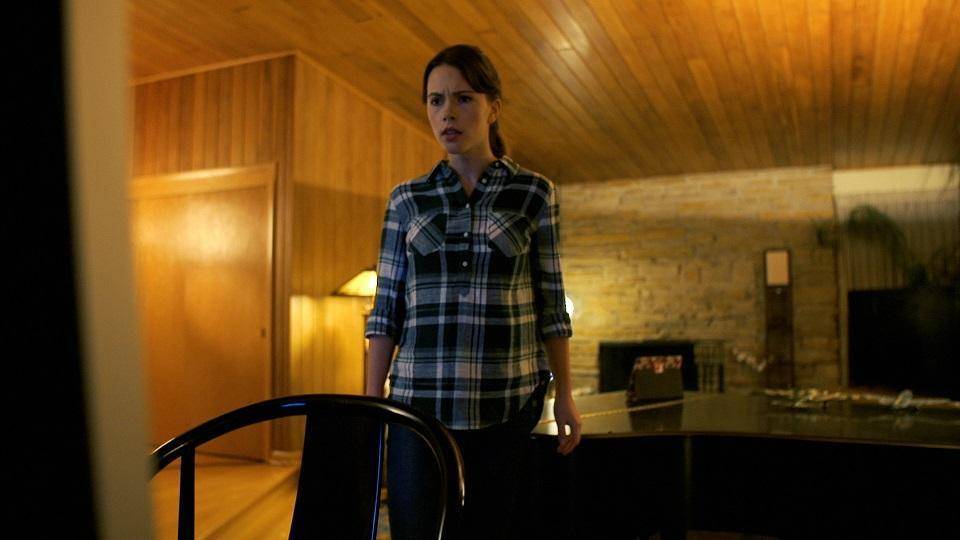 The intentional visual texture of The Nursery is immediately noticeable, making great use of shadow and color so as to heighten the atmosphere of growing dread as the film progresses. With the filmmakers being more measured in their use of post production special effects, the in-camera lighting work and practical gore effects do a lot to lend The Nursery credibility as do the performances by the cast.

Madeline Conway as our protagonist, Ranae is the embodiment of the girl next door and anchors the film in reality with her sincere performance. Hiding a tragic past behind an average demeanor, once she’s left alone in the house to look after a sleeping infant on a video baby monitor, the viewer quickly realizes that Conway is more than capable of carrying the film herself.

After experiencing a few unsettling noises and receiving a rather upsetting SnapChat image, a trio of friends show up at the door to keep our babysitter company. It’s with this introduction that the screenplay by Micklos really shines, as a love triangle is subtly established between the three, with each revealing unique character traits and motivations that make them more than just bodies waiting to be covered in crimson.

Emmaline Friedrichs as the sassy, Calista acts as Ranae’s caring confidante, when she’s not totally disgusted by her vulgar and selfish ex-boyfriend, Jeremy played by Claudio Parrone Jr. who doesn’t buy into the ghost story unfolding before them. Currently attached to this douche is the frisky Grace portrayed amiably by Carly Rae James Sauer, who manages to let some some vulnerability through her sex-kitten demeanor. 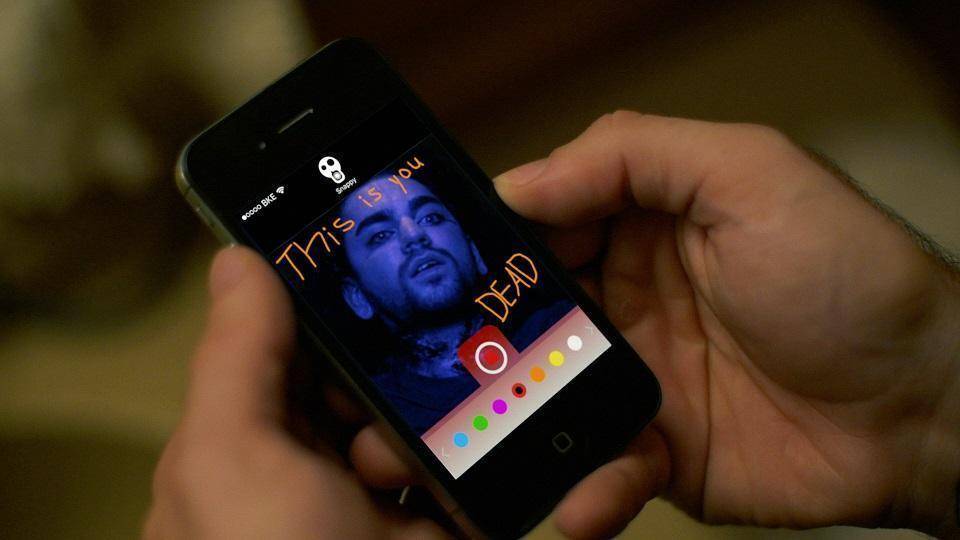 With a small, but enjoyable cast, don’t expect the bodies to hit the floor with any frequency. The demon of the house is choosing to play with her prey and suspense is the name of the game. It’s unclear what the ghoul’s connection is to social media and electronics, but the horror finds itself playing out on phone, computer and monitor screens until the killer goes for the jugular… literally. Chokings, stabbings and slittings all seems to center around the neck for some reason.

Most effective is the build up to the moments where our characters meet their chilling demise. If you’ve seen a horror movie or two you know the set-ups when they happen, but the filmmakers stretch the moments out just a little bit longer than expected to make the jump scares that much more effective. While many independent horror films skimp on the blood effects, The Nursery gives you just enough to make gore hounds happy, especially in the scene where Grace is viciously dispatched with.

Also weaved into the story is the mysterious origin of the murderous spirit. Providing consultation on the supernatural via video chat is Ranae’s brother, Ray given life by the charismatic Marco Lama. Though a young actor with all his scenes playing out on a video monitor, his line delivery is fresh and incredibly natural. I found Lama’s scenes in the film to provide a particularly welcome jolt of energy, despite being a vehicle for exposition.

If The Nursery has one fault, it may be that the characters go from frightened victims, to Ghostbusters a little too willingly. Though Ranae is obviously our “Final Girl” and has to have the guts to stand up to the killer, the idea that her brother’s research through YouTube videos and paranormal chat rooms can give them the answers to battling the pesky poltergeist is extremely convenient and comes off silly. 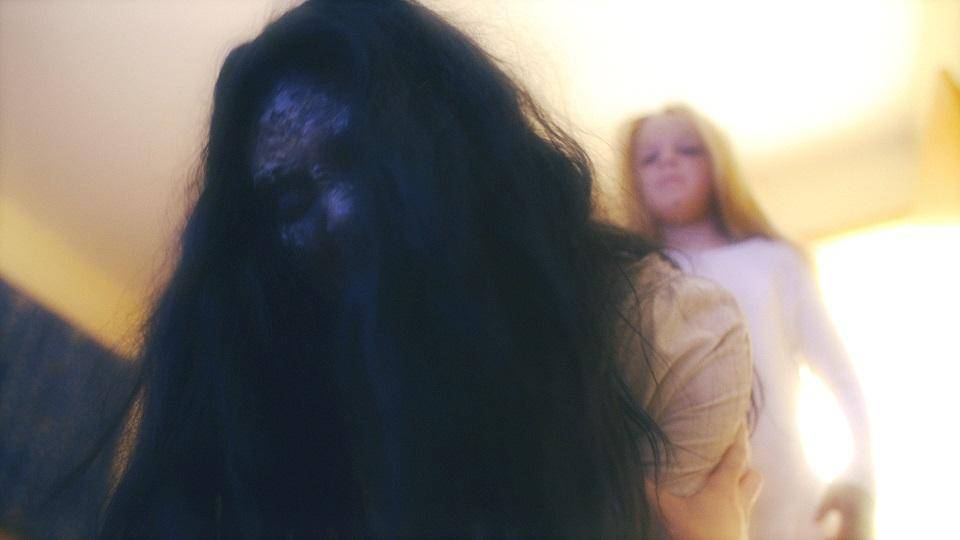 The exciting conclusion (that does in fact take place in a nursery) has plenty of twists and the final 10 seconds will leave audiences with a lot to discuss as the credits roll.

Overall I found The Nursery to be an engaging and enjoyable watch for a late night horror fix. Micklos and Sapiro may not innovate, but they sure do a great job in creating characters that are believable in a supernatural setting and delivering a tense haunted house atmosphere. You’ll enjoy your nasty night with this babysitter.

The Nursery is available now on DVD from Uncork’d Entertainment with a whole host of extras including a full-length audio commentary and making of featurette by the filmmakers. So consider adding this title to your video library today.