Bringing together a team is never easy, just ask Danny Ocean, Nick Fury or Dominic Toretto. But in the hands of the right filmmaker a story of highly skilled individuals joining forces for a dangerous mission can be a highly entertaining experience. The Glorious Seven aims to be such a film and writer-director, Harald Franklin wrangles the team for a pulse-pounding visual spectacle that may just be worthy of the title glorious.

As much as I love spending time with movies, I haven’t seen Akira Kurosawa’s The Seven Samurai or it’s American counterpart The Magnificent Seven since film class in college. I did catch the Denzel Washington and Chris Pratt remake a few years back and if I can show my hand a bit, Franklin’s film is a much better looking picture than Antoine Fuqua’s wild west effort. But is The Glorious Seven a better movie overall? 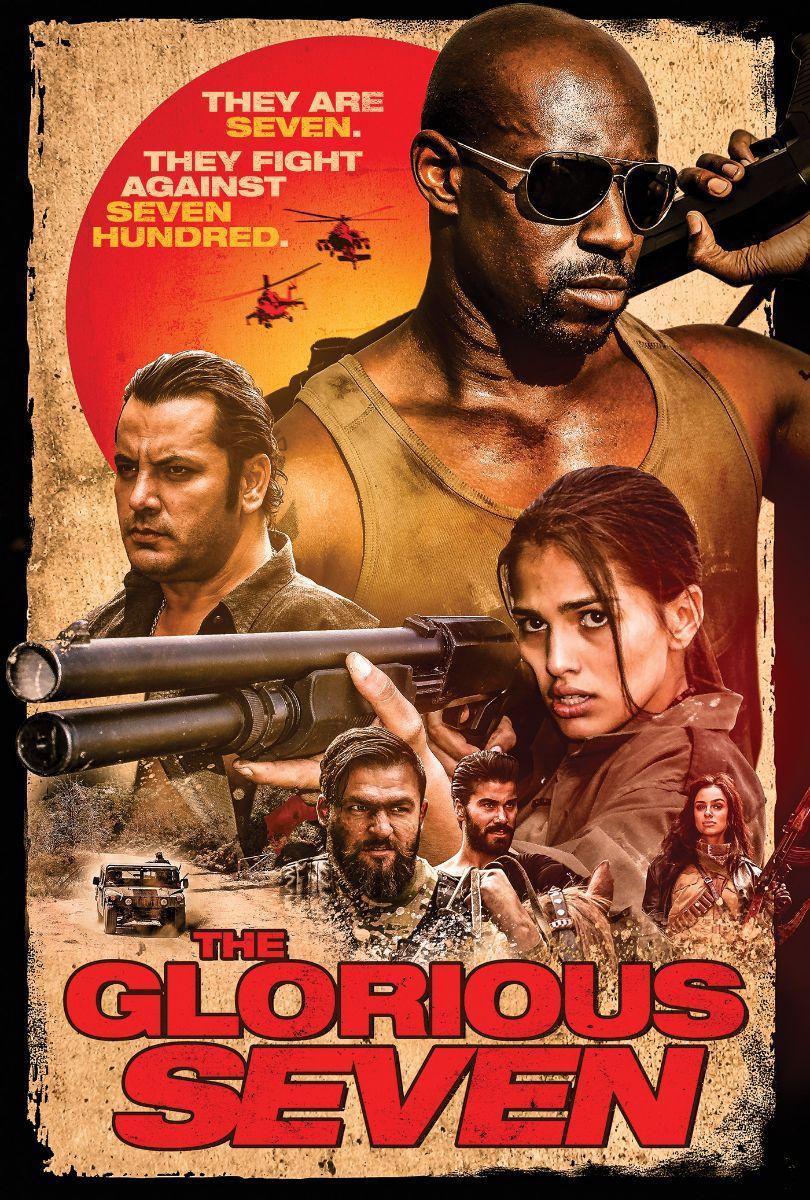 Plot: Ex-military commander David Guerra is hired by shady millionaire Anthony Levin to rescue his wife Valentina who was kidnapped by Javier Martinez, leader of a guerrilla group and must a assemble a team of mercenaries to bring her back home. But is she really in need of saving?

First things first, using “Reloaded” on the title screen skewed my perception of this film going in. The film had been touted as a modern day remake of The Seven Samurai, but “Reloaded” seemed to indicate that this was a follow-up to a previous outing with these characters, especially when each actor is introduced with a title card during the opening credits scene. As near as I can tell, this is Franklin’s first feature film at the helm, so introducing a world where a team is being re-assembled for a mission had me feeling 2 steps behind the entire run time. This is likely why the marketing has removed the word from all posters.

There are actually two groups at play in this film. In the short, but action packed opening sequence we meet the freedom fighter faction led by Javier Martinez as played by Fernando Corral who appeared to be the returning heroes from the non-existent original film. Armed with guns and retrieving a woman from the compound of Mr. Levin played by Fernando Carrera, this segment serves as the catalyst for the story. Their mission complete, Javier and his loyal followers disappear for an hour until the climax. 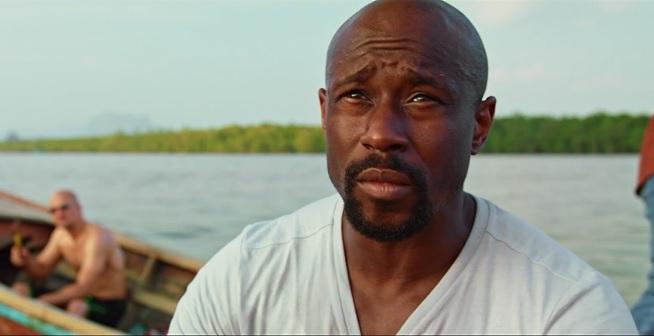 The majority of this film is spent with Jerry Kwarteng as David, a mercenary for hire with a specialty for retrieving kidnapped individuals. Kwarteng is a strong lead, with a well-practiced face of determination that also manages to show an emotional connection with his team of hired guns. David’s second in command comes in the form of Maurice Nash as the Muy Thai kickboxing enthusiast, Ryan, but there is actually a more important on-screen partner that gives The Glorious Seven it’s notable charm, the exotic locales.

The what I assume are South American filming locations are breathtaking with eye-catching waterscapes, forests, haciendas and rolling hills making each moment a visual feast. These beautiful settings are exponentially enhanced by the cinematography of Brian D. Goff and Gunther Neumann, making the movie an absolutely stunning piece of filmmaking, even if the story and characterizations are pretty thin.

As previously stated, most of the run time is spent with David traveling to assemble the extraction team who are being asked to help in retrieving the supposedly captive “Mrs. Levin” for a fee of 1 million dollars. Unfortunately, aside from the moments where these characters are introduced in such places as a very tame strip club or an underground street fighting match, the other members of the team are nothing but muscle bound studs with guns, never given a moment to show much humanity.

Once assembled the team act as our protagonists, but are they heroes? This is the question raised later on as one of the characters questions why they agree to this kind of work and if there is anything they won’t do for money. This is about as deep as the drama gets however, since most conversations are interrupted by gunfire in some very well executed action scenes.

Whether in a forest being threatened by a group of horse-riding bandits or laying siege to an ancient stone fortress, the battles presented on screen are very well edited, with a fine sense of space and movement, which keeps the melees from becoming nausea inducing shaky cam nightmares made famous by The Bourne Identity. Adding even more texture to the excitement is the way the sets are lit to present a dramatic atmosphere that fit the stakes of each scene.

Another important note as one goes into viewing The Glorious Seven is the fact that the dialogue in the film is dubbed. This intentional or necessary aesthetic evokes the feel of Italian action films of the 70s and 80s as the non-English speaking actors do their best to form the words and let their American dubbing counterpart cover the rest. Some cast members are more capable than others and it shows during long scenes of negotiations, but luckily the film relies more on it’s visual style than dialogue to carry the viewer through the experience. 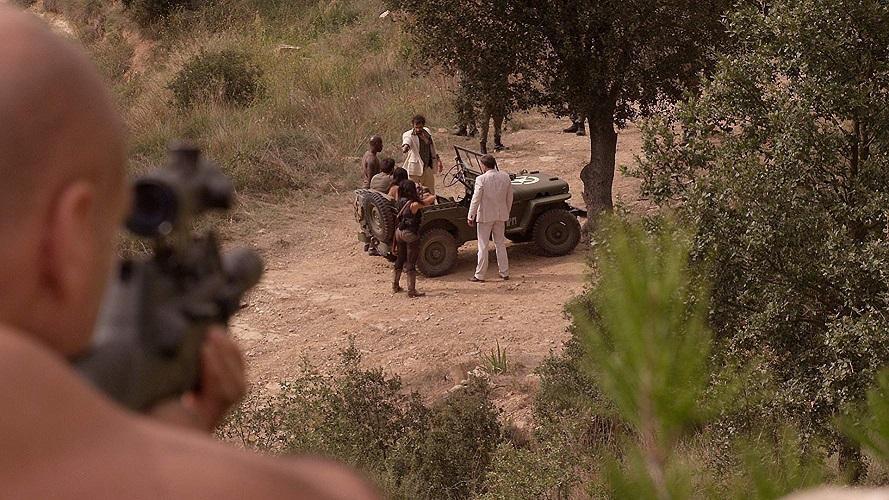 In the end, The Glorious Seven Reloaded is a humorless affair, staying far away from the ridiculous melodrama of The Fast and The Furious franchise, yet clearly attempting to present Jerry Kwarteng as Vin Diesel type leader. The final resolution of the story is satisfying and completes an arc for at least 3 of the characters, while somewhat murkily providing an answer to the question about heroism vs greed brought up earlier. 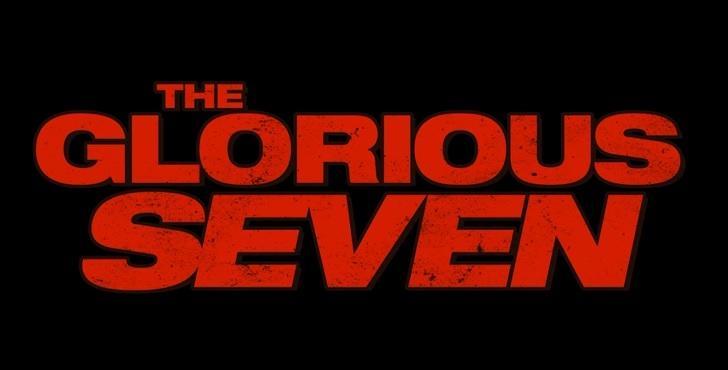 If nothing else, The Glorious Seven is a nice film to look at and Harald Franklin can be proud of that. It would make a great flick to put on in the background during a friendly BBQ that follows the viewing of a sporting event with some friends. The visuals will act as an interesting piece of art in motion as you pass the hot wings.

The Glorious Seven is available now on VOD and DVD from Uncork’d Entertainment.

Come On Over To The Othercide Gwent Is Coming To Smartphones