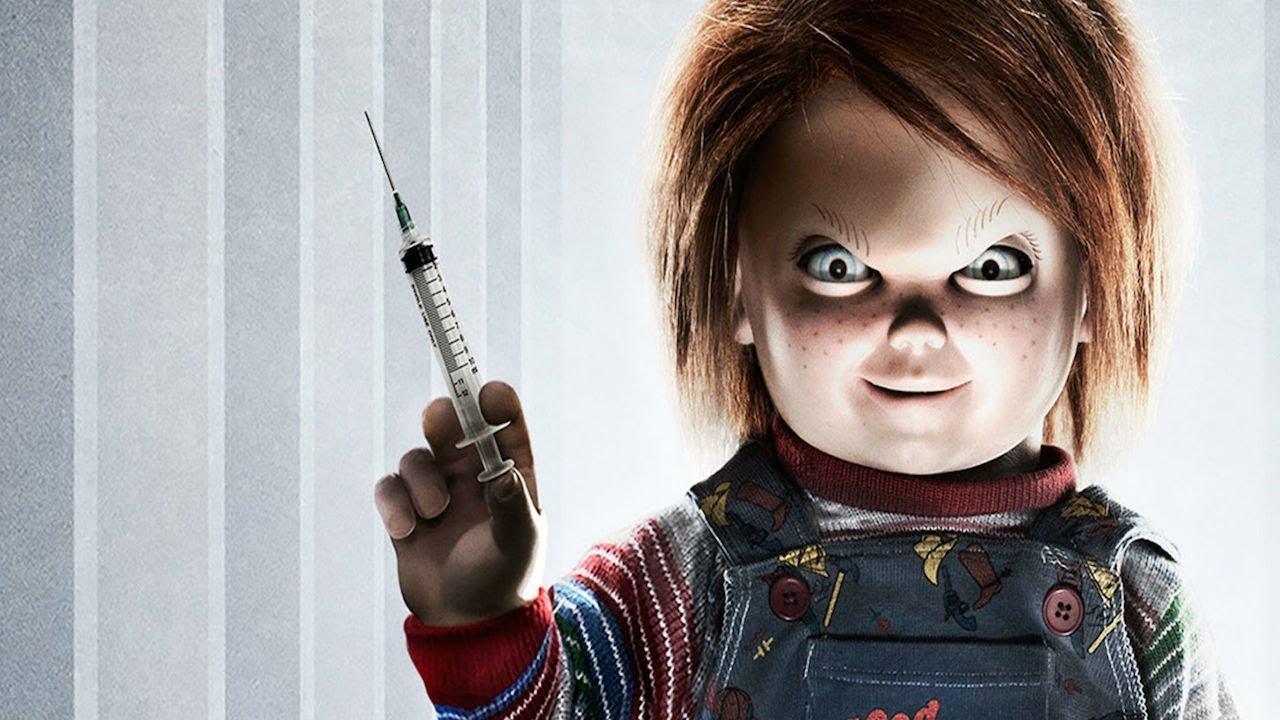 We’ve known about it for a long time, but this was the week the SyFy Channel officially committed to the Chucky TV show that’s been talked about for over a year. Within that time, a rebooted feature film (which recast Chucky as a corrupted robot AI with needy tendencies) was announced, filmed, edited, shown in theaters, dumped on Blu-Ray and forgotten about. Let’s get back to the actual thing!

SyFy ordered the Chucky show “straight to series” which means a pilot wasn’t actually filmed; they made a contractual commitment after seeing some scripts and sketches. Though their enthusiasm is nice, it probably means it will just take that much longer to produce, since not a single camera-ready element exists besides the Chucky puppets creator Don Mancini has in his closet.

THR has the skinny: “The new Chucky will explore the horror that unfolds in a small idyllic American town after a vintage Chucky doll turns up at a suburban yard sale and the chaos that ensues when a series of murders exposes the town’s hypocrisies and secrets. Meanwhile, the arrival of enemies and allies from Chucky’s past threatens to expose the truth behind the slayings as well as the doll’s untold origins.”

Small correction: it would be a vintage Good Guy Doll, since “Chucky” wasn’t actually the brand name; that’s just what the murderer that possesses it calls himself. Unlike the remake, Mancini will be personally involved. Harley Peyton (Channel Zero), David Kirschner (Hocus Pocus) and Nick Antosca (also Channel Zero) will serve as execs over the project.

“The character Don and David created has terrified audiences for over 30 years. The longevity and legacy of Chucky speaks to the creative storytelling and the loyal fans the film series has collected over the years,” says USA and Syfy president Chris McCumber. “We are excited to once again partner with Nick and UCP on this new Syfy series, and are incredibly proud to bring Chucky to television for the first time with the original creators.”

You can’t keep a Good Guy down for long. The Chucky show (yet to be titled) is now in production for SyFy.