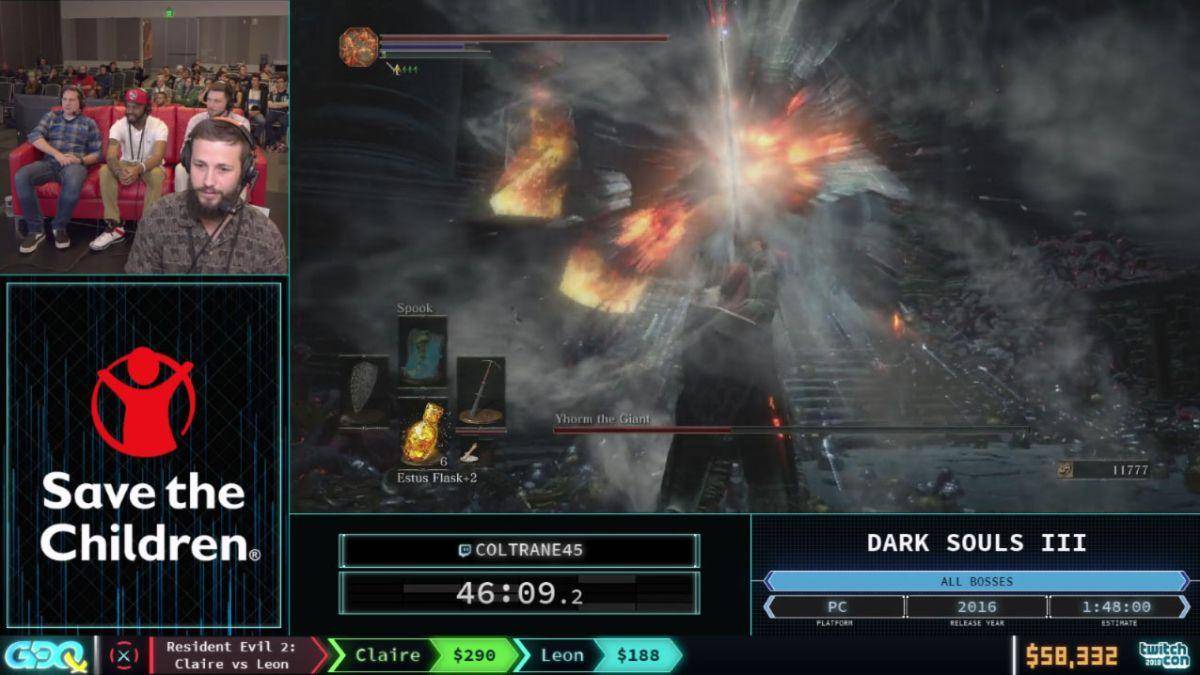 Wait, whah? Games Done Quick is going on NOW? What kind of Sega Saturn trick is being pulled here? What’s happening is Games Done Quick Express, a smaller event being held at this weekend’s TwitchCon. And instead of one charity, it’s raising cash for ten, including St. Jude, Make A Wish and more.

As this year’s Summer Games Done Quick was wrapping up, the head honchoes spoke in interviews about possibly expanding the concept to include mini-GDQs throughout the year. We suppose GDQ Express is the result of that expansion, but its lack of promotion and shorter running time means it isn’t earning nearly as much. The total was $63,080.99 when this was written.

Curiously, there was no mention of GDQ Express during that announcement. But it has its own interesting runs, some of which have already passed by. For example, you’ll have to dig into the Twitch archives to watch Mega Man 9 vs. Mega Man 10, the Super Mario Odyssey Any% race, and GDQ’s first ever playthrough of Minit. But it’s not too late to catch Sunday’s schedule featuring Super Mario 64, EarthBound, the Super Metroid/A Link to the Past Combo Randomizer, and a TASBot block featuring some ultra-hard Kaizo games.

Turns Out NES Golf Is Hidden In Every Nintendo Switch

Billion Road Available on Switch and Steam on April 16

Helmarock Out With This Zelda Metal Album