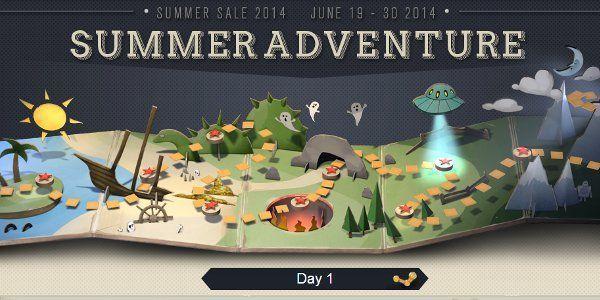 The title says it all, ready your pockets, tighten your belts, and prepare to spend all your wages on Steam’s Annual Summer sale.

The sale will continue on until June 28th, only to be extended till June 30th by the Steam Encore sales. Gamers will want to check back in on Steam rather frequently as Flash Deals and Daily Deals will be changing every few hours. Currently, titles like The Witcher 2, Far Cry 3, and XCOM Enemy Unknown are for sale at discounts between 75%-80%.

Valve will also continue the “Community Choice” voting option which has proven popular in previous years, which goes live tonight at 9 P.M. This summer’s sales charts will have to compete with those of last winter, which featured 7.6 million gamers logging onto Steam at once due to a free give-a-away of Left 4 Dead 2.

Like last year, Steam will offer an exclusive set of trading cards on the marketplace that’ll allow some players to make some tidy profits from people trying to collect all the things. Or you could just try to go for it yourself.

Regardless of that, you’ll probably just be itching to get the best deals on any games out on the market.

Check it out now.

World of Tanks to Roll into Retail Stores August 31

Is Dark Souls The New Benchmark for Gaming?