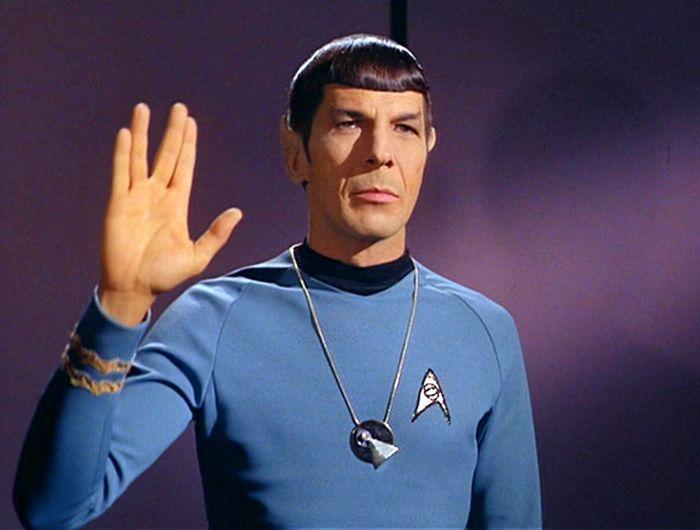 Sometimes…it’s really hard to say goodbye. Especially when it’s someone you’ve known or admired for quite a while. Though we may not know them, television and movie stars are very much a part of our lives, especially when they move us with their words or actions, or both.

Recently, we lost a great man in Leonard Nimoy, who played the amazing Mr. Spock on Star Trek both in the world of TV and movies. Though his character was fictional, his wisdom and words rang true with us, and thus our loss was as real as he was. Upon his passing, many people regaled others of their fondest memories of Nimoy, and his character Spock, showing that he was beloved in the series as he was in real life.

According to reports though, a small memory of Spock may truly live forever, as word is spreading out that Apple is developing Emoji for users to put in their messages. Here’s a small pic of said Emoji.

Quaint. Right? As “Live Long And Prosper” was arguably Spock’s most famous line. It’s unclear when this emoji could come out, but when it does, I expect a LOT of downloads of this Spock Emoji, after all this is one way that Star Trek fans can keep the legacy of a great man, not to mention a great character, alive.