Special Five-Page Preview Of IDW’s Chained To The Grave

Next February, IDW will present Chained To The Grave, a supernatural Western tale written by Brian Level (Darth Vader, Thanos, Deadpool) and Andy Eschenbach (Heavy Metal Magazine, Red Shoes) with art by Kate Sherron (Invader Zim, The Amazing World of Gumball). But you don’t have to wait that long to see how it starts…IDW has provided us with a preview of the first five pages in the book.

Here’s the deal…Roy Mason was a wanted outlaw in the Wild West…though not the one we’re familiar with; this is the one where people have magic powers that lets them do things like resurrect dead people. Roy crawls out of his grave and greets his zombified body with some confusion. He’s not sure how he came back to life, but it seems his wife made a deal with someone to make it happen…

“The process of making Chained to the Grave has been a great pleasure,” says Level. “With Andy’s weird genius and Kate’s singular and luminous art, I’ve had a hand in creating one of the more unorthodox westerns on the market. For such a rotten guy, Roy Mason has brought us along for a pretty magical ride!” Adds Eschenbach, “Brian and I really set out to make something strange and fun with the pieces of something familiar, and Kate’s pen just amplifies that notion. It’s got all the things you’d want from a Western romp, but it toys with those tropes, focusing on the blast radius of Roy Mason’s bad decisions, all through the vivid lens of Kate’s amazing style.”

“I love a good Western, but I loathe the usual Western palette — tan, brown, the occasional khaki green… I’d really rather not,” says Sherron. “I can’t thank Brian and Andy enough for crafting this wild story where cowpokes and color happily coexist on the page.”

Chained To The Grave will be a five-part story, with the first premiering this February. 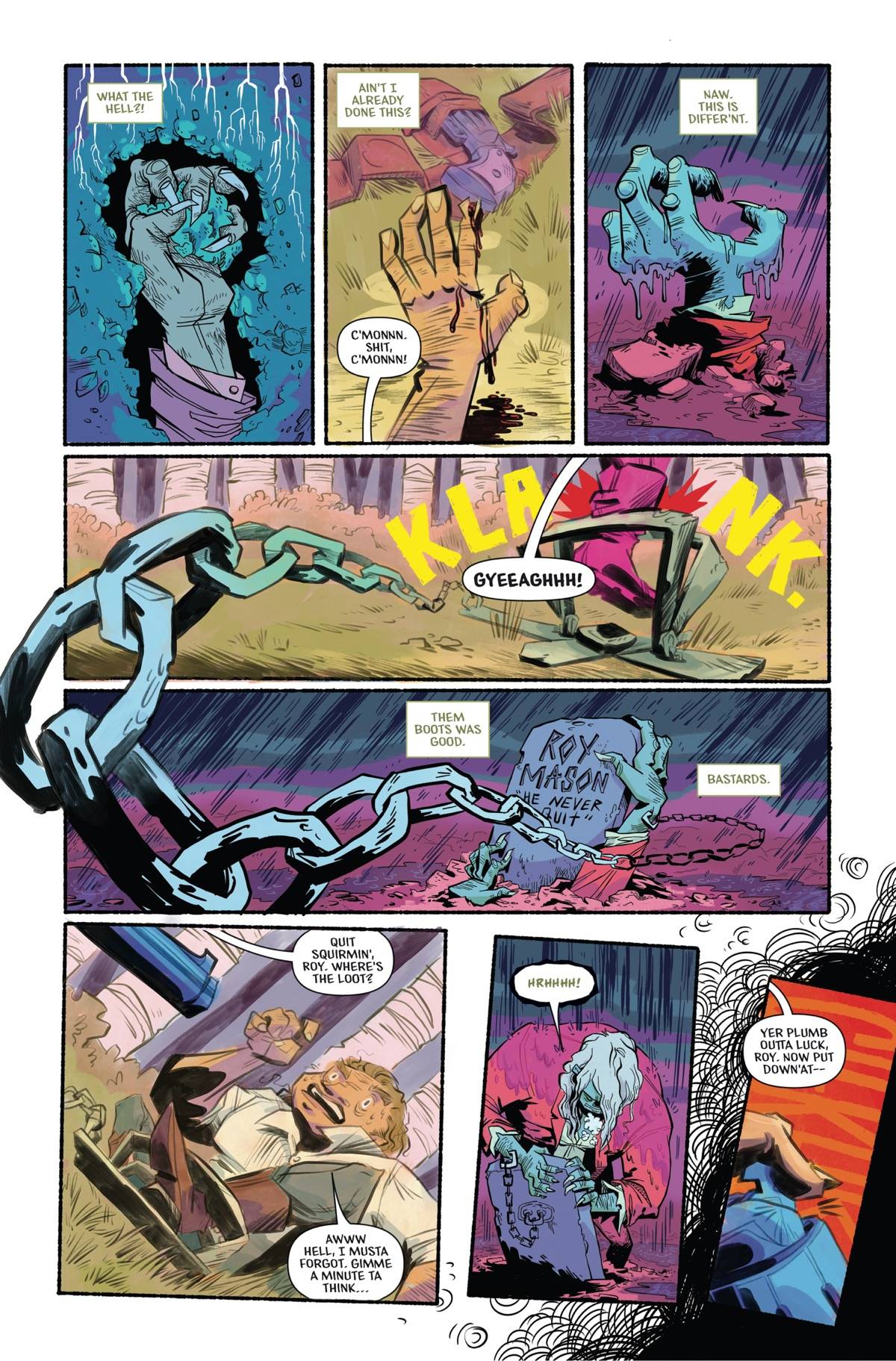 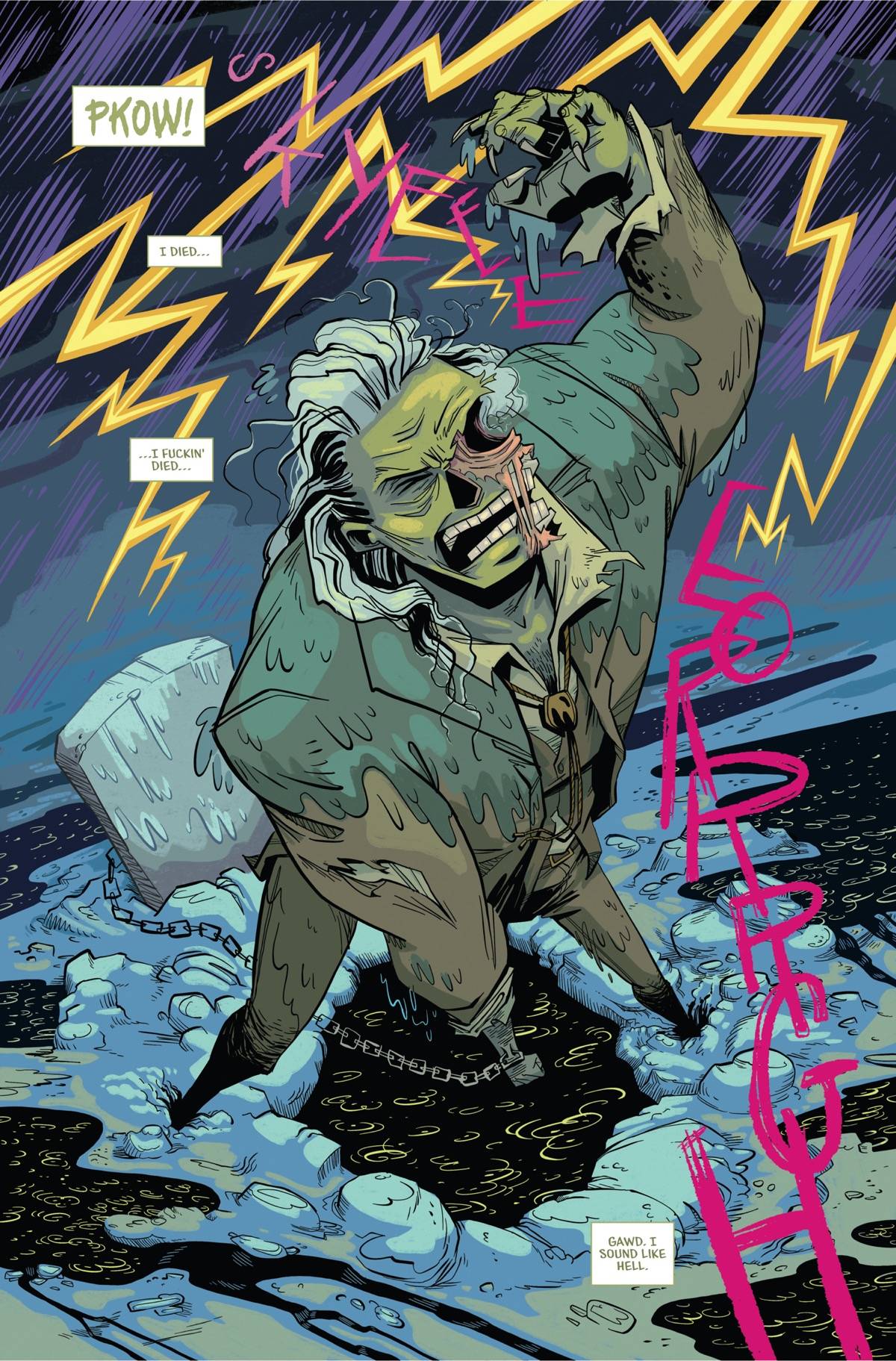 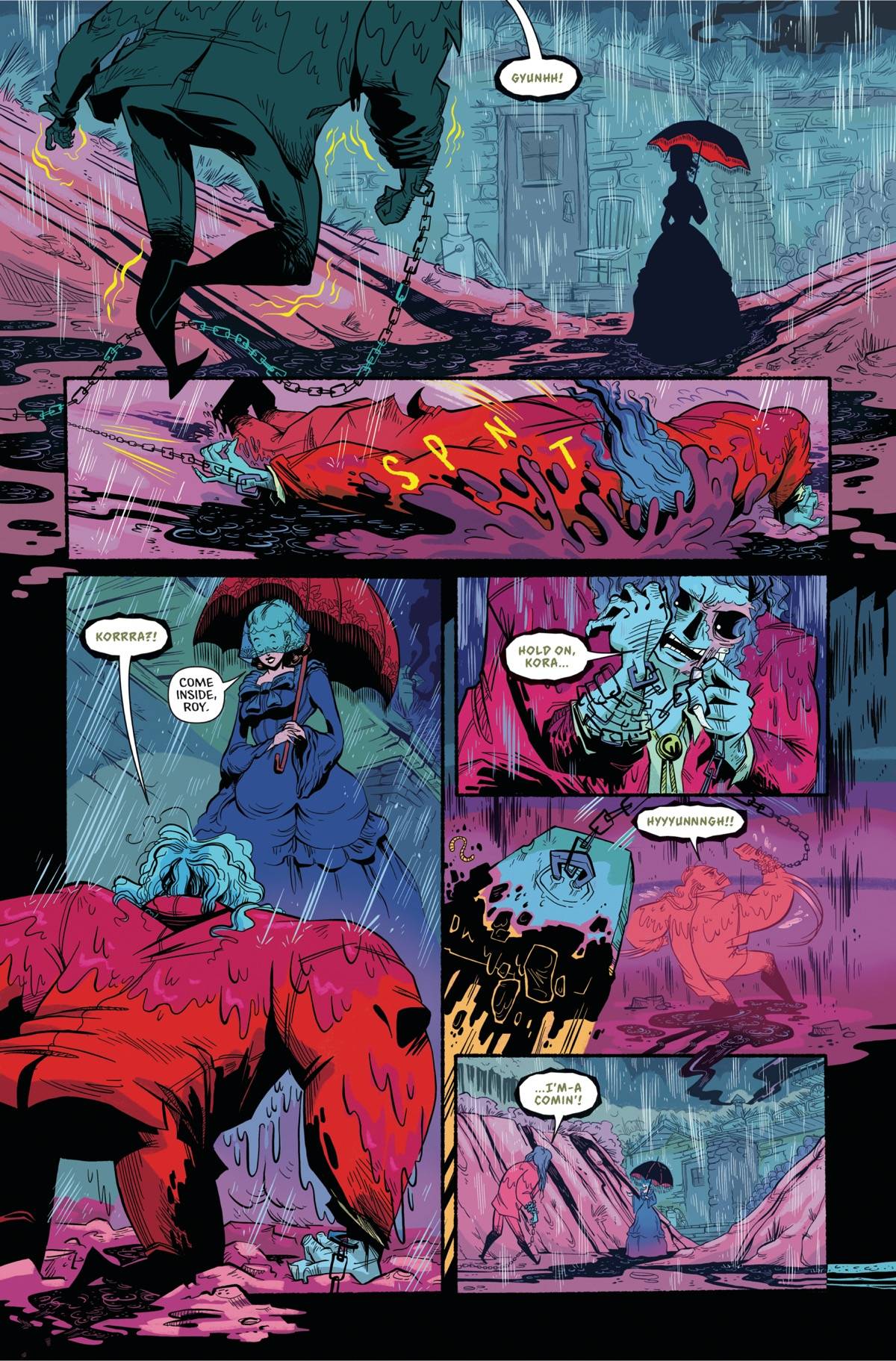 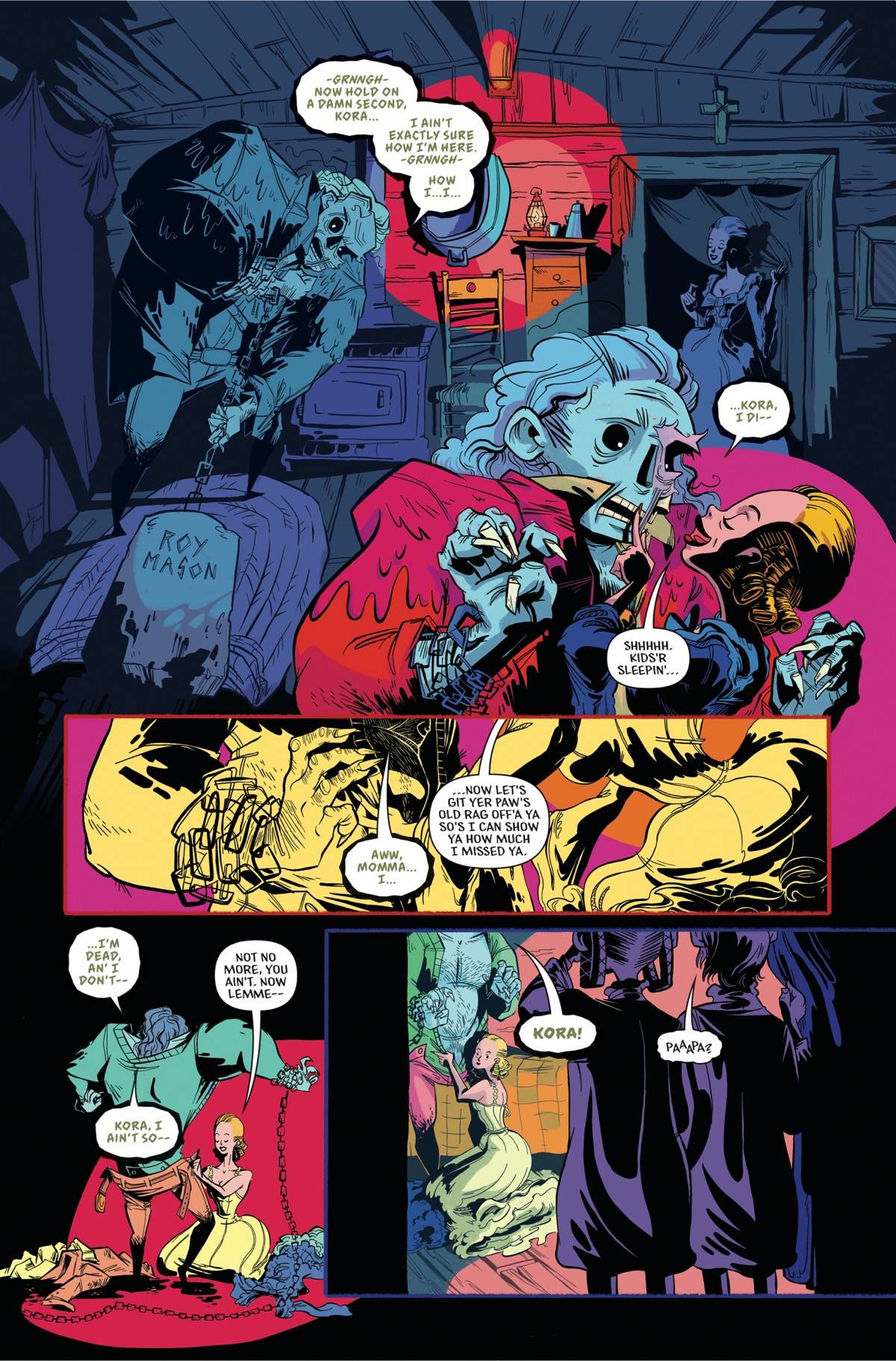 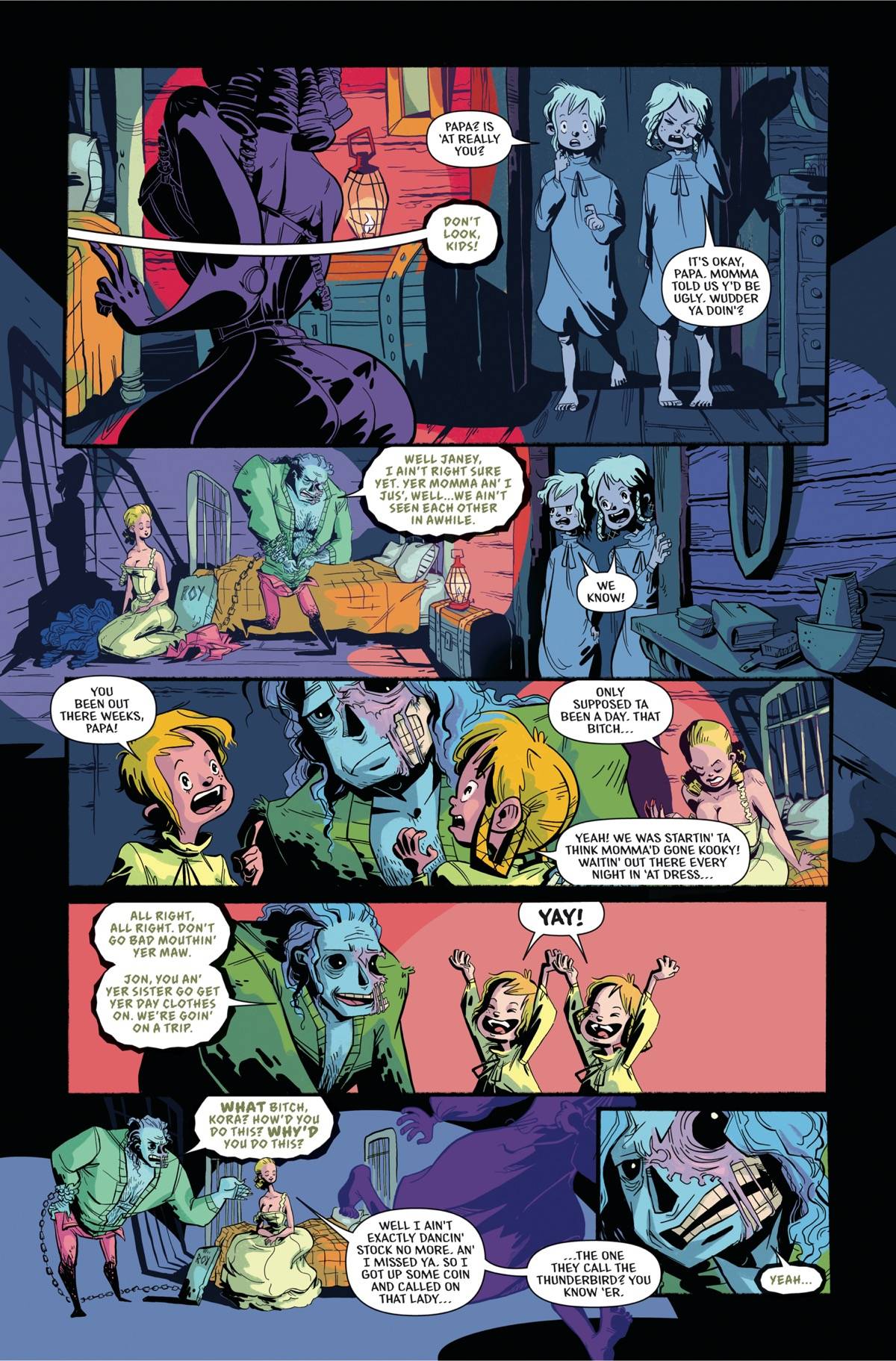