There’s a new entry coming to the adventure horror genre…and it’s got sharp edges! Slayaway Camp, from Digerati and Mastiff, casts you as Skullface, the notorious slasher of the woods. He’s the deadliest box in a world of boxes. Maneuver the mask-faced terror around hundreds of puzzle-based levels in an isometric viewpoint….the best perspective to spot the clueless partying teens he loves to attack.

The physical version is being offered by a brand-new competitor in the growing limited physical market scene: Physicality Games. The deluxe edition of Slayaway Camp will come inside a collector’s tin that contains inside a Slayaway Camp: Butcher’s Cut-themed SteelBook, a Skullface embroidered iron-on patch, a massive 24×36″ camp flag, and a Skullface audio keychain. Also, the game.

When Physicality Games launches later this month, Slayaway Camp will be their first offering. Sign up for Physicality’s newsletter to be alerted when it first goes on sale. 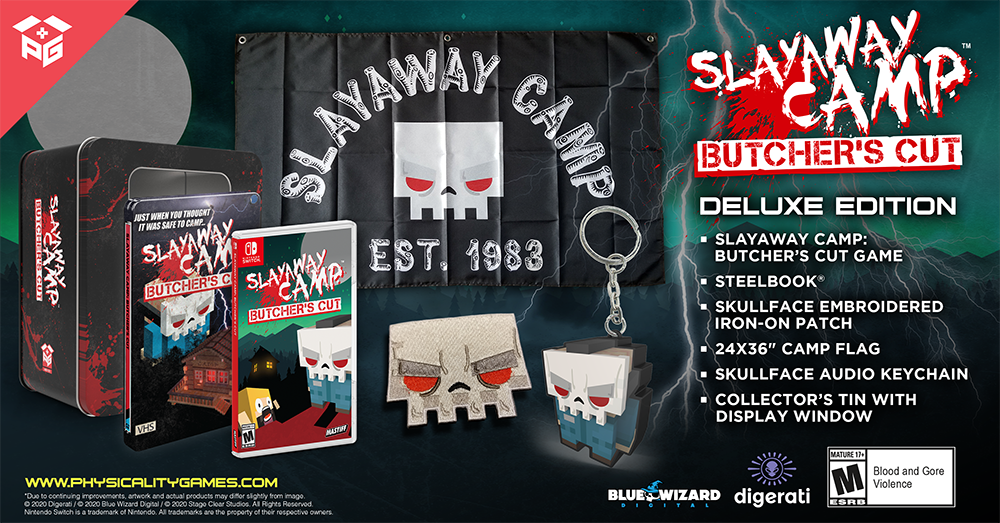 Alder’s Blood Launches On Switch For The Sadist Only: The Atreyu And Artax Flower Pot Set