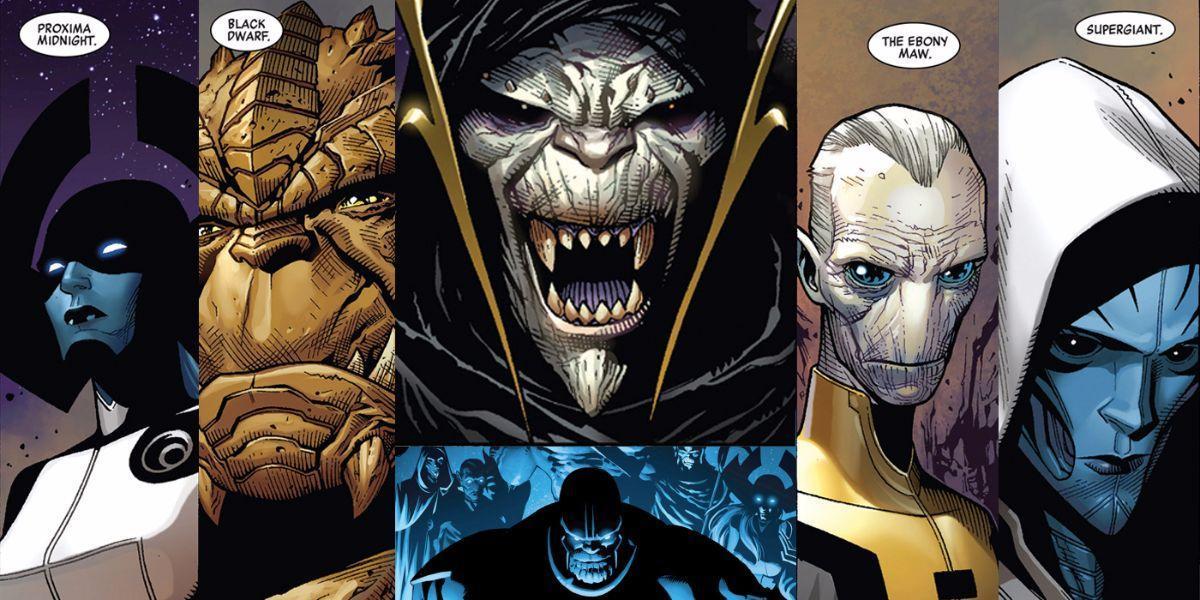 At D23, and then at San Diego Comic Con, art and figures were shown off featuring the Black Order, the group of soldiers/generals that are loyal to Thanos, who is the star villain of Infinity War. The Black Order was actually created a few years ago during a comic run known as Infinity. And as such, they quite an impression on people, including Infinity War co-director Joe Russo, who noted at SDCC:

“We get inspired by a lot of different material when we’re working on the movie. We pulled from both “Infinity” runs for this, and look, there are a scary bunch of characters who I happen to think, when I read the Infinity run, were super cool. And when I got the opportunity to make this movie, I said I have to do the Black Order.”

The other reason apparently for the Black Order making their arrival was that with the whole cast of Avengers and Guardians of the Galaxy to show, they can’t just be fighting Thanos all the time:

“You know, we have so many characters and Thanos needs to be teased out,” Russo continued. “You can’t have the characters challenging him every step of the way. There has to be characters that they have to go through to get to him. The Black Order is the perfect cast of characters to do that with.”

NYCC 2017: Polaris Has Bipolar Disorder In The Gifted