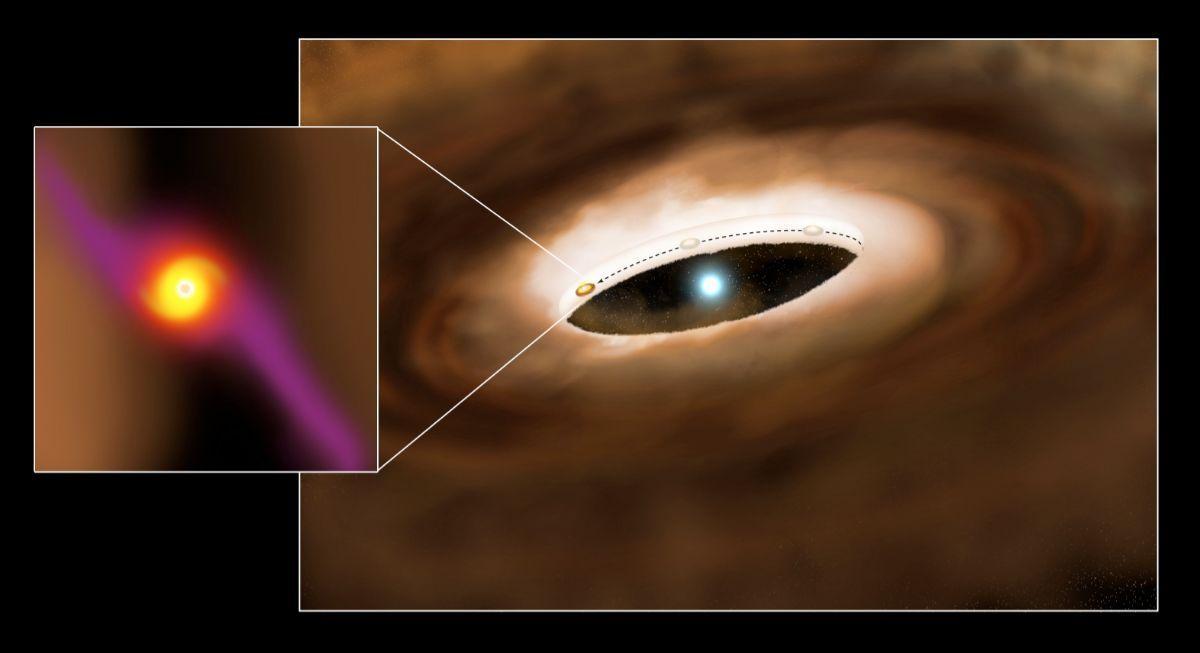 We may be witnessing the birth of a new world.

An international team of scientists recently published a paper about an amazing find. While investigating a “proto-planetary disk,” a disk of gas and dust swirling around a new star that has the potential to become planets, they stumbled upon what appears to be a planet in the process of forming from this cosmic soup.

The researchers are observing the disk using a technique called spectro-astronomy, which involves plotting the changes in moving gas. They noticed an anomaly in the disk that seem to be providing an extra source of carbon monoxide molecules, an anomaly that after years of observation they were able to confirm is orbiting the star at about the distance from Saturn to our sun.

Although the researchers haven’t observed the planet directly, they suspect the anomaly they are seeing is a disk of hot gas orbiting a new planet three times the size of Jupiter it forms. It’s theorized that the material from the large disk around the star feeds into the smaller disk around the planet, which fuels the growth of the planet itself.

If it really is a planet, this will be the first time humanity has been able to witness the process by which one is born.

“These results provide a rare opportunity to study planet formation in action. Our analysis strongly suggests we are observing a disk of hot gas that surrounds a forming giant planet in orbit around the star. While such circumplanetary disks have been theorized to surround giant planets at birth and to control the flow of gas onto the growing planet, these findings are the first observational evidence for their existence. If our interpretation is correct, we are essentially seeing a planet caught in the act of formation,” Naval Research Laboratory (NRL) scientist and team member John Carr said.

Artist’s conception of the star system via NRL