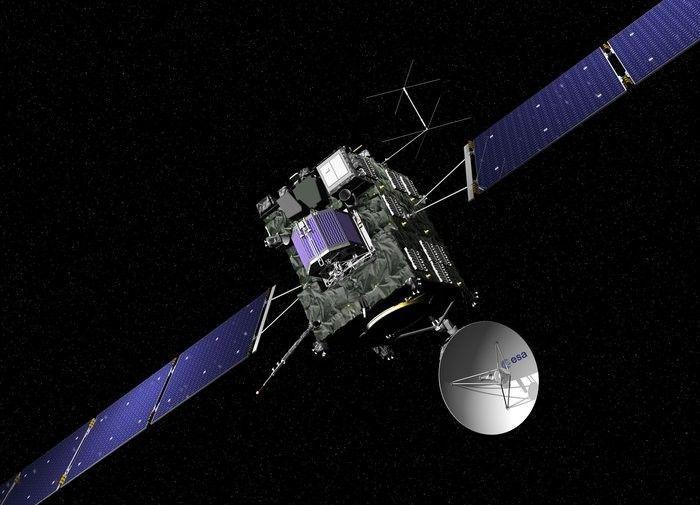 The European Space Agency’s Rosetta mission, despite being a landmark human achievement where we orbited and then landed a spaceship on a freaking comet, still somehow managed to have something of a terrible, horrible, no good, very bad week last week anyway.

First all that science stuff was overshadowed because one of the scientists wore what many saw as a sexist shirt during an on-camera interview, a story which the internet and media attacked like hungry hyenas on a wounded impala, digging in on both sides of the ideological divide about whether this was discouraging women from pursuing STEM careers or whether criticizing the shirt was political correctness run amok. A classy apology from the scientist didn’t stop it, so welcome to the new culture war.

The second problem was that because of the failure of a harpoon system needed to insure a safe, secure landing, the Philae lander didn’t so much land on the comet as bounce off it twice until it fell onto an unknown location about a kilometer from the planned landing site. Because there was not enough light at that location to use its solar panels, it ran out of power within 64 hours.

But there’s a big bright side. Despite its shortened mission the lander did send back some useful data about such things as the molecular composition of the comet to the scientists. The Philae lander also tried to drill into the comet’s surface and wasn’t able to make much progress, confirming that whatever it hit was as hard as solid ice. Finally, as the comet comes closer to the sun there’s a chance there might be enough light to wake Philae back up for another try.

And we still have a spacecraft orbiting Comet 67P/Churymov–Gerasimenko. Rosetta will now continue with its own scientific mission, the ESA said.

“This science-gathering phase will take us into next year as we go with the comet towards the Sun, passing perihelion, or closest approach, on 13 August, at 186 million kilometres from our star.”

The plan is to move the spacecraft as close as possible to the comet on Dec. 3 so it can monitor it with its instruments. It will stay at a 20 KM orbit for 10 days and then move back to 30 KM.

“The desire is to place the spacecraft as close as feasible to the comet before the activity becomes too high to maintain closed orbits,” said team member Laurence O’Rourke.

“This 20 km orbit will be used by the science teams to map large parts of the nucleus at high resolution and to collect gas, dust and plasma at increasing activity.”

As the comet gets closer to the sun and its frozen gases start to flow off it will create an atmosphere around the comet called a coma and eventually the signature long tail stretching for millions of kilometers through space that makes comets so portentous-seeming in the night sky. Rosetta will likely have to back off a bit as the comet becomes more active.

It will also start listening for a beacon from Philae when it gets close enough to the sun, giving the little lander one more shot at continuing its mission.