It’s rare that I’m ever truly moved by a film, and yet, I have been honored by two films now in two years that have moved me to my core. The first was Wonder Woman, which I gave a perfect score. And now, I’m honored to be giving a very similar honor to Ready Player One. For this film is NOT just a nostalgia trip, but a look into what it means to be a gamer, as well as what it means to live your life to the fullest.

You might be surprised to hear me say that. After all, the trailers and looks into the film focused (rightfully so) on the world of the Oasis, a virtual world where everyone can be anyone they want. You want to be tall, short, an alien, an animal, another gender even, it’s all up to you. And because of this, the film is FILLED with cameos and references to various films, TV shows, comic book characters, and yes, video game characters. But it’s what beneath those references and cameos that makes this film shine. And it all has to do with three words, “Reality is…real.”

In the year 2045, things are not going well on Earth. A series of incidents and tragedies have left much of the population stuck in their tracks. In Columbus, Ohio, for example, the population has grown so much that they’re literally stacking trailers on top of each other so that people have a place to live. Because of this, they flee to the virtual world of the Oasis to escape their troubles. For why would you endure the real world when the virtual one is so much better?

Here in Columbus, we meet Wade Watts, a young man who’s very much alone (despite having an aunt), and goes to the Oasis to escape as well. But there’s another thing he wants, he wants to find the Easter Egg left behind by the creator of the Oasis, James Halladay. If he does, he’ll get a fortune, as well as complete control over the Oasis. 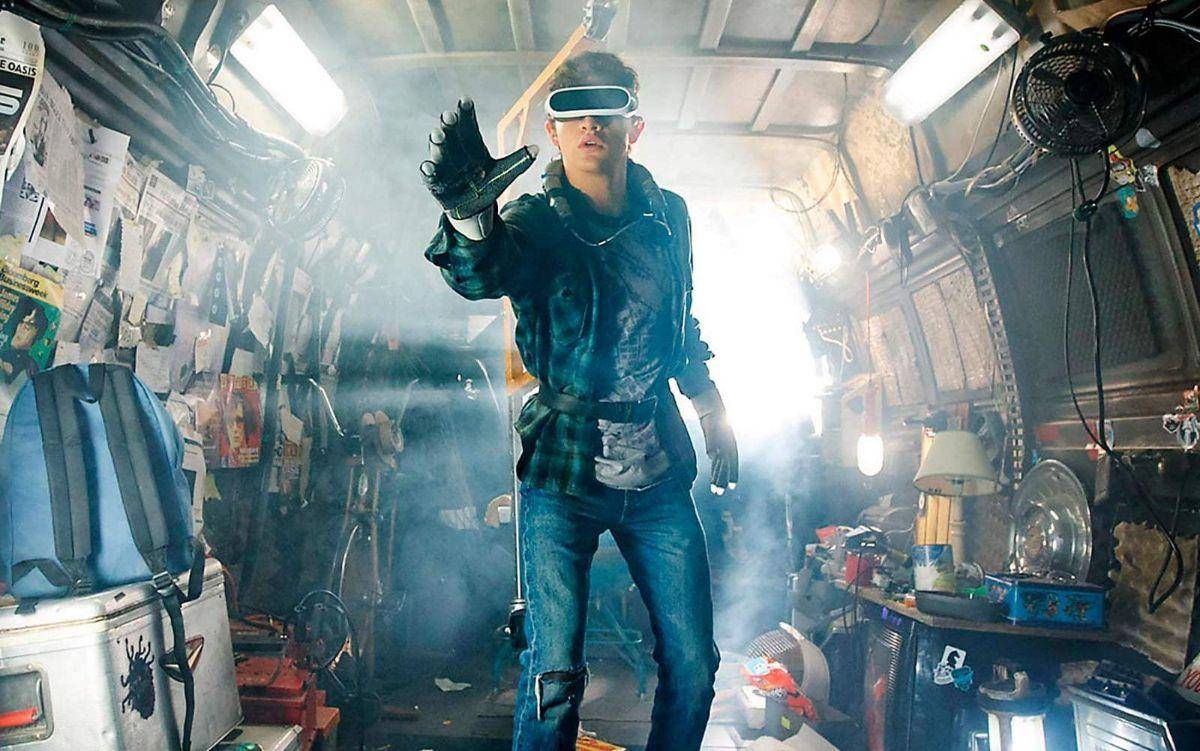 One thing I really loved about Ready Player One is that they explain everything that needs to be explained in the first couple minutes or so. You might think that narration going that long is bad, but with the Oasis, it’s honestly needed. I mean, how big is it? What all can you do? Can you truly do anything? It’s all explained, especially the Easter Egg hunt, which ironically has been going on for five years with no one coming close to completing it. In fact, of the three keys needed to find the egg, no one has found any.

Things change though when Wade (and Parzival in the Oasis) meets a girl named Artemis, who unintentionally helps him find the first key. And that’s when things get both really good, and really bad for Wade.

You see, while Wade is a purist in regards to how he feels about the Oasis, not everyone thinks that way. Including IOI, a company who is desperate to get control over the Oasis so that they can impose their wills on it, and more importantly for them, make a ton of cash in the process. And they are willing to go to extreme measures to make sure they get the egg for Wade or his friends do.

Now, you might be thinking, “Come on, Todd, Ready Player One sounds pretty standard.” And while I acknowledge some elements are standard (like a love story or a typical “hero origin”), there’s more to it than you realize. For the real main character of the story isn’t Wade Watts, its Halladay. For as you discover, the clues to finding the keys and the puzzles that hide them are all lessons that Halladay learned during his life. And some of them are very painful. For example, one is about “not taking the leap”. What that means might surprise you. 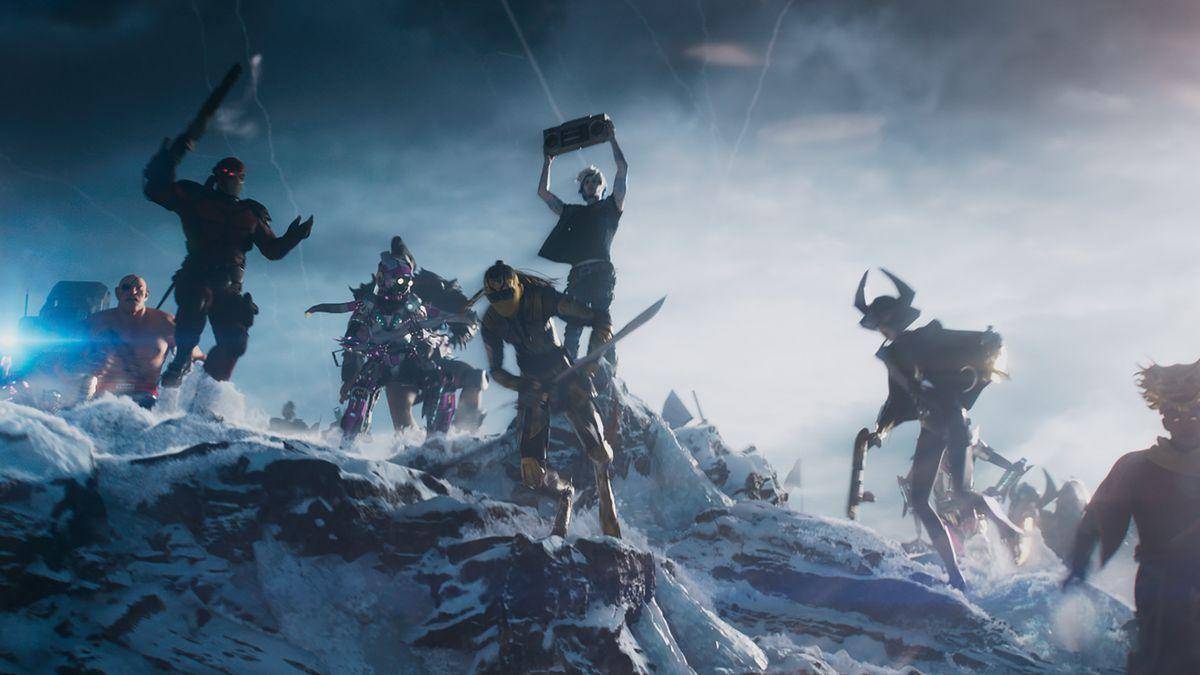 The lessons also revolve around what the Oasis truly means to Halladay and the people of the world, and it’s not what you’re expecting. As Wade and his team try and get the keys to the egg, the lessons not only resound within the movie, but within our own lives. No, this movie isn’t saying, “Gaming is bad!” but it is saying that there is more to life than a game, a high score, a tournament victory, or other things that could be gone in a simple powering down of a device. There are more important things out there.

Now, of course, this movie is based on the virtual world, so if it didn’t look good, it wouldn’t work. Thankfully, with Spielberg at the helm, that was never an issue. The visuals and effects are absolutely stunning, and via them, we get to see things that you will likely never get to see in a video game or movie or TV series. Like the Iron Giant doing a Terminator reference, the Battletoads and the Teenage Mutant Ninja Turtles working together, and a heck of a lot more.

There are SO MANY references to see in this film. There have already been a confirmed 138 character cameos confirmed, and I think there might be more. We’re talking things like Back to the Future, Overwatch, Legend of Zelda, Hello Kitty (I kid you not), and so many more I could spend this review just talking about them. And because I’m a geek myself, I found myself fist pumping, laughing loudly in joy or even mimicking moves (like a Hadouken) when they happened on screen. It’s pure bliss.

But again, it’s not the true crux of the film. The characters are. Wade, Samantha, H, Halladay, these characters help bring a soul to the story, and dare you to try and be brave enough to do what they do.

Now, I’ll admit, not everything is perfect. For example, despite being a worldwide game, Wade’s teammates (who he didn’t meet in real life before the events of this film) all apparently live in Columbus, Ohio. Really? Also, there are some scenes that are a bit overacted, mainly with villain Nolan Sorento. And a few scenes are a bit too one the nose, like hammering home how Wade’s personal life is bad because of his aunt’s abusive boyfriend and other things.

But when you put that aside, Ready Player One is something truly special. It’s a film that truly speaks to our generation, and one that I truly hope will inspire those who watch it. It inspired me, that’s for sure.

If you recall at the beginning of my review, I noted that the true message of the film is “Reality is…real.” While I won’t fully explain what that means, I’ll give you a clue, your life is what you make of it.

Ready Player One Gets Final Trailer