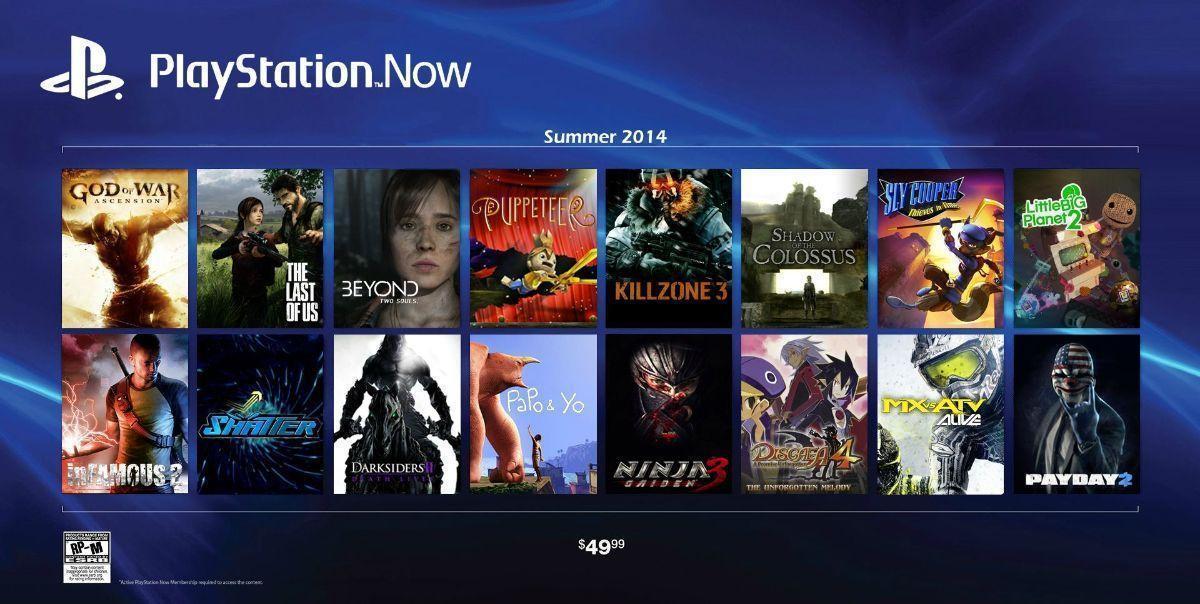 Sony has revealed today that their game streaming service PlayStation Now will officially launch January 13. The new service will come in two distinct packages. The first is a $19.99 a monthly subscription fee and the second is a three month subscription for $44.99, providing a saving of around $5 a month. However, Sony made no mention of a yearly plan, which is unusual considering that other subscription services offered by the company traditionally have such packages, such as with PlayStation Plus. To celebrate the launch and allow everyone to get to try out PlayStation Now, Sony will be offering a 7-day trial period that will allow users to access every single game in the library, the full list, which includes around 150 titles, can be found here.

PlayStation Now was first announced in January of 2014 at the Consumer Electronics Show, with a closed beta following on January 28 and continuing throughout the rest of the year. An open beta began in July of the same year for the PlayStation 4 while other consoles and platforms followed in the following months. The service allows users to access a large collection of PlayStation 3 titles to play via game streaming, similar to OnLive. Although only PlayStation 3 titles are currently available, Sony has said that PlayStation 4 games are planned for the future while older titles from older consoles might also be incorporated at some point. Users of PlayStation Now have already been able to rent games on an individual basis since the open beta began, with some games starting at prices as low at $2.99 for four hours of gameplay.

What makes Sony’s take on the game streaming model unique is that it can run on a variety of different platforms. It is available to download and use and the PlayStation 4, PlayStation 3 and PS Vita along with Sony Bravia smart televisions. The company also recently announced that the service would also be available on selected Samsung Smart TVs in the future.