While the classic RPG might have been somewhat crowded out of the consoles space in recent times due to a focus more on first-person shooters, open-world sandbox games, and more action-orientated role-playing games, there has been a slight resurgence in recent times. Diablo 3 and the Wasteland 2 have shown there is certainly a market for RPGs in the style of the original Fallout titles. Perhaps the most eagerly anticipated of these that has finally made its way to home consoles in the form of Pillars of Eternity: Complete Edition.

The game originally launched on PC into 2015 to plaudits from fans and critics alike following a hugely successful Kickstarter campaign. Now that players on both the PlayStation 4 and Xbox One can finally enjoy it as well it is time to see just how it compares to the illustrious PC version and whether the game still holds up to scrutiny two years on. 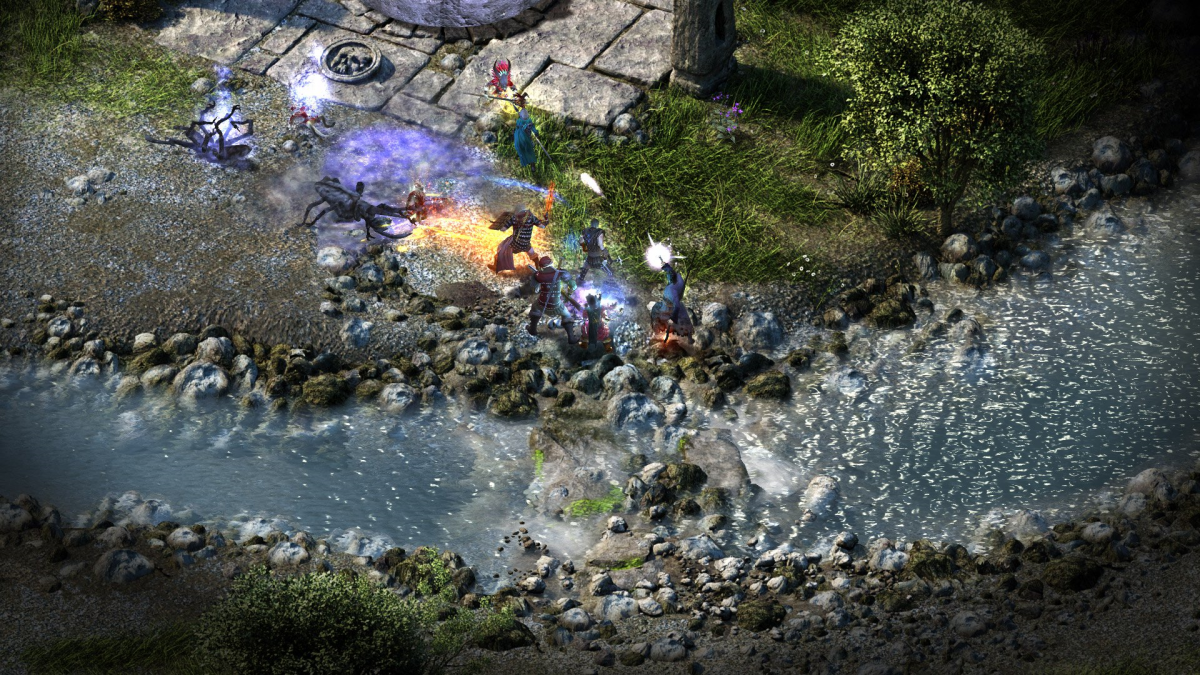 The game essentially breaks down into three main parts – exploring, talking to NPCs, and fighting enemies. There’s a pretty big main quest line to follow but also a huge array of side quests that are sure to provide plenty of hours of content for those who really like to get their teeth into everything that is on offer. The world is built in a way that means you have to go out and look for new areas and locations, while almost every character has extensive dialogue options and their own tales to tell. The chunk of the action, though, comes in the form of combat and unfortunately it does have some issues.

One of the major problems with translating a complicated RPG like Pillars of Eternity to consoles is the control systems are often wholly incompatible with traditional controllers. This requires some creative thinking on the part of the developers to come up with a method of that makes the game playable and accessible without dumbing down the experience.

The team working on this port haven’t quite managed this effectively. The user interface feels incredibly clunky and it is difficult to find anything quickly. Even after a few hours of playing it doesn’t feel natural to go through the radial menus and once the game gets to a stage where you need to carefully manage combat scenarios with lots of members in your party, choosing attacks and abilities can become a real pain.

That’s before you even get into just how challenging much of the combat is even once you feel you have a hold on the control scheme. On its lowest settings, Pillars of Eternity is far from easy and if you crank up the difficulty you will likely soon be struggling to get past even the simplest enemies. It requires you to carefully plan formations and attacks that many players might not be familiar with and could be off-putting at first. After a while though, things begin to click and it starts to feel like a much more fluent system. 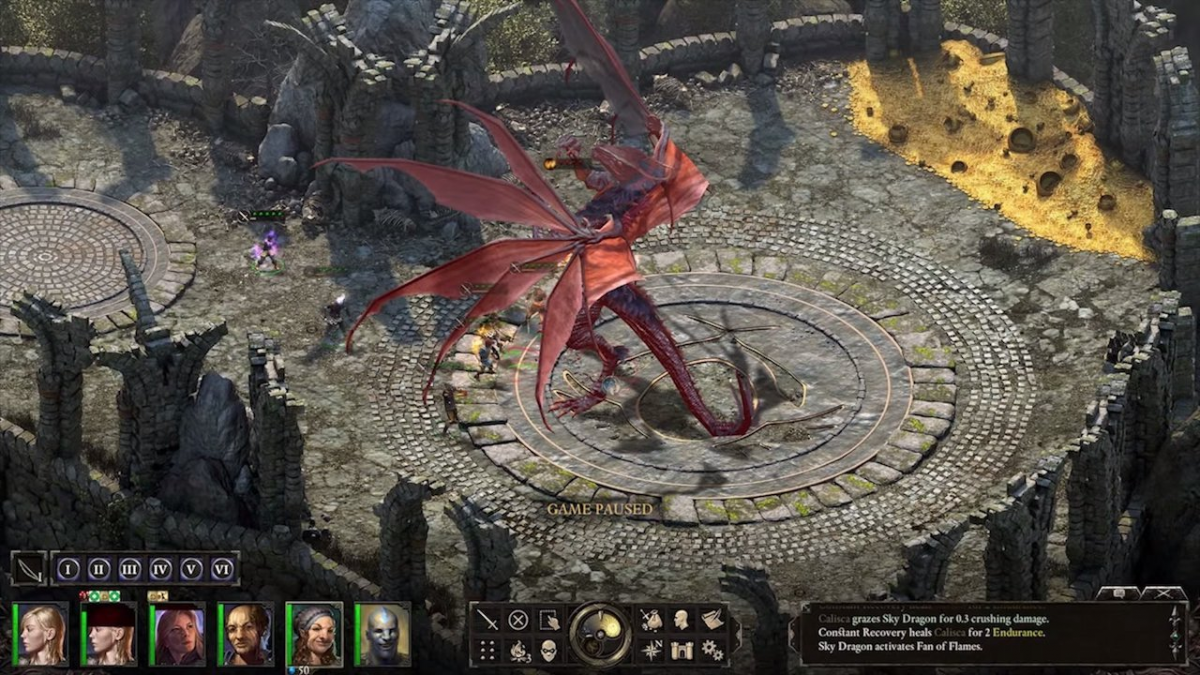 The only other real issue is in terms of load times. Considering the power available through the next generation consoles and the fact that the game is probably not as intensive as some others, it is surprising that loading lasts as long as it does. It also happens far too frequently, breaking up the pace of play and causing a good deal of frustration. Without any experience with the PC version I can’t tell if this is just an issue with the title or whether the console versions have just been poorly optimized for the new hardware.

Other than these issues it is hard to find anything other than praise for Obsidian’s latest RPG. The wealth of quests and characters in the world really flesh out the universe and provide plenty of depth. The isometric visual style has been crafted in exquisite detail, with the various environments all looking superb. While there isn’t too much in terms of sound design, the voice acting and accompanying soundtrack certainly give some extra depth to the overall experience and are a bit better than you might expect for a game of this type.

One of the most interesting things about Pillars of Eternity is that you don’t get experience for killing enemies. Instead, you can only progress your character by completing quests. While this may seem somewhat limiting it actually provides you with more freedom with how you want to play. This is because you can properly tailor your playstyle the way you want without having to worry about grinding out enemy encounters to level up. For instance, you can play as a stealth character and avoid enemies altogether without being punished for doing so. 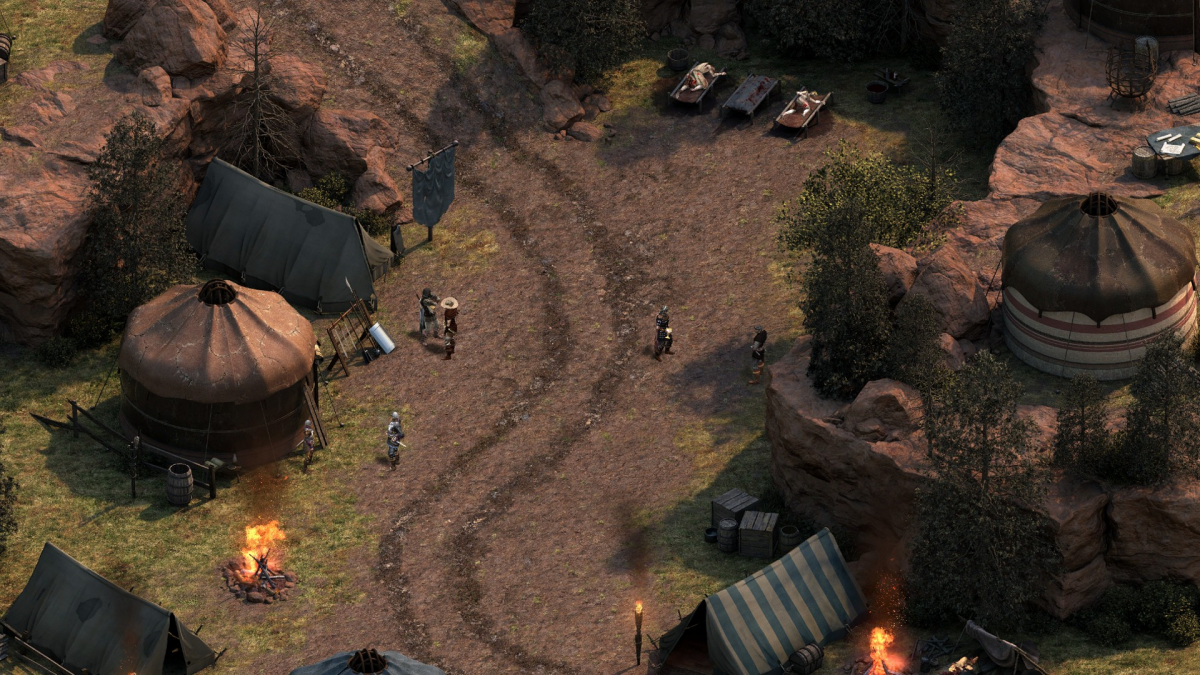 There’s also an interesting feature that allows you to build and maintain your own keep. This mechanic basically gives you a home base in the world that you can use for a variety of different things. Traders and merchants will come to trade with you, upgrades will provide extra powers and abilities when you rest there, and some will even offer extra missions and bounties for you to earn some extra money.

When it comes down to it, Pillars of Eternity is probably one of the best role-playing games to be released in recent times. While it has some issues with the controls and user interface design, it eventually overcomes them and then compensates for the problems with a hugely detailed world that is just begging you to explore it. The huge amount of side quests to complete and characters to find, with the added bonus of all of the expansions, make this excellent value for money as it will almost certainly keep you occupied for dozens of hours.

This review is based on a digital copy of the game that was provided by the publisher for review purposes. Pillars of Eternity: Complete Edition is now available on PlayStation 4 and Xbox One.