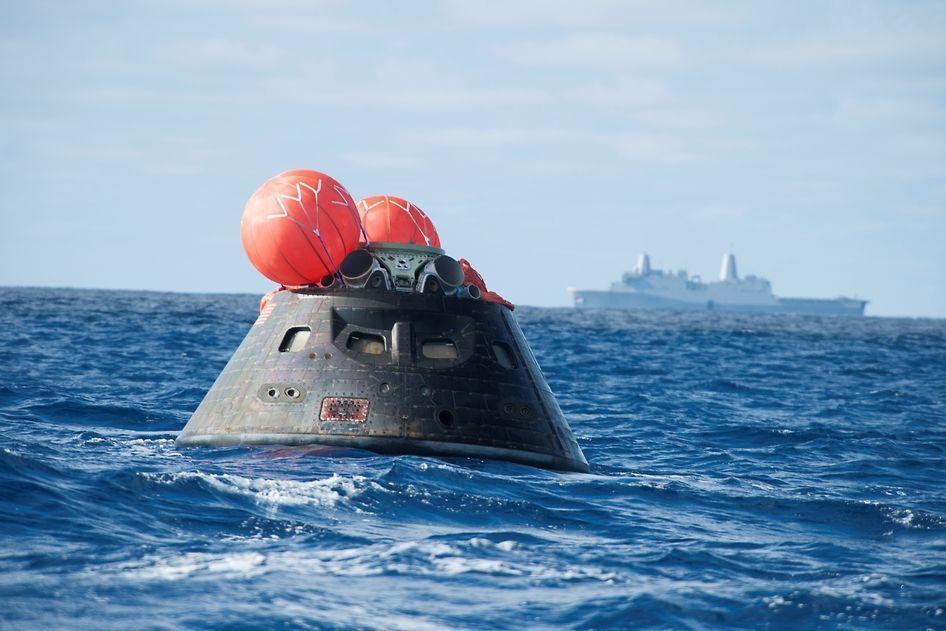 The spacecraft took off from Kennedy Space Center in Florida on a Delta IV heavy rocket. During the 4.5 hour test it reached an altitude of 3,600 miles, successfully achieved orbit, re-entered the atmosphere and splashed down safely in the Pacific Ocean.

“We really pushed Orion as much as we could to give us real data that we can use to improve Orion’s design going forward,” said Mark Geyer, Orion Program manager. “In the coming weeks and months we’ll be taking a look at that invaluable information and applying lessons learned to the next Orion spacecraft already in production for the first mission atop the Space Launch System (SLS) rocket.”

The SLS is an in-development rocket system that will replace the Delta IVs when Orion goes on its deep space missions.

No one rode in Orion’s capsule last week, but that’s the eventual plan. NASA wants to first send astronauts to an asteroid with the system and then eventually to Mars. Orion will “allow us to explore the solar system,” Geyer said.

NASA plans to take the task in steps It’s next big test will be to send Orion in orbit around the moon, from there we head to deep space missions.

It’s an ambitious plan, but last week’s success has created a feeling of optimism and excitement.

“To be able to even think about going to an asteroid and to be able to think about this kind of exploration, that’s very exciting,” Kennedy Space Center Director Bob Cabana said. “I think there’s a genuine, positive atmosphere, and I don’t think it’s confined to just Kennedy. You go across all the NASA centers and I think the team is really excited about the future.”