For quite a long time, the bread and butter of collectibles company Cryptozoic has been figurines of popular characters, DC superheroes most prominently. They’ve come out with a lot of them by now. We suppose they figured they had to shake things up, because their latest product is just….PART of Batman. Specifically, his hand.

This statue of Batman’s gloved digits is individually hand-numbered, painted and sculpted by Mana Studios. Between his fingers rests his trusty Batarang, ready to throw and dispense painful justice. The hand will set you back $75.

How much space will it take up? Well, look down at your hand…it should be about that big. Cryptozoic touts the statue as being “life size.” The Batarang is in fact removable, and we suspect some people may buy this just to have that. We cannot verify that it makes for an effective weapon, though.

So you have Batman’s hand, but it’s going to be lonely without company, right? It needs villains to poke its fingers at. In that spirit, Cryptozoic is also introducing disembodied Joker and Harley Quinn hands! 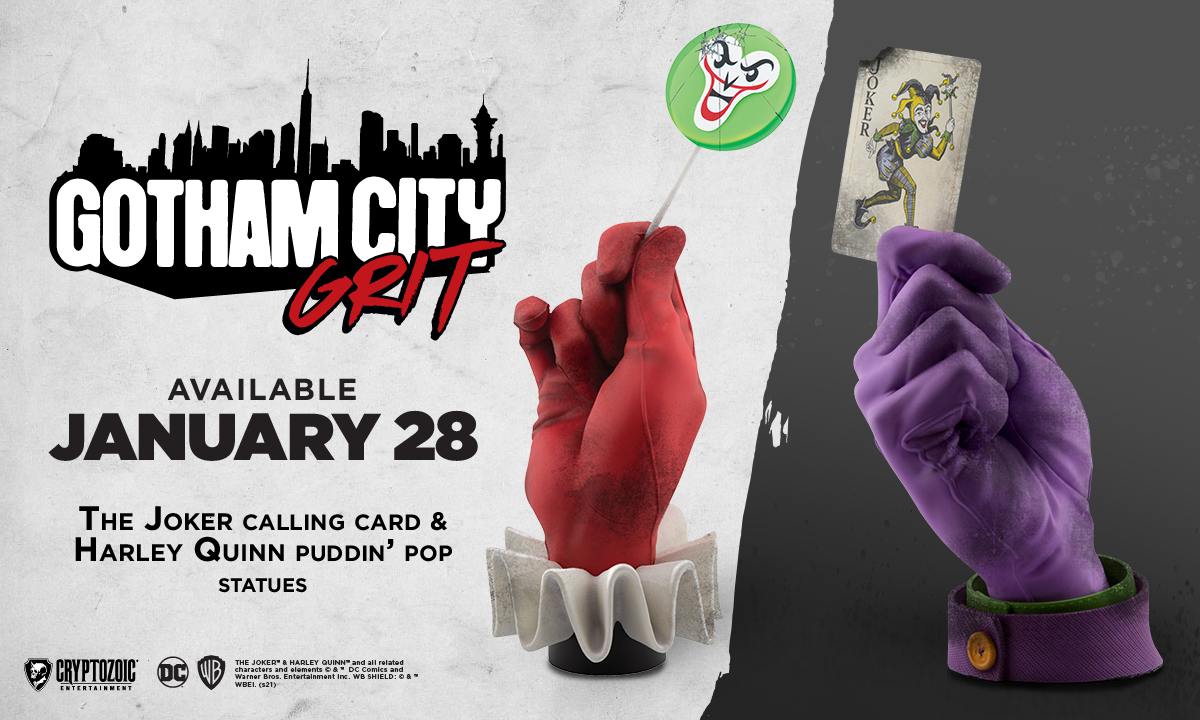 They, too, have the accessories they would most likely be holding, though Harley’s is a bit of a reach. Joker doesn’t go anywhere without his calling card, but is Harley known for sucking on lollies with her ex-boyfriend’s face on them? She’s more likely to be holding a gigantic mallet or baseball bat, but either of those would be much larger than the hand and cause it to topple off the shelf. So…they improvised.

All three hand sculptures will start shipping January 28. Collect them all and display them proudly. Just don’t turn your back on them, or they’ll grab you when you’re not looking.

Attack On Titan’s Final Season Hits Blu-Ray February 22 All of Us are Dead : A Highschool Zombie Apocalypse