With the new Voltron: Legendary Defender TV series on Netflix winning over new fans, it’s never been a better time to get invested in robots that combine with other robots to form giant robots. Voltron has always held mass geek appeal, and is no stranger to the collectible figurine scene. Now Bandai Shogukan has announced a new figure, a Voltron Super Mini-Pla (model kit) that fans can assemble themselves. The kit snaps together and requires no glue.

The legendary hero from one of the greatest giant robot anime action series of the 1980s returns in collectible form in an impressive new model kit that stands more than 7 inches tall when completed. The Black Lion, Red Lion, Green Lion, Blue Lion, and Yellow Lion are each fully articulated and poseable and combine together to form the iconic Voltron robot. Accessories include a shield and Blazing Sword. Parts from each of the lions also may be combined to form a Shokugan original mega-blaster weapon.

The North American version of the Super Mini-Pla is being distributed by Bluefin, and they’ve opened preorders for the Voltron Super Mini-Pla on their website. You can lock yours down today for $62. (Note that the kit does not appear to be up yet on Bluefin’s website, but given that we were just handed this release, we expect the figure to be listed very soon.) 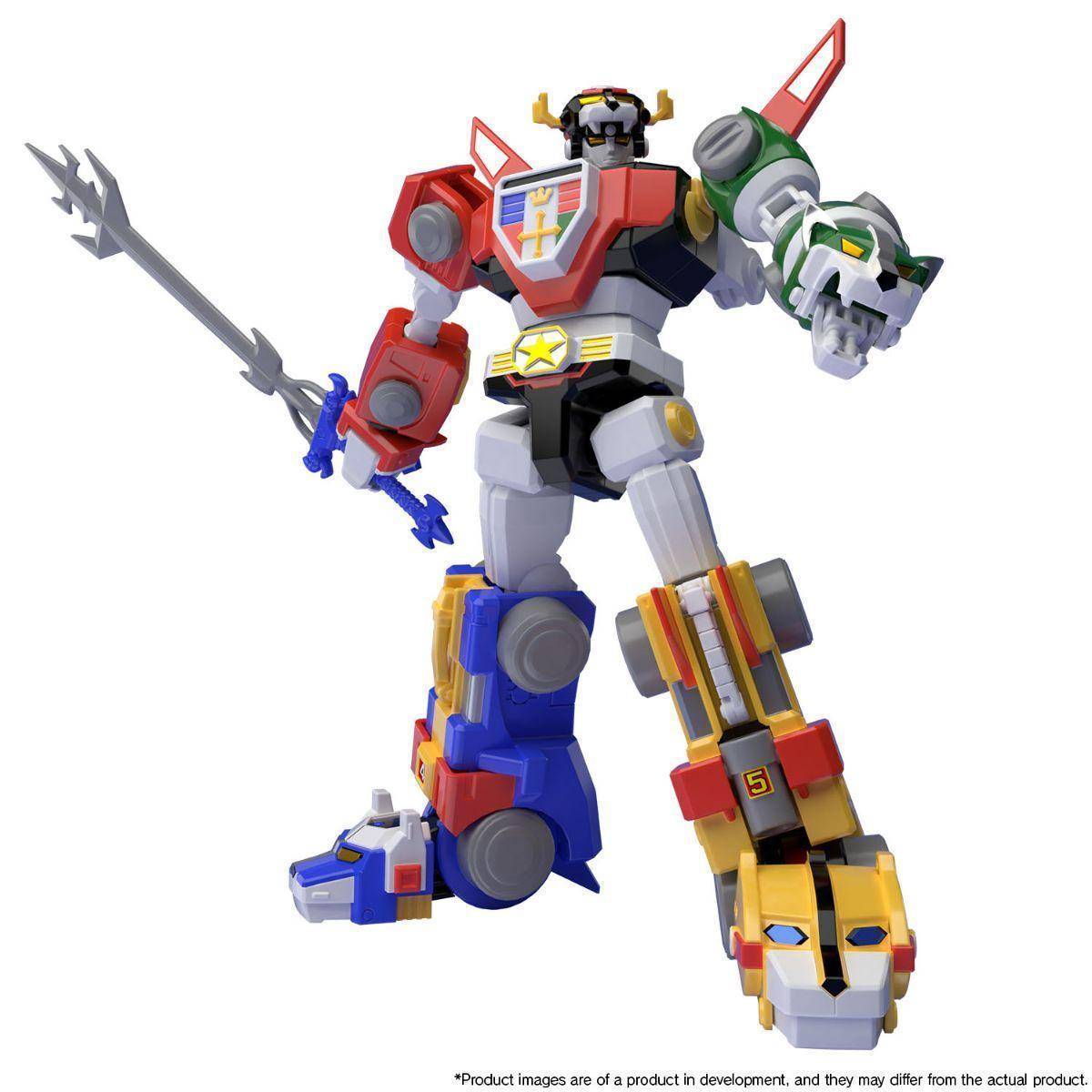