I realize I posted something about the new “Godzilla” movie not that long ago. But I want to post something about it again. This is the big action movie I’m excited about for 2014, actually.

First up, the impressive poster that was revealed at Yahoo! Movies. Godzilla looks huge. 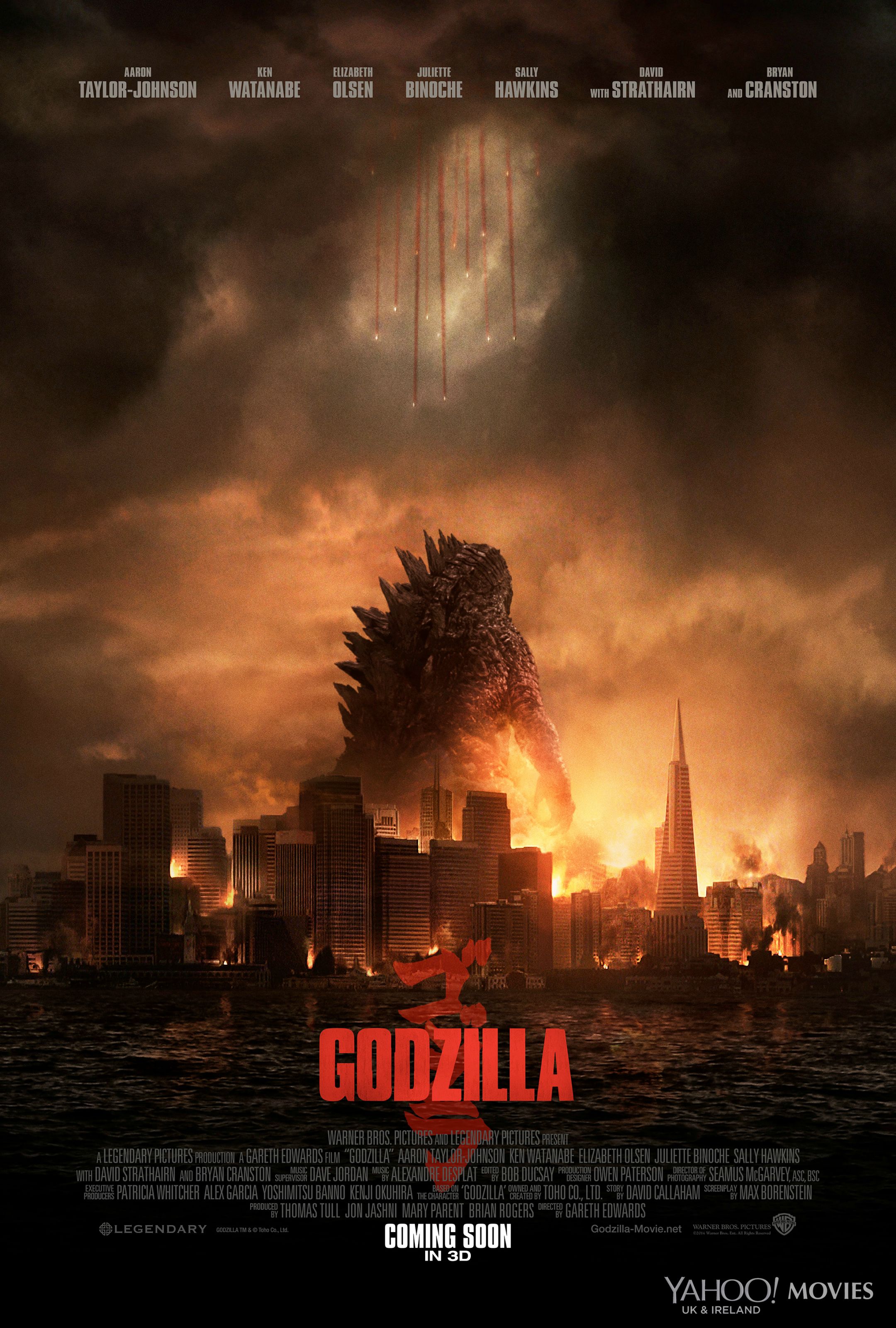 But that is nothing compared to the brand-new trailer that just got released. Observe:

And hopefully this will erase the memory of the poor 1998 film once and for all.

Gareth Edwards directs the new adaptation, with Aaron Taylor-Johnson, Elizabeth Olsen, Bryan Cranston, and Ken Watanabe starring. Release will be in May 2014.

Godzilla Vs Kong Opens In Theaters And HBO Max

As monster mashups go, it doesn’t get bigger than Godzilla Vs. Kong. The pair are the most famous kaiju in the world, but apparently there’s only room at the top for one. Why, exactly, are they fighting anyway? Both characters were established as basically good eggs at the end of

Godzilla vs. Kong Trailer reveals some details on the story

Mark March 26 on your Calendar because these two titans titans will collide. This film is a reimagining and a remake of a 1962 Japanese classic Godzilla vs. King Kong. The movie will continue where Godzilla: King of the Monsters left off. Godzilla vs. Kong  is the fourth movie in

IDW And Godzilla To Become Partners Of Destruction

If there’s one entity in this world you definitely want on your side, it’s Godzilla, King of the Monsters. IDW knows this, which is why they’ve made a deal with the tyrannical lizard to star in a new string of books, officially licensed by Toho. IDW has published Godzilla books

Netflix failed to convince Warnermedia to have Godzilla for streaming

Godzilla vs. King kong lost its chances to be a box office giant because of Covid 19. Dreams of this film having worldwide cinematic glory is all gone. This crossover Kaiju film is actually a remake of a 1962 Japanese movie King Kong vs Godzilla. That Kaiju battle is a