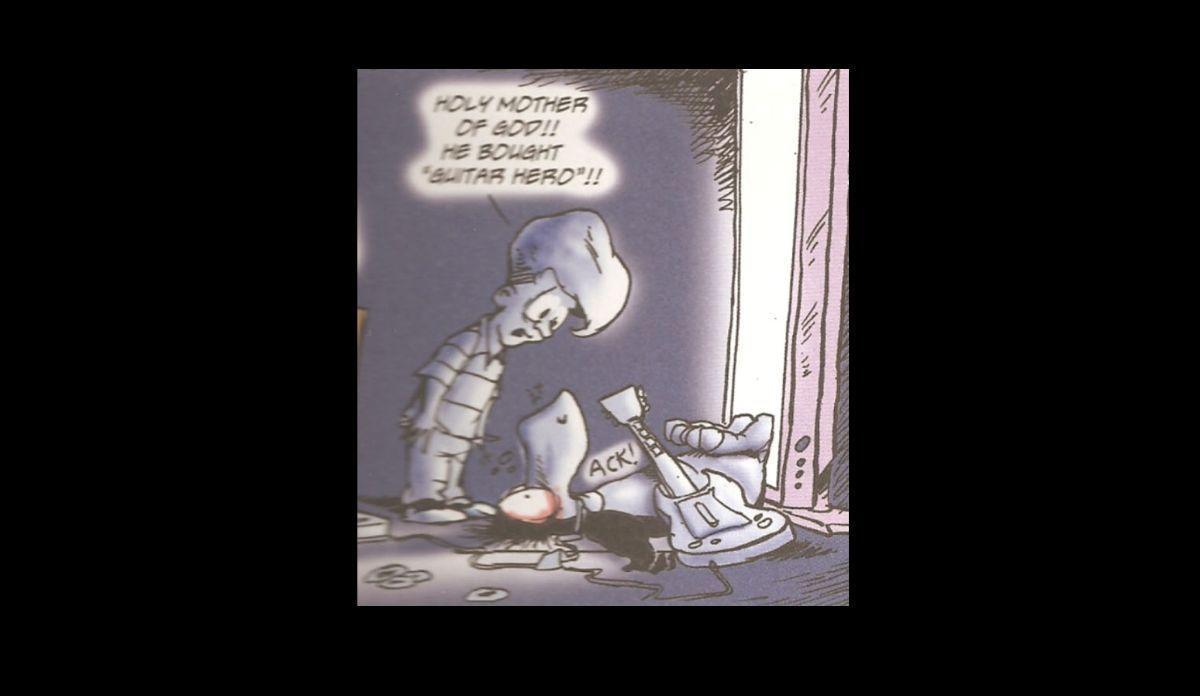 Think back to last decade when timed-response games set in rhythm to rock classics were big business, and so were the giant plastic peripherals that came with them — fake guitars came first, then phony drums, pianos, you name it. It became the defining fad of last gen’s hardware; everybody had Guitar Hero, Rock Band or both, and would get together to jam as often as possible.

As anyone who once made money off Farmville or Angry Birds will tell you, a concept so simple isn’t sustainable indefinitely, and as players started to get bored, Activision and Harmonix drowned them in more spinoffs, add-ons and downloads than they could manage to care about. Then the Great Recession hit and having a plastic guitar in your house didn’t matter nearly as much as food, so the peripherals were pawned by the thousands. The market was painfully flooded, the fanbase moved on, and music games became worthless.

Until this week, when Harmonix teased the return of Rock Band AND Activision teased the return of Guitar Hero, possibly as early as this year. Both revived series will launch on modern consoles and come with their respective space-hogging peripherals. They haven’t spoken a word about smartphone or tablet compatibility, but I’m willing to bet they think being able to virtually download the guitars is going to make a difference, similar to Alf coming back in Pog form.

That’s what the companies want, but what about the consumers? What do you think — would you be willing to once again strap on a fake guitar and hit colored buttons when prompted for three minutes at a time, or do you feel the whole thing was a fad that ran its course years ago? You’ll be able to vote with your money soon enough.