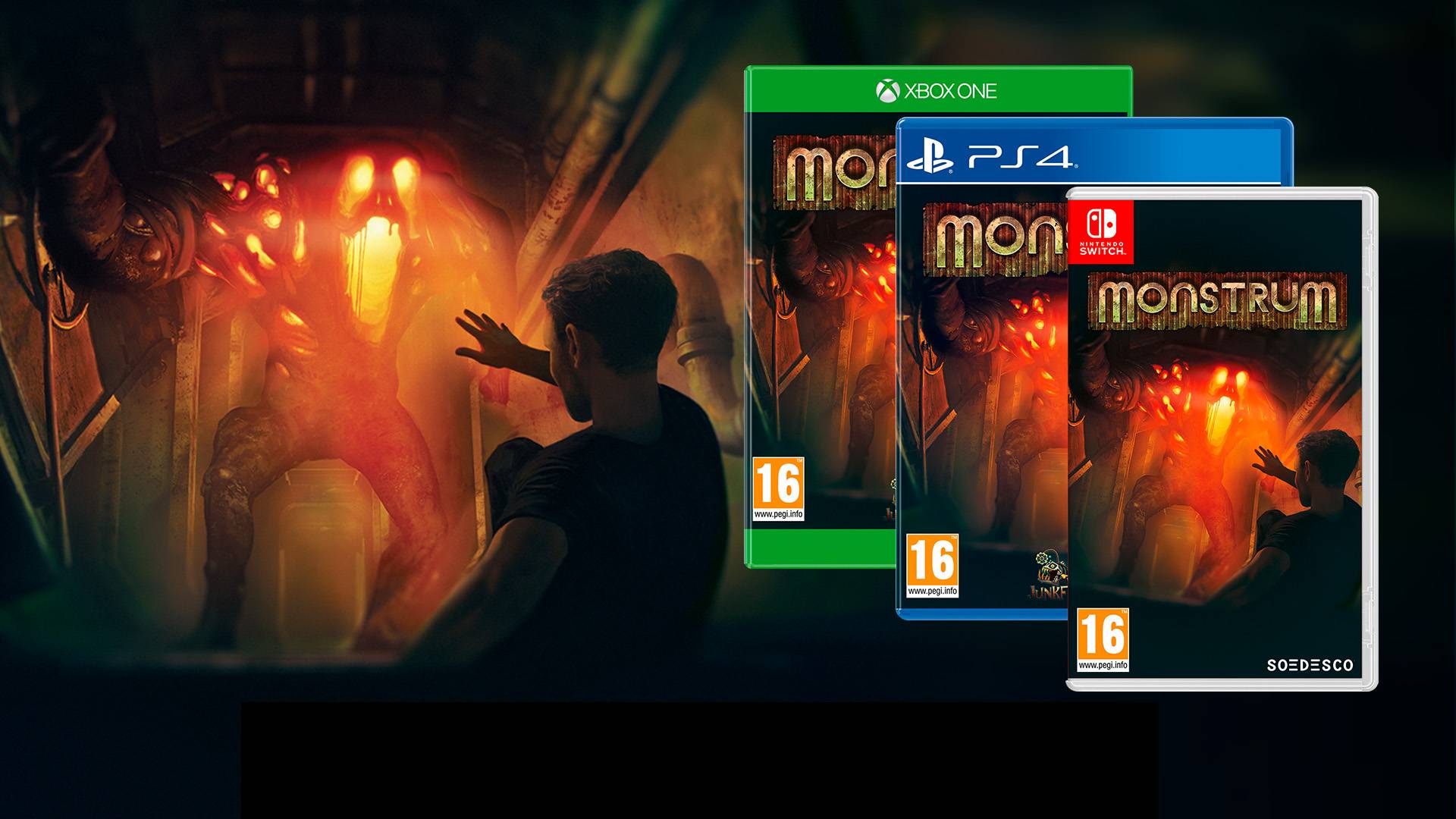 The survival horror game Monstrum was released digitally on consoles last May, and the PC before that. Publisher SOEDESCO promised a physical release would happen eventually, and it looks like they’ll keep that promise…it will be released physically on all consoles this September.

The premise of Monstrum is that you’re stuck on a cargo ship, along with one other passenger…a bloodthirsty monster! Imagine an enemy as unstoppable as Nemesis, as cunning as the Xenomorph from Alien Isolation, and as lethal as a Master Tonberry (hey, they’re just as scary). That’s the creature you’re dealing with in Monstrum…it pursues you relentlessly, and you can’t kill it…you can only slow it down and get it off your trail for a while.

Worse yet, if the monster gets you, that’s it. It’s permadeath — you have to start the whole game over. And the fact that the layout of the ship is different every time means it won’t be any easier on the second go! Even the monster is randomized — you won’t know what to truly expect from it, only that it has to be avoided.

●     Survive a changing environment and monster with each new game
●     Use whatever you can find to outwit the monsters and escape the ship
●     Hide, distract, and run, but be careful not to fall into the numerous traps
●     Death is permanent.  Try to stay alive or you’ll have to start all over again

The physical Monstrum cannot be stopped and hits Playstation 4, Nintendo Switch and XBox One September 25.

The Possession Diaries Takes Over This June