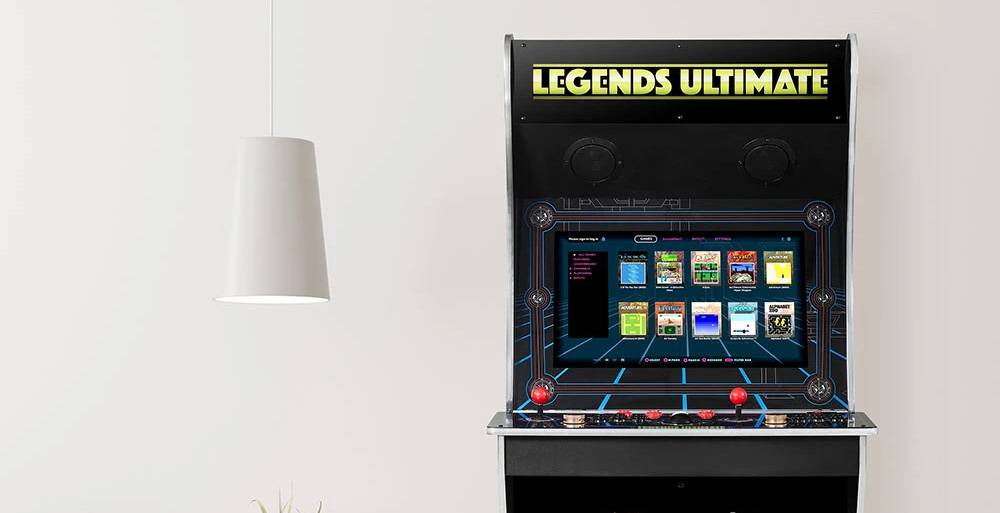 Last year AtGames got into the home arcade business with the Legends Ultimate Arcade Machine. At the time of its announcement, we held a skeptical view on the product, given AtGames’ reputation and their history of badly put-together “retro” plug-and-play machines that filled the gift shelves of drugstores last decade.

But ever since its release, we haven’t heard very many complaints. In fact, we’ve been hearing quite a few compliments. According to the video below, the construction is sturdy, the machine is simple to set up, the built-in library of titles is solid, and it is VERY easy to add more (officially and otherwise). Did AtGames finally get one right? Seems so.

The Legends Ultimate is enough of a success that a European version is now being introduced to the UK market, courtesy of Liberty Games. The British model looks very similar to the US one, except with a slightly different lineup of logos on the front (it now advertises the fact that it has Genesis Aladdin and Lion King). The US cabinet will also be getting this revision soon.

Legends Ultimate contains controls for a wide variety of arcade games….joysticks, multiple buttons for two players, and a trackball, as well as paddle-like “spinners” for those VERY early Pong-style games. The menus are customizable and the machine connects to the Internet to display online leaderboards and DLC content.

Preorders for the Legends Ultimate opened in the UK this week and it is being sold at 799 pounds, or about a thousand US dollars. We’re more fortunate over here…the price has been reduced to $599. It’s also in stock again after being unavailable for several months, so preorder away, folks.

Masters Of Doom: The TV Series

The Mario Bros Movie Is Still Humming Along