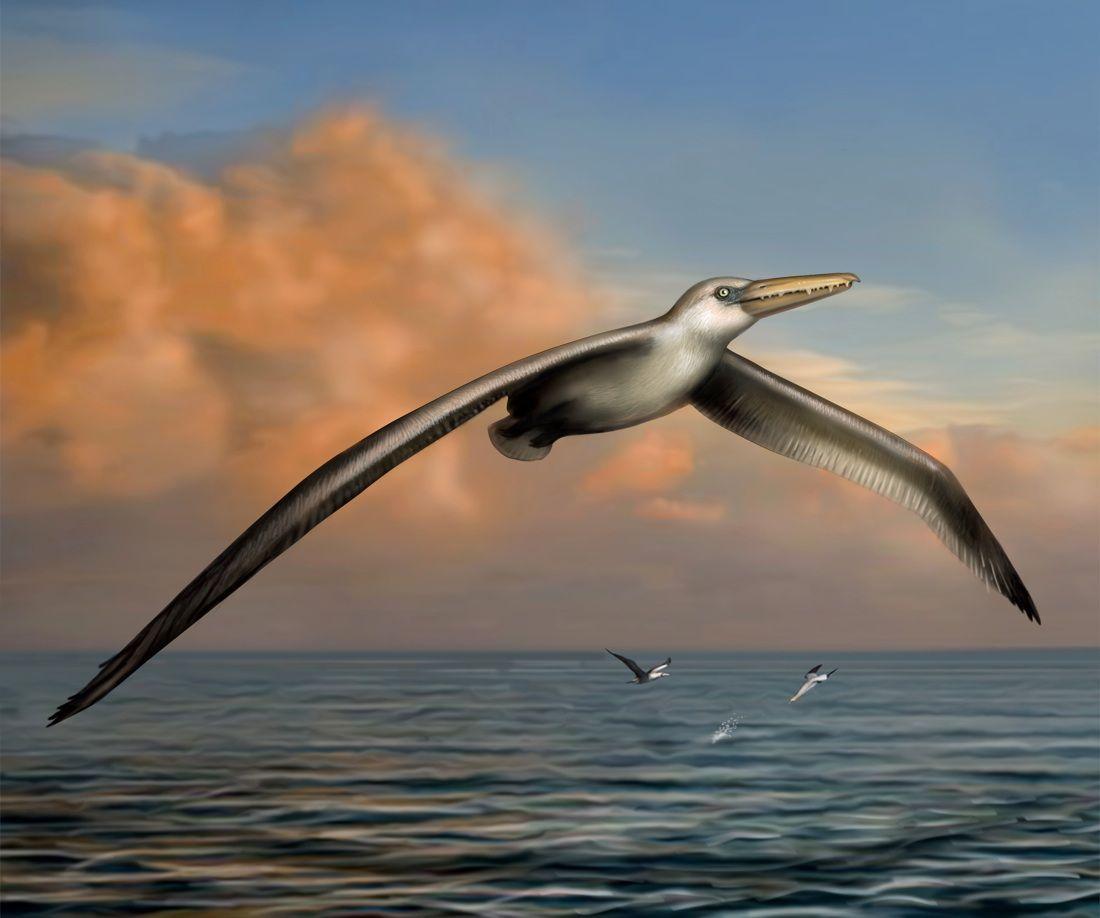 Now that’s a big bird! When he asks you how to get to Sesame Street, you tell him and add “sir!” to the end.

The fossilized remains of what scientists are calling the largest flying bird ever found were dug out in 1983 in Charleston, South Carolina, by workers building a new terminal for the Charleston International Airport, and were so big the workers had to use a backhoe.

A recent study of the fossils by paleontologist Dan Ksepka has identified the bird as a newly discovered species of pelagornithid, an “extinct group of giant seabirds known for bony tooth-like spikes that lined their upper and lower jaws.”

The bird was named ‘Pelagornis sandersi‘ in honor of Charleston Museum curator Albert Sanders, who led the excavation of the bird, which was a much more scientific option than filling in the hole with cement and never speaking of the creature again.

P. sandersi soared the skies 25 to 28 million years ago over the stretch of ocean that would eventually recede to become Charleston. It had a wingspan of 20 to 24 feet, making it twice as big as today’s largest flying bird, the Royal Albatross, and edging out its closest extinct competitor, the “condor-like” Argentavis magnificens.

The bird was so big that it’s unlikely it was able to take off and fly the way today’s birds do. Instead computer modeling shows it might have “gotten off the ground by running downhill into a headwind or taking advantage of air gusts to get aloft” like a hanglider. In the air, however, it must have been beautiful, it’s long, slender wings perfectly suite for efficient gliding, swooping to the sea to snag anything unlucky enough to get its attention.

“It’s a really remarkable species, Ksepka told Live Science. “It really pushes the limits of how big we think flying birds can get. Getting a chance to add something like this to the avian evolutionary tree is really exciting.”

Image Credit: A reconstruction of P. Sandersi by Liz Bradford