King Cohen Is On A Rampage – Documentary Film Review

According to King Cohen, a new documentary from director Steve Mitchell, the filmmaker Larry Cohen is a bulldozer of creative force who broke through “the rules” of Hollywood to create a slew of films that shattered racial stigmas and skirted the boundaries of good taste. By looking back over the life and career of this writer-director-producer, Mitchell reveals an inspiring story that like his subject, manages to provide pure, unadulterated entertainment.

I had heard rumors of this documentary through passing mentions on some of my favorite movie podcast and blogs over the last few years, but the name Larry Cohen meant nothing to me. Even after hearing familiar movie titles like It’s Alive, The Stuff and Phone Booth, I realized I had never actually seen his work. We all make mistakes. 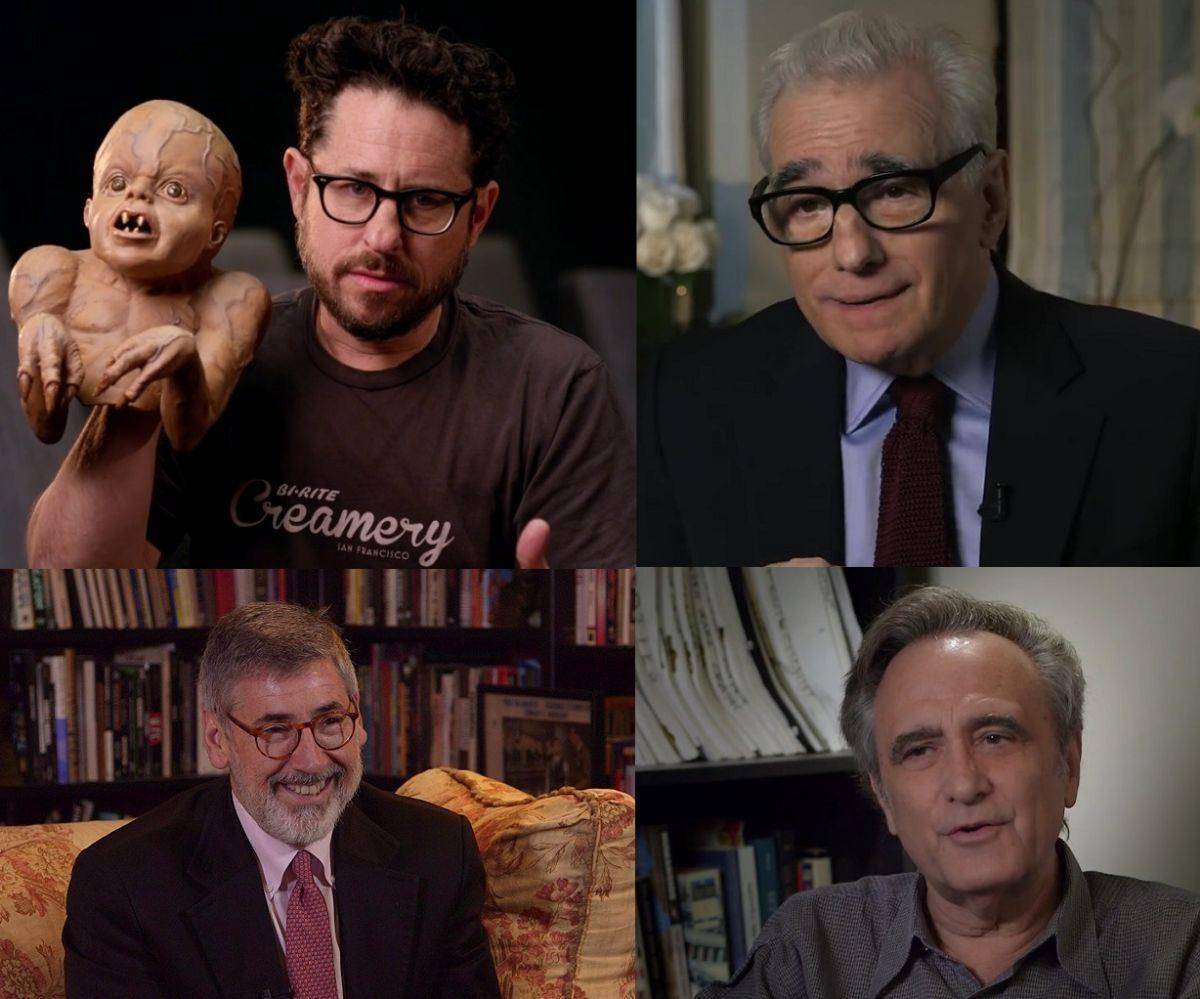 As a voracious consumer of movie industry related documentaries, when a film opens with an anecdote by JJ Abrams about meeting Larry Cohen at a Los Angeles bus stop, it becomes instantly clear that it’s for film nerds. You know the subject really has a cult status when directors like Martin Scorsese, Joe Dante and John Landis show up in the interview chair to add their two cents. So if this sounds like your kind of movie minutiae, join me as I break down the fascinating tales of King Cohen.

Looking behind the camera, Steve Mitchell may be another name that isn’t on the tip of your tongue, but you know his work. For cartoon loving children of the 80’s Mitchell had his hand in writing episodes of your favorite animated series such as G.I. Joe and Transformers as well as co-writing the 80’s slasher Chopping Mall with his friend, Jim Wynorski.

Mitchell also had a 30 year career in the comic book industry, which geeks like this reviewer have a great admiration for. Finding himself connected to the world of eccentric creativity, Mitchell was the perfect person to guide this film conversation about a truly unique individual.

Right off the bat viewers realize that the antics of Larry Cohen both on and off his movie sets instantly inspires a chuckle or a wry smile from everyone who has worked with him. From actors to cameramen and even wives past and present, these individuals can’t believe they witnessed, let alone survived the experience. 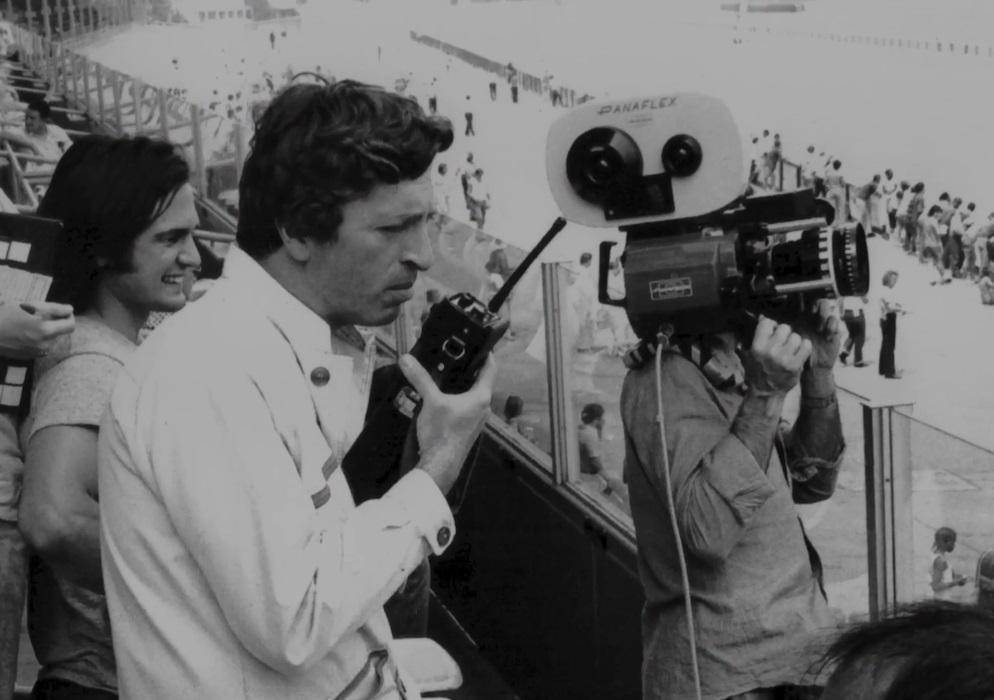 By all accounts Cohen was a madman, creating films by the seat of his pants and operating on the philosophy of it’s better to ask for forgiveness rather than permission. Yet somehow he has gained the respect of his collaborators, so what is this loose cannon of cinema all about? 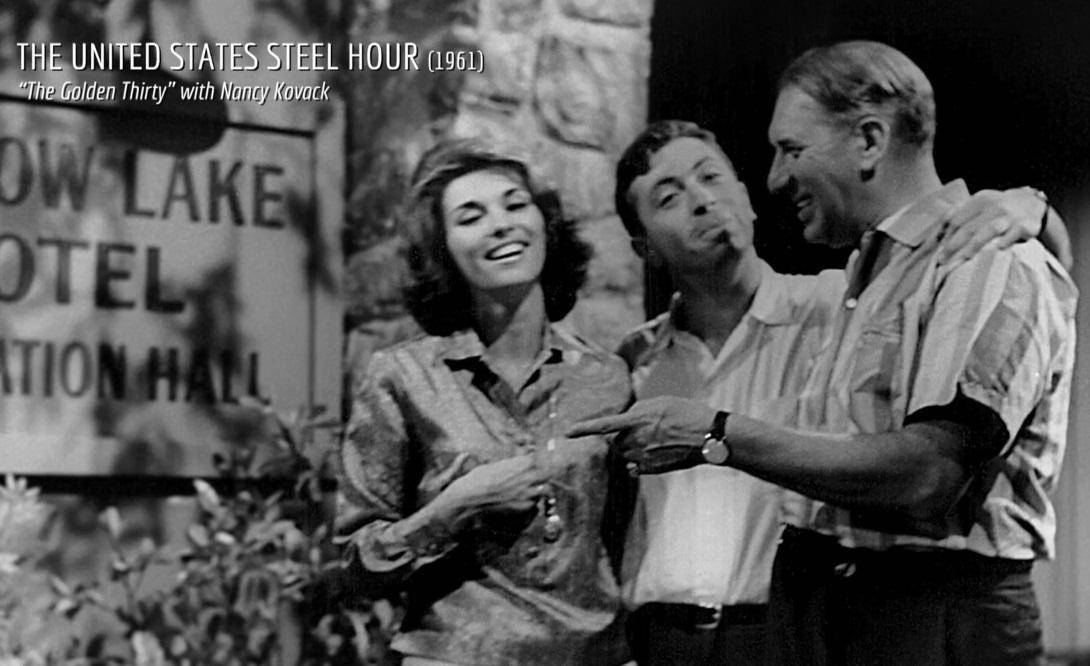 A lover of cinema, who managed to break into the infancy of television during the 50’s by sheer force of will, Cohen began having scripts produced and soon received Creator credits on programs that were years ahead of their time in terms of thematic content. Despite his success, Cohen’s projects were often produced as watered down versions of his original concept, ultimately pushing the writer to become a director in his own right, simply to protect his creative vision.

As someone who has produced several films out of pocket, simply to see my own writing translated into live action, I felt a kinship with Cohen instantly as he explained his desire to produce these scripts on his terms, even if it meant less money was available for the actual production. But he wasn’t completely alone, seeing his passion, many talented individuals jumped onto these films and Mr. Cohen’s wild ride. 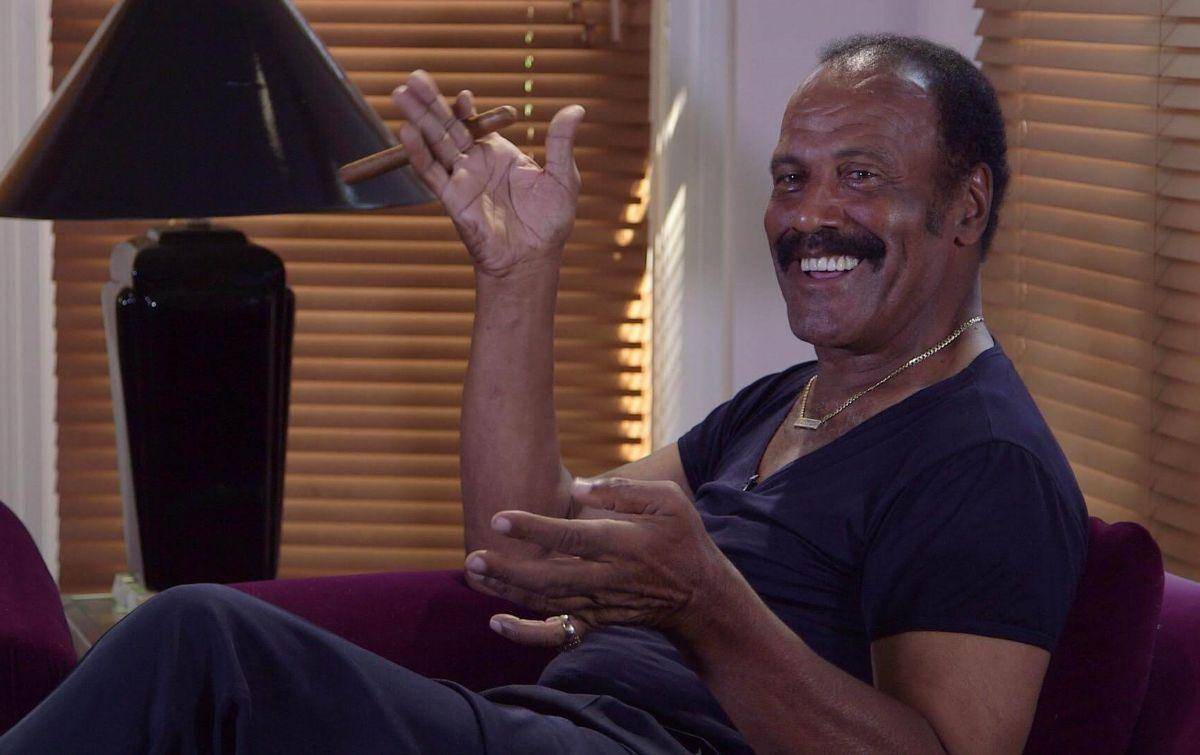 Fred Williamson, star of countless Blaxploitation films of the 70’s credits Cohen with breaking down the color barrier in terms of producing films with black lead actors with movies like Black Caesar and Hell up In Harlem. Cohen was also breaking laws by ignoring the need and expense of filming permits, simply pushing his actors onto the streets of New York (sometimes literally out of moving cars) with everyday citizens unknowingly becoming extras in the film.

One of the most iconic car chases in film is The French Connection, in which director William Friedkin himself took a few liberties in terms of safety, but Cohen upped the ante by simply driving a moving vehicle up on a New York sidewalk and expecting people’s survival instinct to move them out of the way.

Or how about getting a scene for God Told Me To by sneaking Andy Kaufman into an actual police march and having him brandish a firearm for a fake assassination attempt that led to the comedian being tackled by the surrounding officers? Guerilla filmmaking in the purest sense of the word. 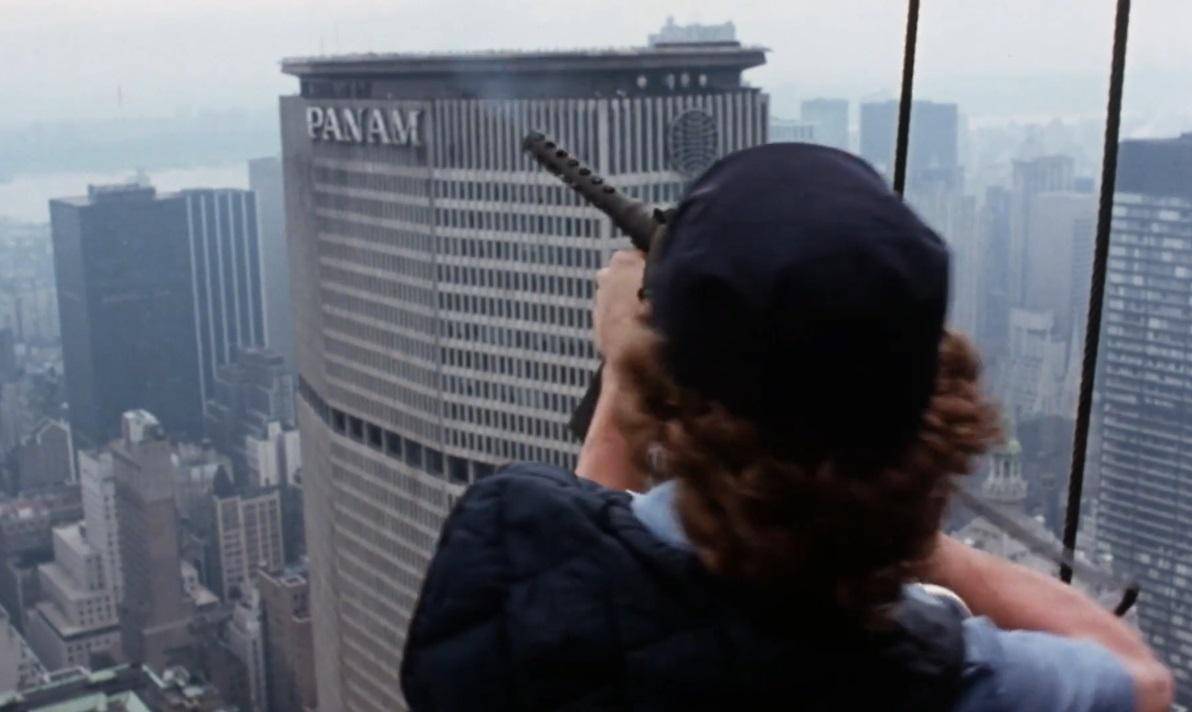 Robert Rodriguez may have built a career on this kind of scene stealing for his film El Mariachi, but the man who would make Machete is a petty thief compared to the cinematic grand larceny perpetrated by Cohen. On the set of his movie Q: The Winged Serpent, the maverick director had men fire machine guns while hanging off the side of the Chrysler building, causing panic in the streets below as Chicago police officers were called to the scene on a report of a terrorist attack. That’s some balls, folks. 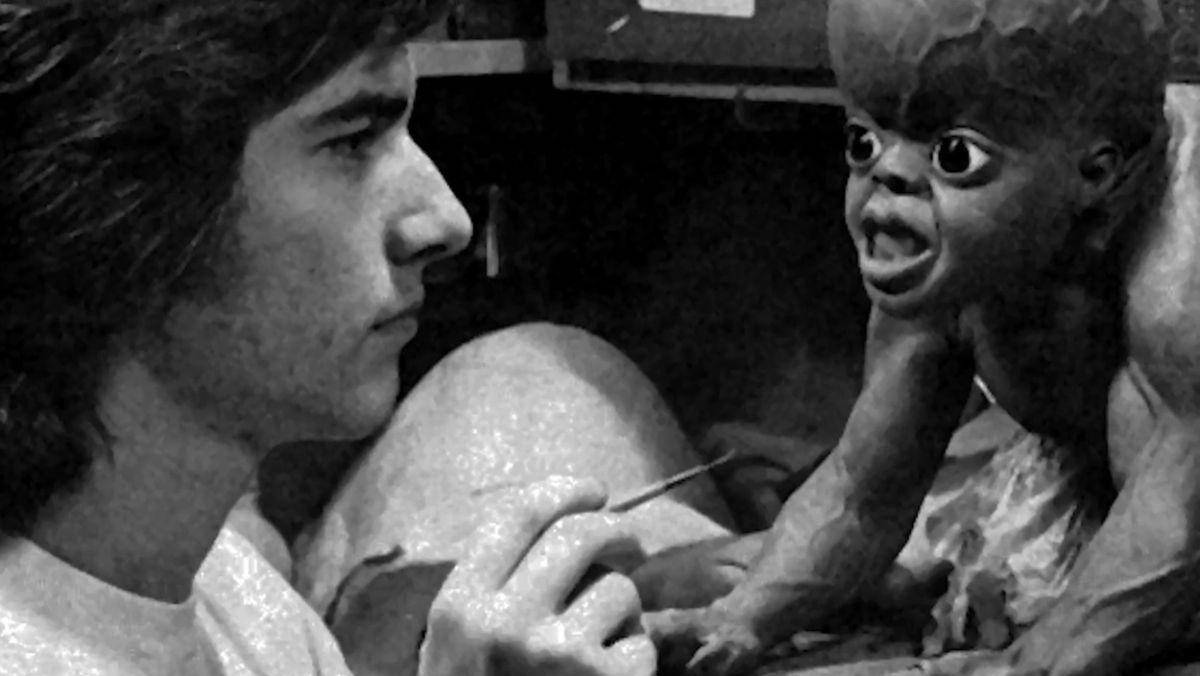 If you were a subscriber to Fangoria back in the day, you’ll get a kick out of special effects legend, Rick Baker’s segment where he tells the tale of how he created the Davis Baby model for It’s Alive and how it became a full prosthetic situation for someone very close to Cohen. 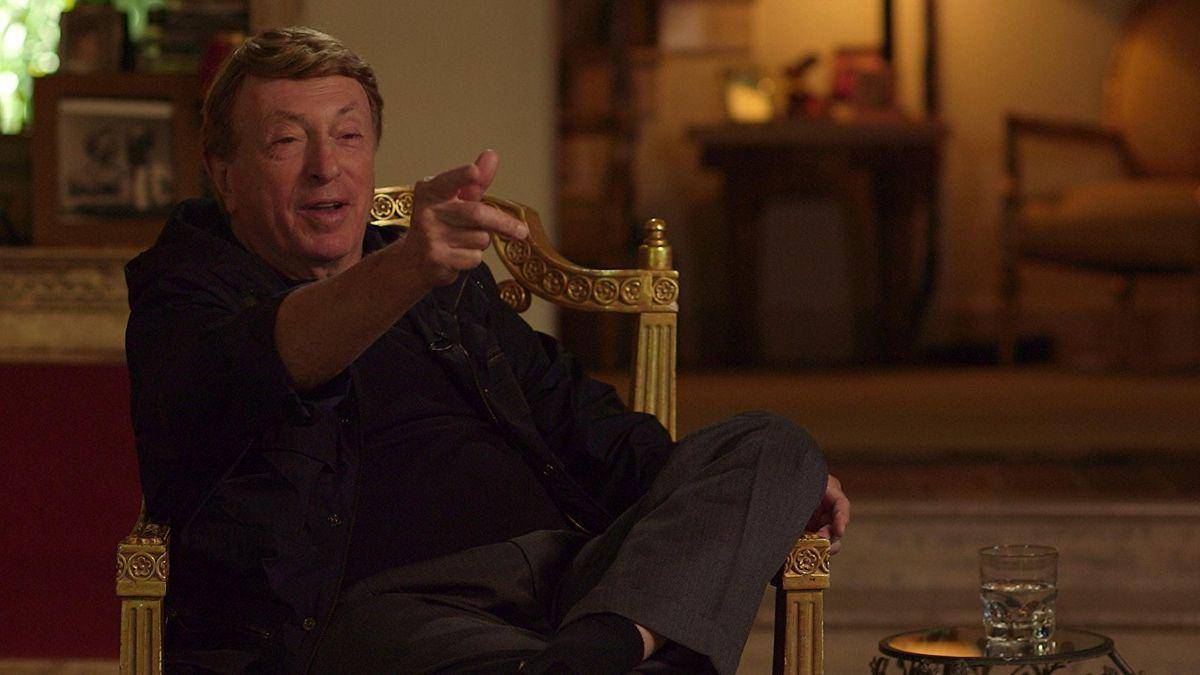 These are just a few of the stories featured in this expertly shot and edited documentary, which lead Cohen himself to exclaim, “I wouldn’t believe it myself if I hadn’t lived it”. If you are a film geek with an appreciation for a time when movies were literally dangerous, you will love King Cohen. If you’re simply a fan of a good anecdote at a cocktail party, Larry Cohen’s got a million of ’em and you won’t be disappointed.

Having already won the 2017 Fantasia Fest Best Documentary Feature Audience Award, King Cohen from Darkstar Pictures has a full theatrical run beginning in Los Angeles and New York on 7/27. Check your local listings for a screening near you.